Allegations of a "dirty tricks" campaign to help Qatar win the bid for the 2022 soccer World Cup aren’t the first controversy for PR firm BLJ Worldwide.

In 2011, the agency gained unwanted attention for trying to improve the image of Syria and its dictator, Bashar al-Assad. The firm has also been called out for representing the late Libyan leader Muammar Gaddafi and his family and the Mujahadeen-e-Khalq, a controversial Iranian resistance group.

In addition to past unflattering stories in media outlets such as The New York Times and the Los Angeles Times, the firm has also drawn the ire of the public relations community. In a letter to the Financial Times in 2011, Rosanna Fiske, former national chair and chief executive of the PRSA, said BLJ’s work for the ruling families of Libya and Syria was "distinctly against the ethical tenets of modern public relations."

And, on Sunday, the London Times published an investigation of the firm's involvement in helping Qatar successfully bid to host the 2022 World Cup.

In a press release issued in December 2010 after the winning bid was announced, BLJ partner Michael Holtzman said: "We felt the bid had a very strong case to make for the power of football to help change perceptions of the Middle East and to help promote greater understanding between peoples. Qatar was the perfect location for FIFA to accomplish these goals.

"The Bid Committee, led by the unwavering dedication of Chairman Sheikh Mohammed bin Hamad Al-Thani, worked tirelessly for nearly two years, and they deserve all the credit for inspiring millions across the region and the world. We were honored to be a part of it."

Here’s a brief look at Holtzman and one of the firm’s founders, Peter Brown. 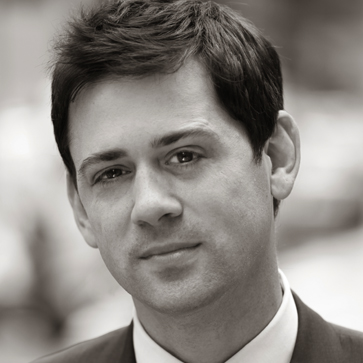 An email leaked to the London Times newspaper reportedly detailed a four-month "extensive campaign" that BLJ conducted to discredit Qatar’s competitors for its World Cup bid.

However, Holtzman's career started out very differently. One of his first jobs was FEMA’s media liaison after the 1993 World Trade Center bombing. He later served as director of public affairs for think-tank the Council on Foreign Relations. Holtzman’s star really began to rise after he left the organization to join Weber Shandwick.

While at Weber, Holtzman won PRWeek’s PR Professional of the Year in 2002, in part for helping manage Beijing’s successful campaign to host the 2008 Olympics. The effort also won PRWeek’s 2002 International Campaign of the Year.

Holtzman was also loaned to government service twice while at Weber, first to the office of the U.S. Trade Representative and later as FEMA’s media liaison at Ground Zero after the September 11 attacks. In 2002, after winning the awards, Holtzman was lured to BLJ.

Holtzman made headlines in a way most PR pros try to avoid after BLJ placed a glowing article about Syria’s first lady in the March 2011 issue of Vogue. The issue hit newsstands amid the brutal repression of Syrian dissidents.

The story was pulled from Vogue’s website under public pressure, and its writer was fired. As violence in Syria spread, BLJ reportedly cut ties with the Assad regime -- though some reports stated not completely.

Holtzman was also at the center of the ultimately tragic story of freelance journalist James Foley. In 2011, prior to his death at the hands of ISIS, Foley and three other freelancers were imprisoned for 44 days by Gaddafi forces in Libya. Because of his Gaddafi family ties — according Steve Clemons, Washington editor at large for The Atlantic — Holtzman was able to help free Foley. Foley was kidnapped again and then beheaded by the Islamic State in 2014.

However, Holtzman was tied to other controversial assignments. In 2016 he was hired, via another company he runs called Bellwether Strategies, to salvage the image of Panama in the wake of the release of the Panama Papers.

According to documents lodged under the Foreign Agents Registration Act (FARA), Holtzman is the sole proprietor of Bellwether. The company shares at least one employee, Ethan Wagner, with BLJ and has also listed the same New York address on FARA documents. 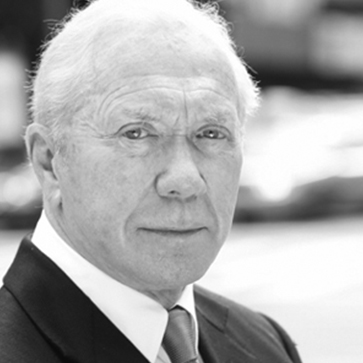 "Unlikely" is one word for Peter Brown’s journey from manager of a section of a department store to manager of The Beatles to founder of a PR firm that has worked with dictators and insurgent groups.

According to The Beatles Bible, Brown became friends with the band’s manager, Brian Epstein, while managing the records section of a Liverpool department store. As their friendship grew, Brown became increasingly involved in The Beatles’ inner circle.

In 1967, after Epstein died, Brown assumed management of The Beatles and of Apple Corps, the record company the band started in 1968. Brown was eventually replaced as manager by Allen Klein and then, after resigning from Apple Corps, never rehired.

In 1983 Brown, along with author Steven Gaines, wrote a tell-all book about his experience with Beatles called, "The Love You Make - An Insider’s Story of The Beatles."

Shortly after The Beatles’ demise, Brown became president and CEO of the Robert Stigwood Organization, a theatre, film production, and personal management company, according to his bio on the BLJ website. Several years later, he formed the precursor to BLJ Worldwide.

The initials in BLJ stand for those of Brown, Sir Nicholas Lloyd, Howell James, both of whom were advisers to upper levels of conservative governments in the U.K. Lloyd formerly edited British tabloid newspapers the Daily Express, Sunday People, and News of the World.

The agency was formerly known as Brown Lloyd James and had offices in London and New York, as well as around the world, until 2010. According to a lawyer for BLJ London, the firm separated in 2010. But Brown was still pitching media outlets under the Brown Lloyd James banner in December 2010, when Qatar was awarded hosting duties for the 2022 World Cup.

In 2008, BLJ began working for a Gaddafi family confidant and subsequently one of the Libyan dictator’s sons, Saif al-Islam, according to a 2011 article in the Financial Times. That assignment earned BLJ a reputation in the region that ultimately led to it working for the Assad regime in Syria, according to the newspaper.

In that same 2011 article, Brown defended his company’s actions, saying they would ultimately be seen as having been on the right side of history. He also doubled down on his willingness to work with controversial governments and leaders.

"I would love to take on Iran as a client," Brown told the newspaper. "There are areas of commonality that ought to be exploited."

In 2015, Queen Elizabeth II appointed Brown CBE, or the Commander of the Most Excellent Order of the British Empire, an honor a few levels below a knighthood intended to reward civilians for community accomplishment and achievement.