Staffordshire Fire and Rescue Service’s (SFRS) campaign, pitched primarily at boys aged 13-17, runs from this week throughout the summer and is intended to reduce the number of deliberately started outdoor fires from that during the same period last year.

The message SFRS hopes to get across is that setting outdoor fires can have serious consequences and can result in the perpetrator receiving a £5,000 fine and a criminal record; it is also urging members of the public to call 999 if they spot a fire.

The centrepiece of the campaign is a two-minute film – a dramatisation of a game of Truth or Dare between three teenagers, shot in the 'found footage' style.

The teenagers, played by local fire cadets, play a game that culminates in one of them setting fire to a pile of rubbish, under pressure from his friends, with horrific consequences. 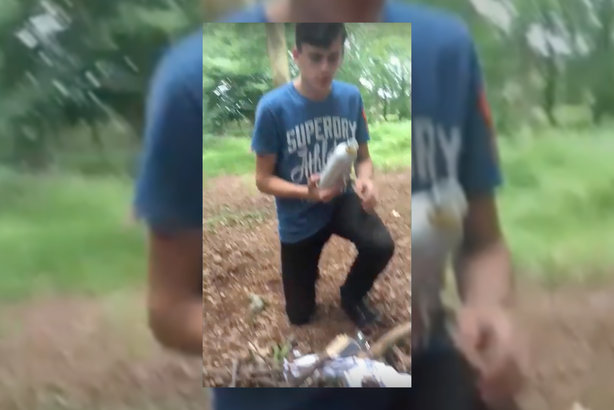 The campaign has used social media channels, including Instagram, Facebook and Twitter, to disseminate the film and pick up engagement and shares from followers of SFRS channels and other social media users, including the target audience.

The film will also be circulated among local community and parent groups, via Facebook, to bolster support for the campaign.

An accompanying press release to explain the scale of deliberately started fires was issued to local media outlets this week and includes interviews to maximise coverage.

SFRS’ media team coordinated a video press release to go out on social and local media which is deliberately heavy on digital content, including Instagram Stories, gifs and emojis, to use the full potential of the visual language of social media.

Branded pop socket freebies will also be given out at sports activities aimed at keeping teenagers occupied during the summer, while paid-for campaign advertising will feature on local buses.

The SFRS is also negotiating with local cinemas to screen the campaign during the trailers before films that attract a teenage audience.

Scale of the problem

The campaign will be used by other public sector organisations, including Staffordshire Police and social services Prevent teams, as part of their work to run "diversionary activities" to deter teenagers from setting fires.

SFRS said it attended more than 360 outdoor fires in June and nearly 300 in the first two weeks of July, compared with 180 and 100 respectively in the same two months of last year.

The fire service estimated that about 70 per cent of the outdoor fires it attended, on moorland or in parks, were started deliberately.

Every year we see a surge in the number of deliberate outdoor fires but this year has been particularly worrying.

Fire crews battled what they believe was a deliberately started fire on Saddleworth Moor, near Manchester, for nearly three weeks over June and July during which a major incident was declared and soldiers brought in to help.

Matt Gannon, a comms officer at SFRS, told PRWeek: "Every year we see a surge in the number of deliberate outdoor fires but this year has been particularly worrying. We are hoping that the realistic style of this campaign video will help young people realise just how dangerous it is to set a fire. Ultimately we want to make them think twice and prevent fires in the open… The video is just the start of our summer-long campaign, which involves us working with partners to run diversionary activities in the hope of deterring young people from setting fires."