Characters Luke Skywalker and Finn, played by Mark Hamill and John Boyega respectively, are supporting the campaign, launched last month, which is the latest instalment in a five-year partnership between the public-sector body and the film company.

Part of PHE’s broader Change4Life campaign to promote healthier lifestyles, it centres on a 14-minute 'Train like A Jedi' film in which Hamill says: "This summer, Change4Life can help you, train like a Jedi, and may The Force be with you."

The film is fronted by double Olympic gold taekwondo champion Jade Jones. She demonstrates an exercise routine encompassing bending, stretching, lunging, jumping, running and kicking, that she describes as "special moves which will help you improve lots of important Jedi skills".

The sequence of moves has been specially designed to increase children’s heart rates and prospective Jedi are told: "The Resistance needs you! Master the ways of the Jedi with these 12 moves. Practice them every day for 10 minutes, if you can!" 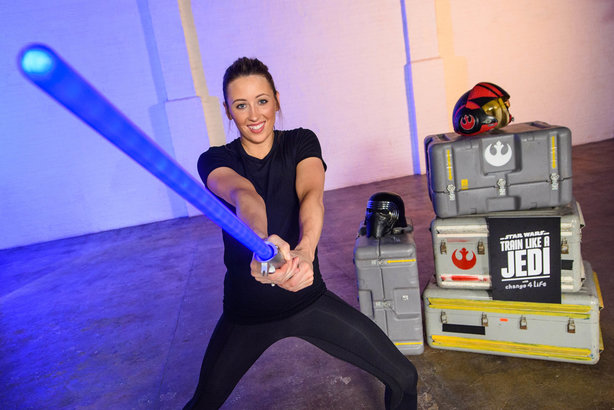 He commented that the campaign, "taking inspiration from the characters and stories of Star Wars, will show kids that it’s fun to exercise and hopefully encourage them to do just that."

This comes after research by PHE and Disney revealed that 82 per cent of children said seeing their favourite characters being active inspires them to move more.

The campaign aims to increase the number of children getting enough exercise – just 23 per cent of boys and 20 per cent of girls aged 5 to 15 currently achieve the recommended level of 60 minutes a day.

PR activity to support the campaign is targeting national and regional health correspondents as well as education trade media.

Other elements include digital advertising, an email programme, social-media campaign and regional roadshows.

In addition, 3.8 million Train like A Jedi packs have been distributed to schools during the summer term for children to take home. These contain Star Wars-themed challenges designed to inspire children to continue training over the summer.

PHE is sharing the campaign materials with local authorities, NHS, NGOs and other partners.

The success of the campaign will be measured by a mix of metrics including web hits, video views, social-media engagement and downloads of materials, as well as campaign reach and levels of engagement and participation.