The gathering in Antibes, held during the Cannes Lions event in June, was discussing ways to improve the output and credibility of UK PR agencies.

Gemma Vardon, executive creative director at Golin, said: "We need to do more as an industry to actively recruit and build diverse teams. That isn’t just about having more women in senior creative roles. It’s about proactively going out and finding people from different upbringings, from black and minority ethnic backgrounds, and diversifying the age of the people we hire – from 16 to 60."

More from the PR Cannes Fringe: campaigns the group like (and ones they don't)

Warren Johnson, founder of W, said: "I think the biggest issue is that most people coming into the industry are picking it and they might be great but we need to inspire people that haven’t thought of it. So, kids that make YouTube videos at home that don’t really know what PR is. I think our job is to go and inspire at sixteen, seventeen, eighteen, inner-city schools, outer London schools. It’s not about filling a quota of grads."

"Clearly, it’s in all our interests to invest in diversity because we can’t double-down on creativity unless we invest in a diverse workforce," said Peter Mountstevens, managing partner at Taylor Herring. "We’re not serving a homogeneous audience, are we? We can’t expect five white middle-class guys, from similar backgrounds, schools or universities to come up with ideas that are going to resonate with the vast range of audiences we are trying to reach, week in week out... it simply doesn’t work - so diversity is absolutely crucial to our business model."

All roads lead to Stormzy

W’s ECD Mark Perkins illustrated this point by being candid about non-diverse brainstorms: "So, there’s fifteen of us in a room and the brief was how do we engage with more, young Afro-Caribbean people to donate blood and become organ donors? It was a critical issue and the fifteen people around the table were all white and middle-class and mostly middle-aged. We were talking about it afterwards and whenever you get a youth brief or a BME brief it seems that all roads lead to Stormzy and then, after two minutes, people are looking up other grime artists.

"We didn’t have anyone in the room who could actually provide that answer. It’s not just PR agencies, it is recruiters who have a bias, too. So, our job is to change the pipeline."

On this point, Mischief’s Frankie Cory added: "Too many times I’ve been waiting for the CVs to come out. I think we have to go out at GCSE level and speak to classes aged 16 because they’re making decisions on what A Levels if they’re going to... or what apprenticeships they’re doing, and PR and PR agencies are not on their choice unless we go out and do that. So, it is really important. Yes, do the university talks, but also go to the inner cities, put PR on their agenda as a really good career option because that will help us bring diversity."

This was the group’s clear consensus, which led on to how this played into the creative process at PR agencies. 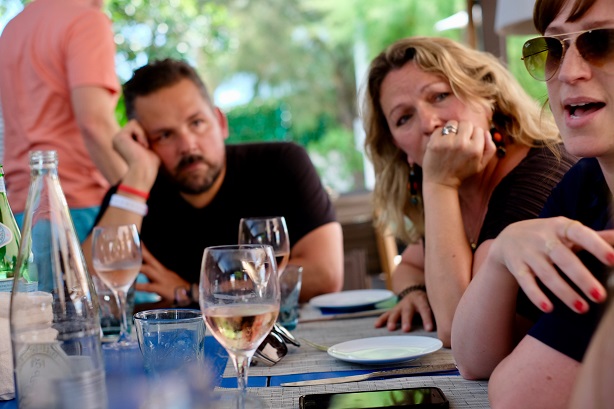 "I think the whole entire brainstorming concept is something that is quite gender-specific," said Warren Johnson, founder of W. "A lot of the very talented women in our office felt that there was a lot of shouty men in the brainstorming process and that just naturally, it’s whoever shouts the loudest and is the most alpha, tended to get ideas away.

"One of the things we’re trying to do at W is create a more cerebral culture and look at other ways of identifying ideation, bringing through talent in a less aggressive way."

Mountstevens said: "Yes, I think that’s a hangover from adland where you had machismo creatives coming in and ruling the roost. Yet, in PR there are lots of strong female role models. So, I find that slightly baffling, but I do think there is still an element of ‘He who speaks the loudest’".

"I think the other thing is looking at the idea itself," said Jo Carr, co-founder of Hope&Glory. "Sometimes we build up an idea that has to be a really big thing, whereas actually you need to have ideas that are cheap enough to fail. So, if you can encourage your team to come up with smaller ideas then they’re going to braver about saying: ‘Well, I’ve seen this… I had a cultural moment, why don’t we do this?’ People are much more empowered by that, I think."

Delia Hyde, head of brand at Four Communications, agreed: "What we’ve found is there can a lot of pressure to come up with something quick, fast, get it out and it was about making money as well. So, we’ve started doing brainstorms that are not from clients but inventive - to try and bring the joy of it. Because it’s supposed to be the best bit of the job and the fun bit of the job. It’s a great thing to do"

The group pledged to audit their creative departments for diversity and to tangibly improve this diversity by June 2019, to report back at the next PR Cannes Fringe meeting.

Read next: How can UK agencies do better at Cannes?