News about powerful men in the entertainment industry being charged with sexual harassment has dominated headlines. However, this is a story about sexual harassment happening — and largely going unreported — in the marketing and communications industry.

Discussion around this issue is at a fever pitch. Raised awareness is important, but unless there is a shift in corporate culture that emphasizes clearly defined guidelines and a zero-tolerance policy followed by swift action, the movement will be for naught.

A PRWeek survey of PR and communications practitioners revealed some sobering statistics. Just more than 50% of respondents have been sexually harassed, and 73% didn’t report it. Of those who did report it, 53% said nothing happened to the perpetrator. And only 41% of companies have clearly communicated guidelines for reporting harassment such as a confidential independent phone line.

Put a process in place

Hilary Rosen, partner and MD at SKDKnickerbocker and founding co-chair of the Time’s Up Legal Defense Fund, says it’s critical for any organization dealing with sexual harassment to have a credible internal process for reporting problems.

At SKD, there is a specific chain of command and a backup system for reporting issues. If associates don’t want to go to their supervisor, they have the choice of two other places, operations or management.

And as important as a well-thought-out process is, every business must unequivocally communicate its zero-tolerance policy with actions rather than words.

"When there is sexual harassment, the consequences must be severe and swift. That is what gives credibility to the rest of the policy," explains Rosen. "You can have great training and a good pipeline of hotlines, but if it travels through the agency that there was a problem and no consequences, you have ruined all your credibility."

Wendy Lund, CEO at GCI Health, agrees training can help people advocate for a colleague or themselves, but it’s just one part of the solution. "Associates should feel safe enough to go to the most senior person in the company to talk about it and feel they will not sit on it and the perpetrator will be fired," she says.

When PRWeek’s survey asked who the perpetrators of sexual harassment were, 34% said a colleague, and 10% a client, 6% another professional in the industry, with 50% attributing the harassment to more than one client, colleague, or industry professional.

"It is also important to know a safe environment extends beyond a company’s four walls. It’s not just an unwanted interaction in the office, but with any vendor, partner, media member, or client," says Jennifer Cohan, president of Edelman New York and chair of its global consumer practice.

Once a complaint is filed, then what? Sometimes issues can be handled in-house, but, more often, when there are disputes between parties over what happened, when senior leadership is involved, or there is a potential power structure problem, an external investigation is a must and lends credibility to efforts.

"Uber brought in independent investigators led by U.S. Attorney General Eric Holder, announced the results publicly, and instigated reforms. It has a long way to go, but I salute the company for having an independent investigation by an outside third party and letting the chips fall where they may," notes Lisa Bloom, who runs The Bloom Firm in California and is a lawyer who has been involved in sexual harassment cases for decades, including suits against Bill Cosby and Bill O’Reilly.

Rosen believes sometimes traditional PR strategic thinking is counterintuitive to the issue of sexual harassment. "Historically, it is our job to help problems not see the light of day," she explains. "In this area, the thing we counsel clients most on is the failing strategy. The best way to build trust in an organization, both externally and internally, is to put some sunshine on the issue, to not keep them in the dark, and that is something the PR industry is not used to advising for." 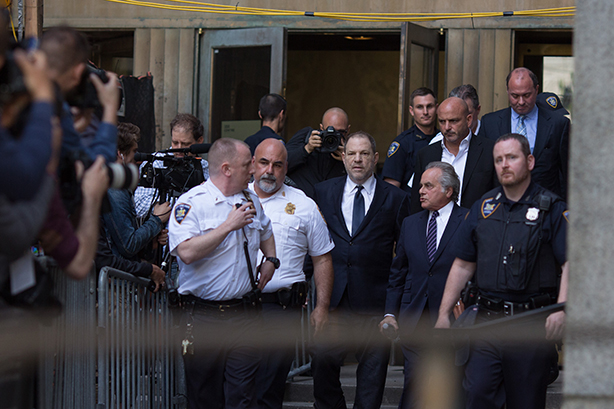 Despite high-profile cases such as Harvey Weinstein’s (above) going to trial, the number of women willing to take a complaint to trial is miniscule, according to Bloom.

"Most people don’t file a lawsuit and don’t want their name out there because they are afraid of the possible effect on their career. We walk them through the options, and they often choose a conflict letter and enter into confidential negotiations, which turn into confidential settlements," says Bloom. Clients take that route 95% of the time.

But Bloom says the good news is, in the last year, her firm has made progress chipping away at nondisclosure agreements, settling cases with limited confidentiality. For instance, confidentiality about the financial settlement, but not about the facts of the filing.

"It’s terrifying for victims to be known as the one who filed a lawsuit. Everybody knows everybody in the PR industry and [these women] just want to have their careers," explains Bloom. "They feel they can withstand a couple of off-color comments, but can’t withstand being retaliated against and losing their career."

Despite confidentiality agreements, Bloom says most often, thanks to putting together a strong case with witnesses and evidence, the harasser is fired.

"No company wants the reputation of turning a blind eye to sexual harassment," she continues. "Once companies become aware of a claim and terminate someone as a result, that looks good for the brand and, to be fair, many do it pretty quickly once they get a credible claim."

Another reason women don’t step forward to file a lawsuit is the mistaken belief they need to have the ideal case or be the perfect plaintiff.

"A lot of people initially have a consensual relationship or a relationship where they submitted to a boss’ advances because they felt trapped. They are still entitled to say no and cut it off, retain their jobs, and be treated respectfully in the workplace," says Bloom.

"When women step forward they are being believed more than even only a year ago. Women are getting much bigger settlements," she adds. "I see victims winning their cases now. There is a groundswell of support and this is a great time for people to stand up." 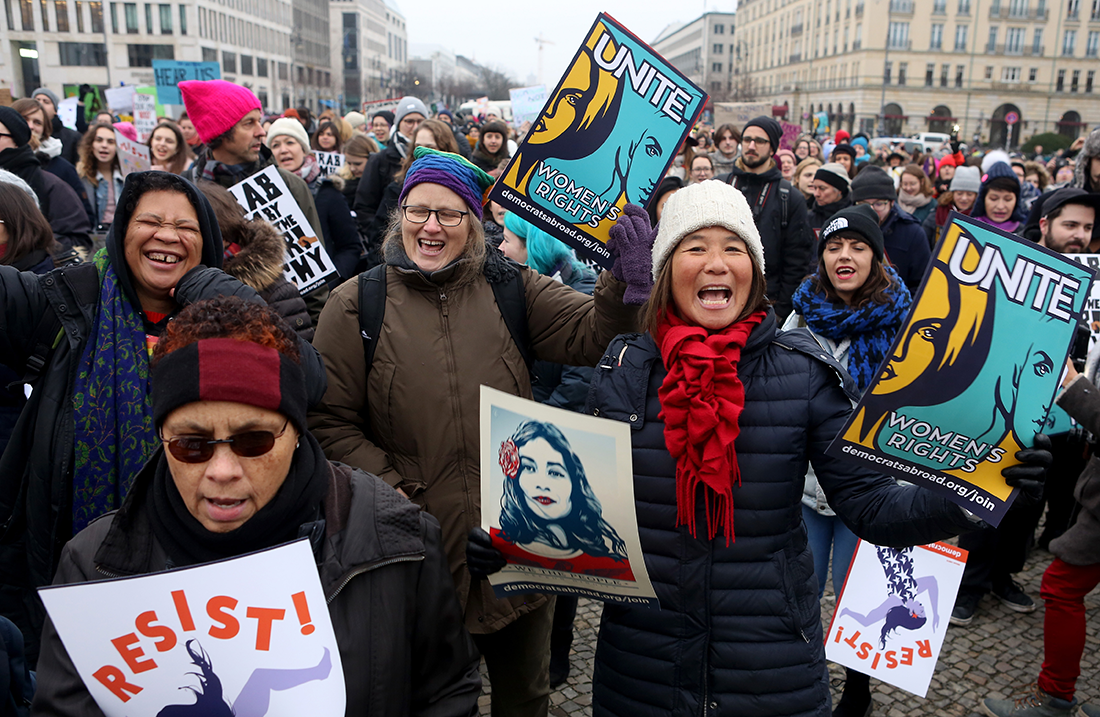 ‘A symbol of something larger’

The ramifications of sexual harassment are vast. According to PRWeek’s survey, of the 73% who did not report being sexually harassed, 35% left the company where the harassment took place.

"Sexual harassment is a symbol of something larger. It’s also a power play [by the harasser. For the person being harassed] there are feelings of being bullied, humiliation, lack of confidence, confusion, and being unprotected by their employer," says Lund.

Men and women are also trying to be mindful and maneuver through a creative industry where offices are designed for social collaboration and long days run into evening events and drinks.

"People know the letter of the law, but there are gray areas and sometimes people just don’t know how to have those conversations," explains Cohan. "People are being very deliberate and thinking more about their casual interactions."

Some of the leaders interviewed said they were worried about the negative impact this hyper-awareness could have on male executives mentoring women.

"A man was telling me he backed off mentoring women because he does not want it to be potentially interpreted in the wrong way. There are many amazing men and women in our industry, and we all have to be comfortable and able to take advantage of the best learning and talents from each other," notes Lund.

Ultimately, she adds, "Women should not feel like they are being harassed in the modern communications world that we live in."

Thinking about filing a suit?

Preserve all evidence such as texts and emails in a personal file on your home computer, not on an office computer. Talk to people who were present when the incident happened. Ask them what they heard and remember.

Sexual harassment claims can be filed with state agencies such as the Equal Employment Opportunity Commission for free without a lawyer. Most organizations will not divulge filer’s name.