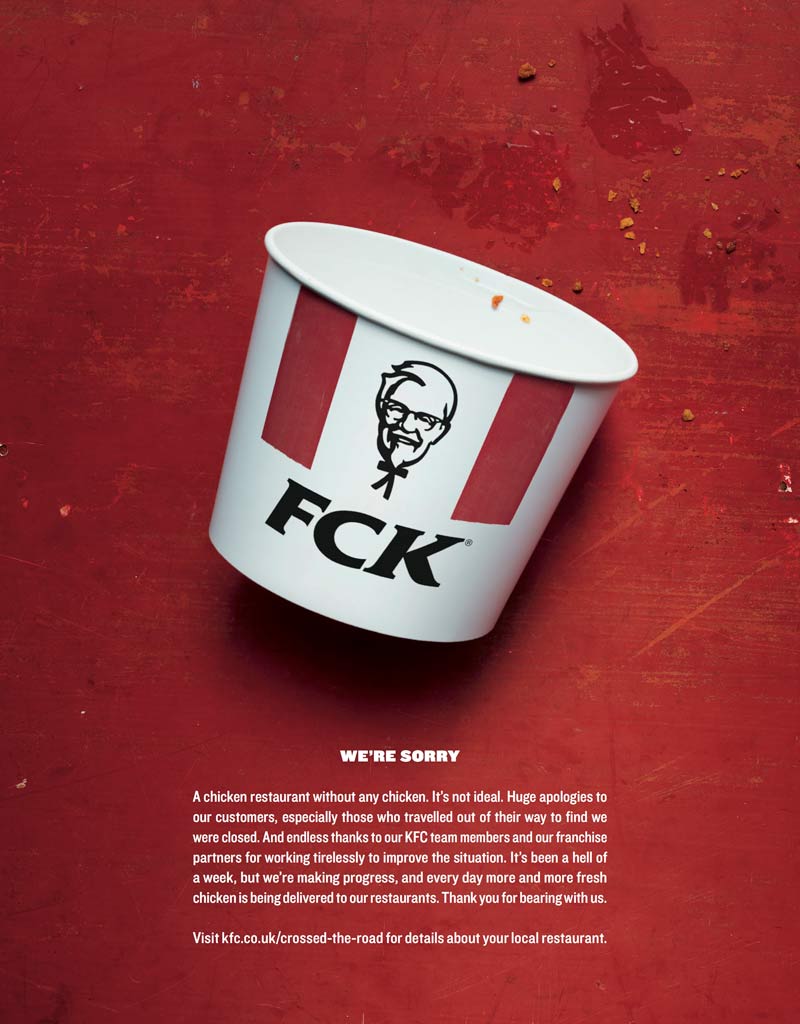 The humourous campaign switched the KFC letters to "FCK" on the front of a fried chicken bucket, with copy below explaining the situation, and pointed consumers to its website to check for status updates.

Mother was the only U.K. agency to be awarded a gong in the category.

Brazilian agency Africa took home the Grand Prix for "Tagwords" for Anheuser-Busch InBev’s Budweiser. The work tracked musicians who had been pictured with a Budweiser over the years, such as Mick Jagger or John Lydon.

Last year there were no golds for U.K. agencies in the Print & Publishing category, and Burger King’s "Flame-grilled since 1954" by David Miami won the Grand Prix.