Golin has won a competitive pitch to provide PR services to tech integrator and managed services provider Dimension Data. The account will be led from London, and in addition to Golin's role as global lead agency it is providing UK and Ireland press office and campaign support. Work began on 1 April. Golin London was already Dimension Data’s social media agency, having picked up that work in 2017.

Travelex Currency Solutions has hired CCgroup as its global PR agency of record. The London agency will coordinate with partners including newly hired Feintuch Communications, its US agency. "The program is focused on boosting its profile in the FinTech sector among both traditional and non-traditional influencers," as well as lead generation, a CCgroup release said.

Hills Balfour, the travel specialist recently acquired by US integrated group MMGY Global, has been hired to run Europe-wide social media and online comms brief for the Croatia National Tourist Board.

Leeds-based Brand8 PR has been appointed by World Wheel Company to handle all public relations activity regarding its proposed plans to build Europe's tallest observation wheel on Newcastle Quayside. The planned 140m wheel (artist's impression below) has been dubbed 'The Whey Aye' in celebration of its location. The London Eye is 135m. 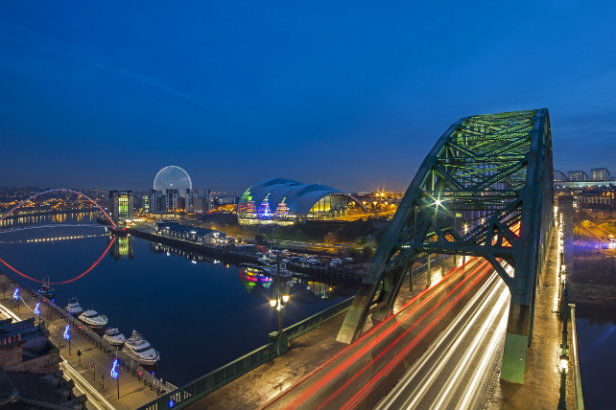 The consumer agency Munch has been hired by London-based theatre company Go People to launch their new private theatre experience 'Revels in Hand'. Munch will deliver coverage throughout the summer driven by creative stunts that echo the uniquely theatricality of the Revels in Hand experience.

Legal industry PR specialist Byfield Consultancy has appointed Jeff Segvich as an associate director. He was previously based in the US and worked for Lane, a Finn Partners company specialising in professional services. It has also appointed Asad Moghal of local promotional body Marketing Derby, as digital and content manager.