Many people who lose their driving licence are unaware that — rather than applying for a replacement by post — they can bypass Royal Mail and apply via a digital hub. This year, DVLA sought to change that perception and drive traffic to the online service.

The short, hard-hitting campaign ran over the course of a weekend in mid-March 2018, and was aimed at directing all driving licence holders, particularly those who needed to replace lost or stolen licences, to the Driver Licence Online service. Activity also targeted people who had moved house, urging them to update their address details online. 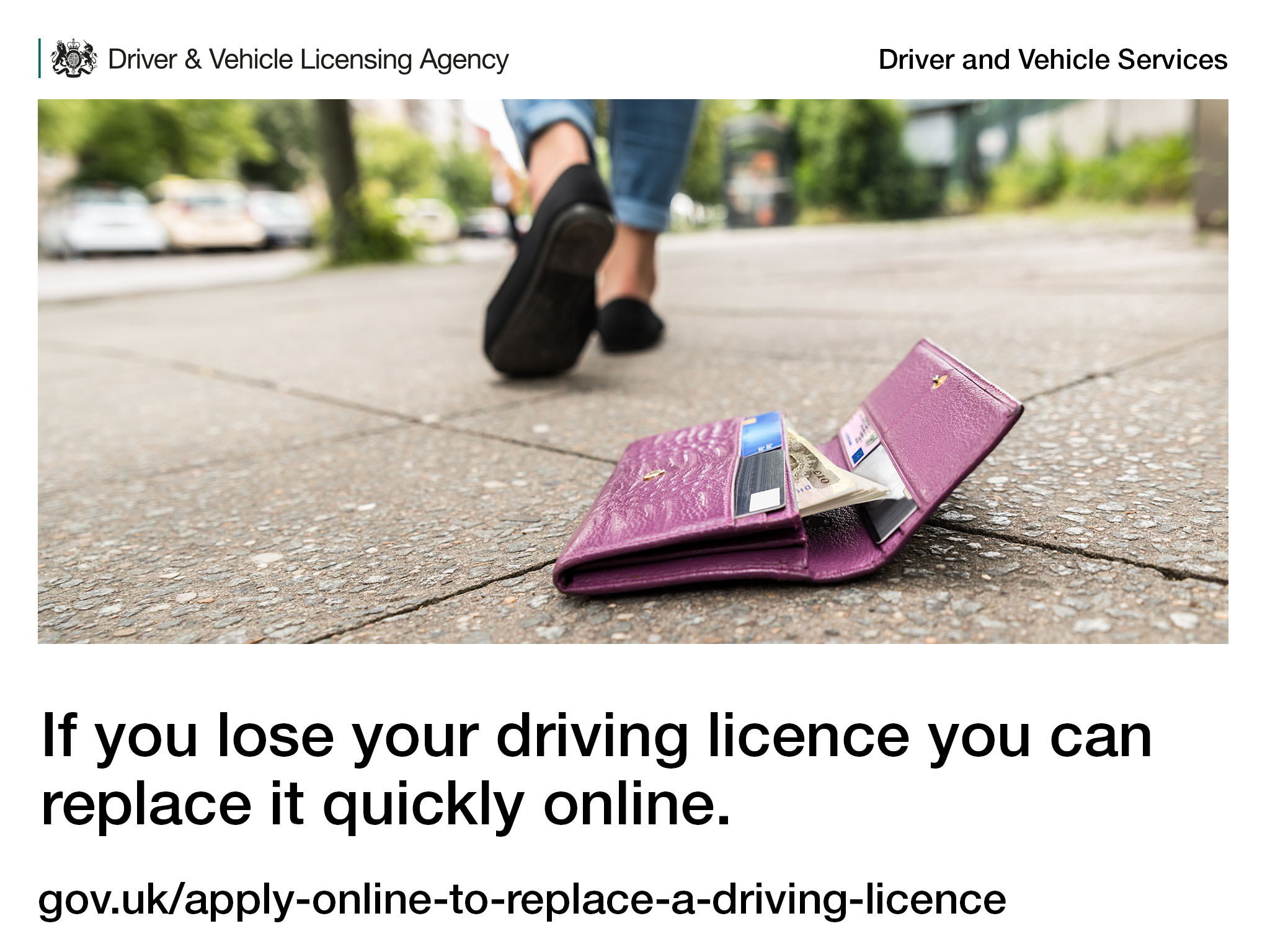 The campaign's key messages were that using the digital service was the quickest way to have a licence replaced, while also stressing that people need not carry their licence around with them but should instead leave it in a safe place.

With no budget for paid-for comms and advertising, the DVLA comms team instead relied on earned and owned channels, from media relations, social, and its opt-in database of email subscribers.

The press office produced a press release, issued on 14 March, that used the headline statistic that nearly a million licences were lost in the past year. It contained the key message that while drivers are legally obliged to have a driving licence, they are not legally obliged to carry it when they are driving.

The release was sent direct to media contacts and posted on the Gov.uk website, with alerts sent to email subscribers.

The comms team produced campaign images that were used in posts on Twitter and Facebook inviting people to read the release online, which in turn led them to the online licence service.

One of the challenges in gauging the campaign's effectiveness was that the primary measure — people visiting the online service — would only apply to those people who had recently lost their licence. Nevertheless, the day following the issue of the press release saw a small increase in the volume of customer lost or stolen licence enquiries to the DVLA contact centre, while the online service experienced a three per cent boost on the previous week for replacement licences issued.

The media clearly took to the top line of the press release. The campaign achieved 107 items of media coverage, including in The Sun, The Daily Express, Mail Online, PA newswire and AOL. Much of the online coverage included a link to the online service, while many of the user comments on media sites were positive in tone.

Th DVLA said its social channels accrued double the number of impressions compared with the baseline for its social media posts, while the email alert sent was opened by 13,000 unique users - a third of the total number of users sent the message.

Meanwhile, the Gov.uk-posted press notice attracted 5,030 unique page views, with people spending an average of two minutes and eight seconds on the page, and 30.3 per cent going on to read more on the website.

The campaign was a one-off but it will be used to benchmark insight and content for future campaigns. 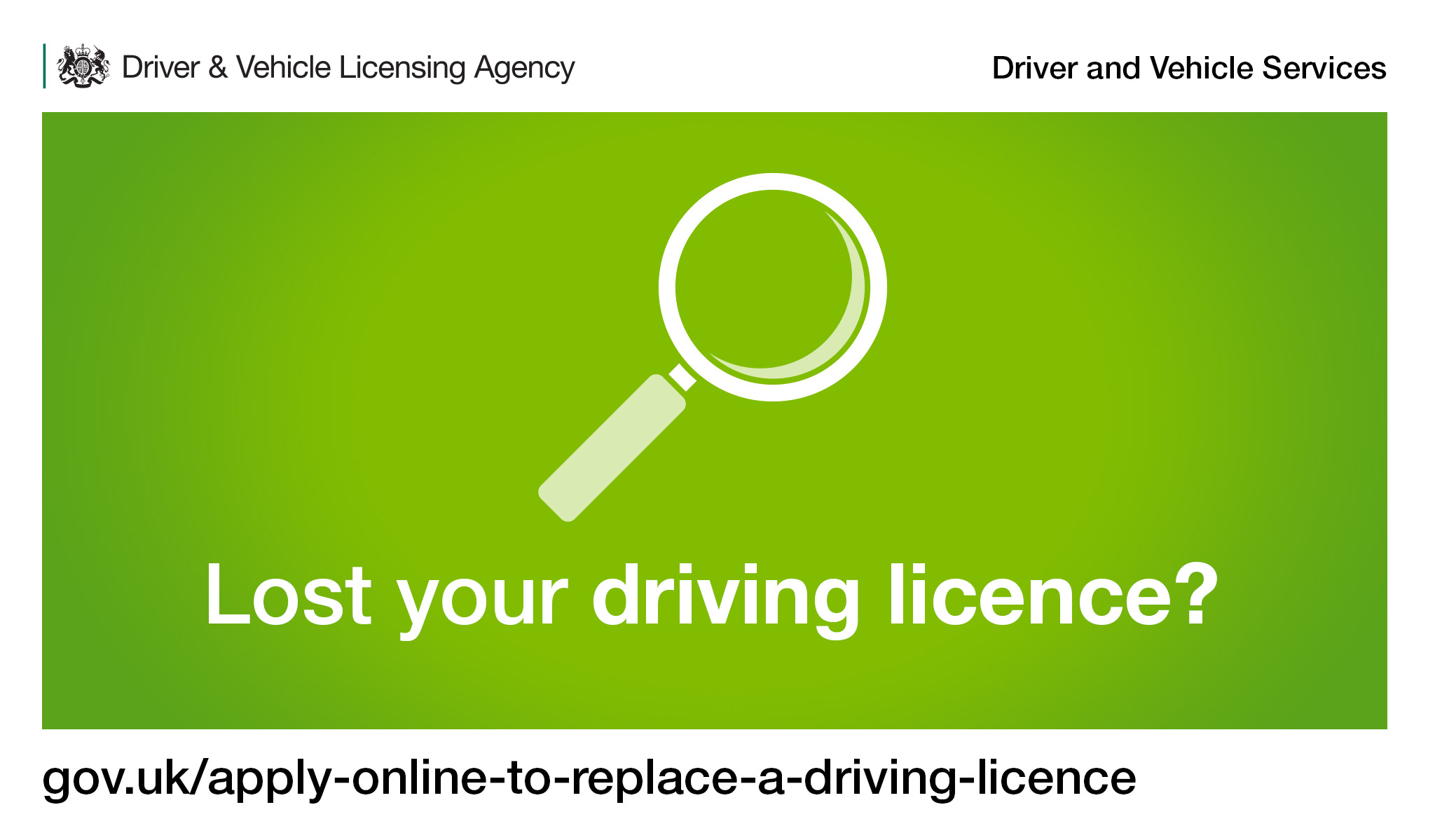 Elin Price, the DVLA's senior external comms lead, said: "This integrated approach worked well using the right channels across the team. The continuous evaluation we do as part of our day job was critical to the success of this campaign. It informed our planning so we were able to target the right channels for this audience.

"The media’s appetite for data is stronger than ever and we knew that with the right insight we could deliver communications that made people want to read more than just a headline. The use of regional stats gave us more opportunities to work with regional titles and the social media and email alert elements of the campaign were vital to drive customers to the online story, leading to strong results in terms of reach and coverage."