How can healthcare brands best incorporate patient feedback into their comms efforts? Click above for a special podcast where Chris Loder, VP of external communications at Bayer, and Peggy Slasman, SVP of public affairs at Massachusetts General Hospital, share their thoughts on this key topic, as well as their insights on emerging healthcare partnerships and the evolution of brand storytelling in the digital age.

Innovation and disruption in healthcare are evident all around. The sector’s complexities, however, present stiff and unique communications challenges, particularly when considering the various key stakeholder groups – everyday consumers and the media among them.

As underscored by the septet of industry leaders who gathered in Cambridge, Massachusetts, for this Bayer-hosted roundtable, there is one weapon that works in almost every scenario.

"Earned media has to be a part of your arsenal," says Chris Loder, VP of external communications, Bayer.

"We don't really have room in our budget for a lot of paid media," adds Manisha Pai, VP of communications and IR at Magenta Therapeutics. "So being scrappy, getting out there, and engaging with reporters is a huge part of what we must do."

While so much continues to change in both the healthcare and communications fields, one tried-and-true staple remains if you intend to earn coverage: relationship-building is the cornerstone of any media strategy.

"It's shocking to me that the focus ever would have deviated from earned media," offers Dan Budwick, founder of 1AB. "PR people must do a better job of having a relationship-driven focus."

And if you want to look at metrics, he continues, here’s an important one: "Talk about the number of relationships you're going to develop over the course of a year. Then you'll be adding value." 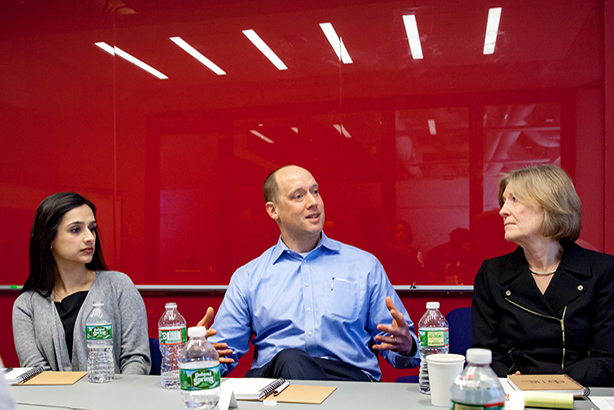 Loder speaks of Bayer’s monthly "meet the media" sessions, which host four to five reporters in the US, on topics ranging from oncology to self-care and OTCs. "The whole goal is relationship building," he emphasizes. "If we get a story out of it, great. If we don't, that's not the issue. We want reporters to know we are going to engage and educate. The first time you go to a journalist can't be in a crisis."

"If you want to be in the mix, you have to be talking to them regularly, constantly," concurs Jeff Lockwood, global communications head at Novartis Institutes for BioMedical Research. Novartis, he notes, is shifting away from a "Moses model of communication," in which the company presented information in a traditional format and didn’t deviate from the script, to a "marriage model," where the company engages journalists on and off the record.

All of this engenders trust, which is worth its weight in gold to a communicator. A prime example offered by Peggy Slasman, SVP of public affairs at Massachusetts General Hospital, is a healthcare brand’s efforts to introduce new therapies.

Creating opportunities for reporters to see that therapy from the very early stages can lead to background pieces that are a real win for companies, even though the approach carries risk.

"Reporters want to be involved from the beginning," explains Slasman. "They don't want to just follow the press releases. They want to be there before the therapy is in a patient. We’re not always willing to take that risk, but I know that some of the best stories written about Mass General are from the times we have taken that risk."

And when your target demographic is millennials, that inside look becomes even more crucial.

"They're the people you're trying to influence out in mainstream – and they're looking for brands with purpose," says PAN Communications’ SVP of healthcare Nikki Festa O’Brien. "If we are able to tell the story of why the brand is there and make them influencers in their own right, the earned media will come."

In an age where all brands have multiple channels to tell their own stories, Mass General has also adopted a new strategy involving those behind the scenes but out in front of the innovation and disruption that defines the industry.

"Researchers don't always like the way the press covers them," notes Slasman, who concedes this group’s struggles with social media. "We do tweet lessons to groups of basic researchers. We can retweet their information to people who follow Mass General, which includes 500 self-identified journalists."

Of course, healthcare innovation can be a complex tale to tell to reporters and, by association, consumers. As Bo Piela, VP and head of communications at Sanofi Genzyme, notes, this is where a focus on the human element and storytelling really pays dividends.

"We're in the business of introducing treatments for diseases that most people have not heard of and don't understand," he says. "Earned media is a critical component of helping the world understand the disease and the value of the medicine that we're bringing, and we anchor that media around patient stories."

How are partnerships evolving in the sector? What is the healthcare communicator’s role in a world where AI and machine learning are increasingly prevalent? See our esteemed panel’s thoughts on these and other topics in the July print issue of PRWeek, as well as on prweek.com in early July.