Whether it’s a full-length documentary, an animated short, or a music video, film has the capability to influence an audience.

"Brand films are an incredibly powerful storytelling platform, and I love that more brands are sparking to the idea of making them," says Jae Goodman, CEO at Observatory Marketing, formerly CAA Marketing.

Now in its third year, the Brand Film Festival highlights the best and most creative of these ideas.

And while films can do a great job of inserting a brand into the culture and helping people understand the values behind a product or service, marketers must understand that brand films are not a one-size-fits-all solution.

"We have to be strategic marketers. Anybody thinking about using film as a marketing medium should start with a solid strategy and have a strong understanding of what role that film will play in the marketing mix," Goodman explains.

When Radio Flyer, maker of the classic red wagon for children, was crafting a media strategy to celebrate its 100th anniversary, the company decided to work with Moonbot Studios to create a short animated film as the cornerstone of its centennial campaign and to enhance its brand image within pop culture.

"We have this brand that’s infused with stories and imagination, so it just seemed right to tell that story in film," says Robert Pasin, Radio Flyer’s chief wagon officer and co-producer of Taking Flight, a film about a small boy’s over-scheduled, over-supervised, boring day with his grandfather that turns into a larger-than-life journey. Radio Flyer released the film online, promoted it on Facebook, and included it on the company’s website and in all anniversary promotional materials — an important step in attracting eyes to the film.

While one objective for using film was to cement Radio Flyer’s image as a childhood classic, Pasin explains the company also wanted to explore the brand’s appeal in storytelling for a children’s television series or feature-length film.

"Our next step is to find the right creative team and the right distribution platform," he notes. "We want to create a film or TV show that will become a classic, like our brand."

Distribution is as important to the marketing strategy as the storytelling itself. "There are more options than ever for distribution, but the appropriate channel contributes significantly to the success of a project overall," says Goodman.

"When brands can work with production partners they trust, we can tell incredible stories audiences want to see, so choosing the appropriate studio or network partner is important," explains Chris Uettwiller, CEO and executive producer at Dirty Robber, the production company that worked with Nike and National Geographic Studios to produce Breaking2. The feature-length branded content documentary follows Nike’s ambitious two-year quest to find the best runners, identify ideal conditions, and create a running shoe that would make it possible to break the two-hour marathon barrier.

Stay true to the brand

Uettwiller says partnering with National Geographic Studios combined with Nike’s commitment to focus the film on the challenge, not the brand, made Breaking2 a success.

"What makes Nike unique is their brand authenticity," notes Uettwiller. "They put the athlete first, then create products that let people beat the apex of their ability. The thing they hold above everything else is how to do the best for their clients, and if there is commerce on the back side, that’s wonderful."

"The film is so true to the brand, it’s an experience only that brand could have created," explains Goodman. "Making a brand film doesn’t give you permission to step outside your brand values or purpose. Quite the opposite. Brand values and brand purpose should be the starting place for your storytelling as it would be in any other medium. You want to tell a story that’s close to the core of your brand values so that audiences will respect that authenticity."

The partnership with NatGeo was equally critical. "That content lives as well on the NatGeo network as any other content NatGeo either produced themselves or purchased. In that case, that’s just great storytelling," adds Goodman.

"Traditional networks have to look at more interesting ways of designing their interface," explains David Worthen Brooks, EVP of All City, Fox Networks Group’s in-house integrated marketing agency. "While providers such as Netflix and Amazon are nonresistant to the viewer, and the network model is an interrupted one, we’ve been talking to networks about how to entertain the audience while they are being entertained."

Brooks’ project with Mars and Fox Network Group proved that there’s opportunity for brand film in network formats. "There were really two brands we were serving in this execution: One obviously being the advertiser, but the other was Fox Networks Group’s push to keep the station relevant in the current digital environment," he notes.

While All City has pitched the brand film model for a number of different executions, stakeholders can be wary of an approach that’s new.

However, Mars saw the opportunity. The Halloween season is the highest priority holiday for Mars’ confection brands, so All City proposed a "Bite Size Horror" series, four two-minute films directed by up-and-coming Hollywood horror talent that would get viewers’ attention and keep Mars’ brands top of mind for trick-or-treating.

"Instead of one brilliantly executed constant campaign, we got a number of diverse approaches that keeps the audience guessing," says Brooks. The series debuted on digital, then aired during high-profile programming, including several baseball games, the premier of Ghosted, and during American Horror Story.

The films got audiences talking — and purchasing. Each brand saw huge jumps in social media activity, with conversation increasing over 750% for Skittles alone after its film aired. For the first time in five years, Mars sales were up at Halloween, with shares boosted by 1.8%.

Films aim to do good

Other films in this year’s Brand Film Festival lineup focused on doing good. On, the Swiss running shoes and clothing manufacturer, partnered with Bullock and Hungry Man Productions on a film to serve as the centerpiece for its #WeAreAllOne campaign promoting the Athlete Refugee Team.

"The company wanted to make a film to celebrate what the small Olympic team, made up of athletes unable to live or work in their own nation, stood for," says Bullock.

Bullock traveled to the team’s training camp in Ngong, Kenya, to make the film. #WeAreAllOne combines interviews and footage of the team training and captures the determination, resilience, and spirit of the refugee athletes as team members talk about living in harmony, putting in the work, and dreaming of being champions.

"In the end, we made two different films for different purposes, as well as a photographic exhibition," explains Bullock. "On wanted to support the team at the IAAF World Championships through a physical space, and the film was used on their website, through PR channels, and at the exhibition. It was also picked up by major news media outlets and video film curators such as Nowness. The films took on a life of their own as people shared and commented."

Bullock says that in a video market where competition comes from everywhere, traditional rules don’t apply. In this new environment, professional standards need to be higher than ever. "In a purely bought media environment, or ‘push’ scenario, the film gets traction through repetition. But in the current digital environment, it has to be of such high quality that it ‘pulls’ the audience," notes Bullock. 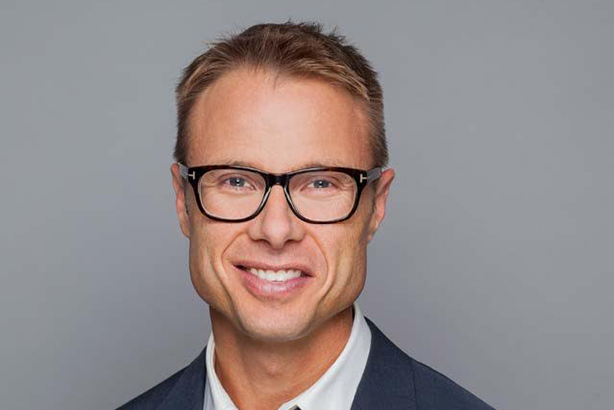 On’s film is an example of another of Goodman’s (above) rules. "If you are going to make a film, make it with filmmakers," he says. "They should understand how films get made and be a student of the filmmaking, distribution, and promotion process so that when you make a brand film, you’re set up for success."

Uettwiller, whose company produced the Oscar-nominated short film Religion of Sports, Victor Cruz: I Am Giant and Kobe Bryant's Muse, says that for stories to resonate, they have to center on character.

"As the landscape of content continues to get cluttered, the importance of good storytelling and good characters is more important than ever. We have an opportunity to cut through that with branded film," explains Uettwiller. "We’re entering a new era of storytelling with brands where we can be really smart about how we tell stories that work for the brand and the audience. We’re going to see some really cool stuff."