The multimedia campaign comes as Ecover introduces a new brand positioning that taps into its 39-year heritage.

Based in London's Long Acre in Covent Garden, and open to the public from 3 to 4 May, The Rubbish Café features a zero-waste menu created by eco-chef Tom Hunt, while its up-cycled decor has been designed by eco-designer Max McMurdo.

As well as serving food, the venue will suggest to visitors swaps they can make to reduce, reuse and recycle plastic packaging, while free refills of Ecover washing-up liquid will also be available.

PR and the café concept are being led by Red, while VCCP has led the creative, Wholegrain worked on the website redesign, Media Bounty conducted the social media strategy and Wavemaker planned and bought the ad media.

"We have a strong leadership on plastic, a topic that has gained hugely in traction," said Victoria Hunt-Taylor, Ecover's UK head of marketing. "Our media strategy was all about bringing that position to life in a challenger brand way." 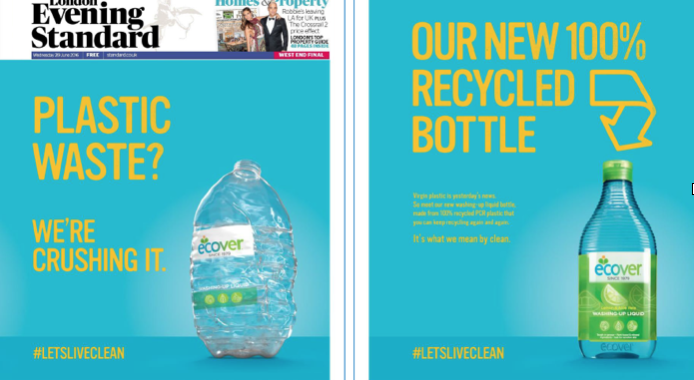 Further ads are planned from 7 May for four weeks, appearing across out-of-home and press and using word-play slogans including 'Natural born cleaners', 'Rage against the washing machine' and 'What's slippery and doesn't suck?'

Ecover's website has also been relaunched to reflect the new look and feel of the brand. It contains information around the brand's commitment to recycling and using biodegradable materials. Content including video is being seeded across social media. 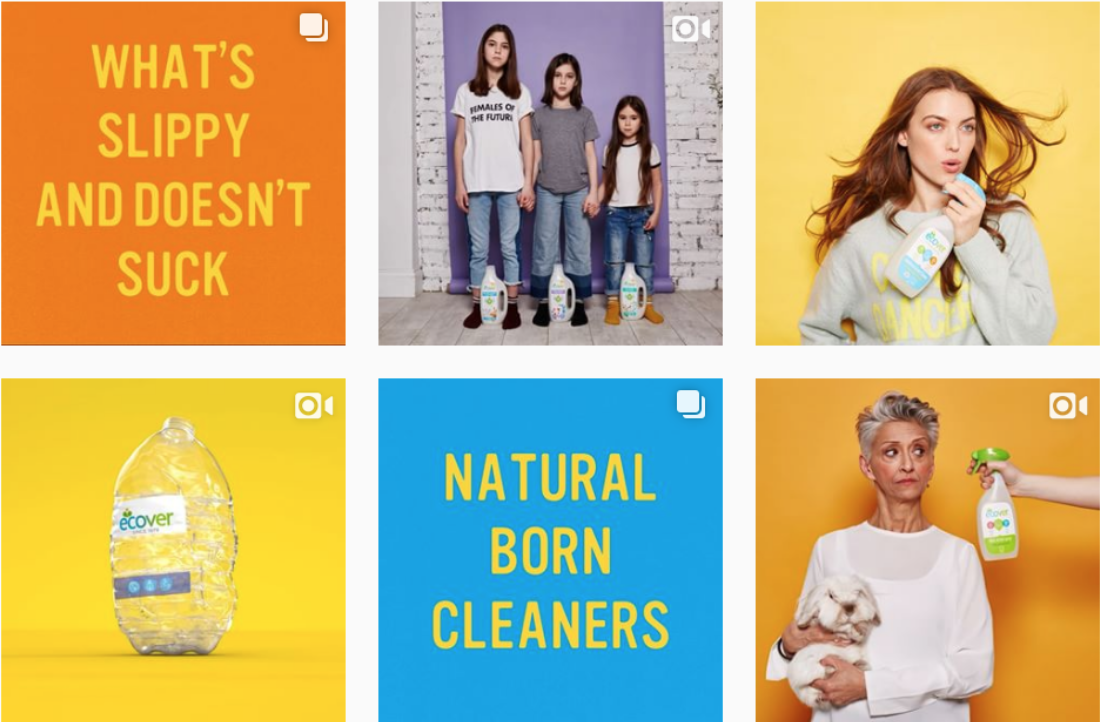 Activity is designed to appeal not just to those consumers on the market for cleaning products, but to the 'conscious consumer'. It eschews the typical marketing approach of targeting consumers via socio-economic demographics, instead attempting to reach people of a particular mindset.

The campaign has already achieved high-profile media coverage, including on national TV, in radio and in print, Red said.

Ecover was founded 39 years ago, one of the first brands to introduce phosphate-free washing powder to the market before phosphates were banned in 2013.