The activity, which comes on the back of the Electoral Commission's 'Got 5?' national campaign, is using the slogan 'Your future. Your vote. Your choice' with comms tapping into the notion that by using their vote people can make a difference to decisions being taken on social issues such as waste, education, leisure and roads.

South Tyneside is this year targeting a broad swathe of the electorate, but it said that "we always try to engage young people in the democratic process" and highlighted a greater emphasis this year on social media, albeit with no Facebook advertising or sponsored posts.

On the media relations front, it has issued press releases around a variety of topics, from countdowns to the local government elections, including reminders of registration deadlines, lists of candidates and what voters need to do on election day to cast their votes. Further releases are planned for when election results begin to roll in.

The site contains an array of information, including details of the election process, political make-up of the council and the results of previous elections.

During the May 2016 local government elections, South Tyneside Council had an electorate of 114,981, achieving a turnout of 33.8 per cent. Labour won 53 seats, Independent one seat, and the Tories zero seats, a fall of one on the previous local elections.

Posters have been put up in buildings across the borough, and banners situated at locations that attract high volumes of footfall and traffic. 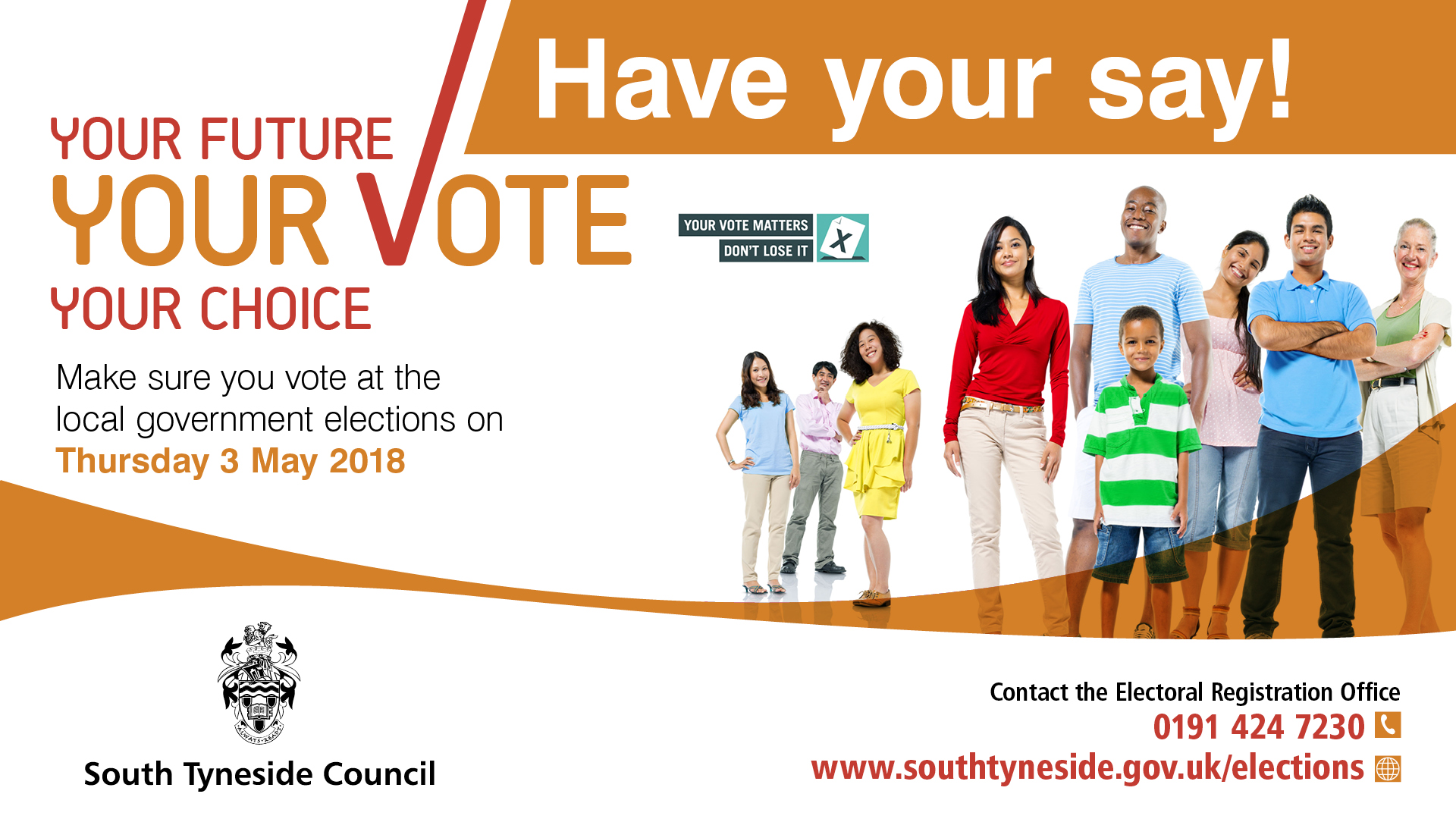 In terms of measuring the impact of its efforts, South Tyneside Council said it planned to compare post-election voting figures with previous years' data, analysing turnout among various demographic groups. These findings will be used to shape future campaigning.

Martin Swales, South Tyneside Council's chief executive, said: "Good communications is key to helping to give people a greater understanding of how democracy works, help them to protect their right to vote and make their vote count on election day. However it is important to make sure that we get the right messages out at the right time and that they are clear and easy to understand.

"We use the full range of communication tools available to us to engage with the local residents we serve, promoting how important their vote is and how it can make a real difference to decisions being taken on the future of services that matter to them, such as waste, leisure, education, highways.

"With limited resources we rely heavily on the council’s existing communications channels to reach our audience. This is done in tandem with the elections team’s operational work so it has greater impact."