A couple of months ago, I found myself working in a suffocating, windowless conference room with bad fluorescent lighting. I languished in this room for an entire day, surviving on stale vending machine food while editing PowerPoint slides for what felt like forever. I was accompanied by two junior associates, each of whom were close to 30 years younger than me.

We were helping a client with a big presentation, and as the deadline neared, there was no way around grinding out slides until we were satisfied with the result.

My job was to proof, edit, and tighten the flow. I hadn’t done this kind of work in many years, but I’m pleased to report that just like riding a bike, it came right back to me.

It wasn’t a particularly good use of my time, and while I bristled at the miserable conditions and monotonous tasks, I secretly kind of liked it.

It brought back visceral memories from the early years of my career, where I spent endless time executing simple and basic assignments for someone else’s projects: collating press kits; writing fact sheets; cold calling media; compiling summary notes from meetings; getting to events early to set up a room; and yes, staying up late to finish presentations. 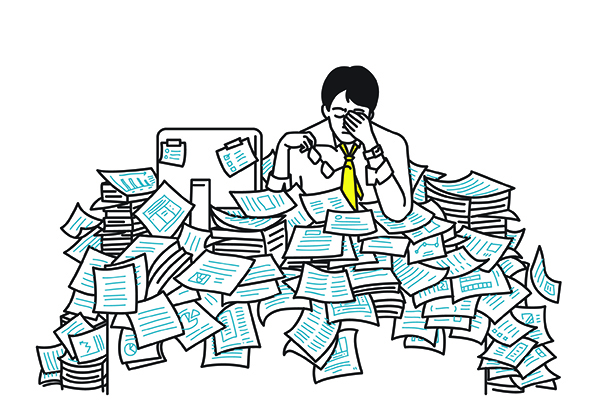 After ascending to more senior roles, I gradually became the guy who would show up and point out what needed to be changed, reworked, or tweaked. I would sometimes feel badly at the impact my directions would have on the young, bright staffers who had been slogging through hours of preparation prior to my arrival. It was discomforting to know my tweaks would cause even more work for them.

It seemed unfair, and a bit harsh. But I had to remind myself it’s actually a valuable part of their growth. The tedious grind is a critical element of the career process, because the only real way to excel at a craft is to master its fundamentals. And the only way to master fundamentals is to work at them over and over again.

I was reminded of this recently while assessing the potential of a rising young star. As part of the process, I interviewed a series of her colleagues, including peers, subordinates, and senior executives. One of her bosses, a deeply experienced and seasoned manager, said something that I found particularly insightful.

"This may sound a bit odd," he began, "but her professional vulnerability is that there’s so much she hasn’t done yet. She hasn’t been around long enough to master all the basics of the business, so she lacks credibility in addressing a whole host of situations."

Malcolm Gladwell famously said it takes 10,000 hours, or approximately five years, of practicing a craft before you can achieve mastery. This applies to business, sports, and even art.

It brings to mind a visit to the Picasso museum in Barcelona where I came across a painting called Science and Charity that Picasso created at age 15. It was quite realistic, and didn’t look at all like the revolutionary artistic work for which he became so famous.

But I learned that Picasso spent his early years practicing classical composition, and only after mastering these basics did he create his more abstract masterpieces.

I have a newfound appreciation for the thankless tasks of my early career. I wasn’t just arranging chairs in a banquet room, or running Xerox copies of speeches. I was actually learning the building blocks of my craft, so that one day I would be able to offer counsel, avoid mistakes, and execute smoothly.

And possibly even paint a masterpiece.

Don Spetner is a senior corporate adviser with Weber Shandwick. He was previously CCO and CMO for Korn/Ferry International. He can be reached at donspetner@gmail.com