Public sector organisations have until 1 April to submit their pay data. At the time of writing, more than 800 had submitted information.

Out of the five groups, women were best served at East Sussex Fire and Rescue Service, where they were paid a mean 17.7 per cent more per hour than men.

However, at the bottom end of the combined scale, women were paid a mean 41 per cent less per hour than male staff at North East London NHS Foundation Trust.

The regulations affect 9,000 employers in the private, public and voluntary sectors – with some 15 million workers across the UK – who are required to publish their figures by next week. 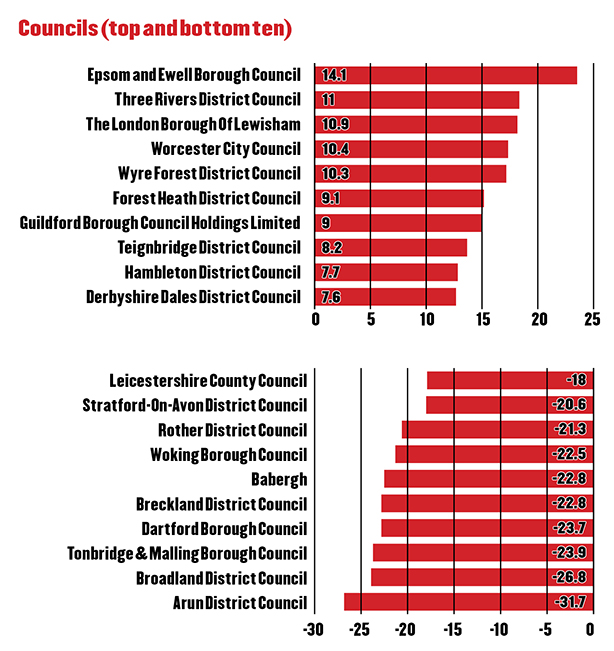 So far, councils have proved the most egalitarian employers: in fact, 39 of the 205 that PRWeek ranked paid a higher mean hourly rate to their female staff than male staff. Epsom and Ewell Borough Council came top, paying 14.1 per cent more, followed by Three Rivers District Council (11 per cent) and The London Borough of Lewisham (10.9 per cent).

In November, a PRWeek analysis revealed that local authorities were leading the way for early reporting of their gender pay gaps. 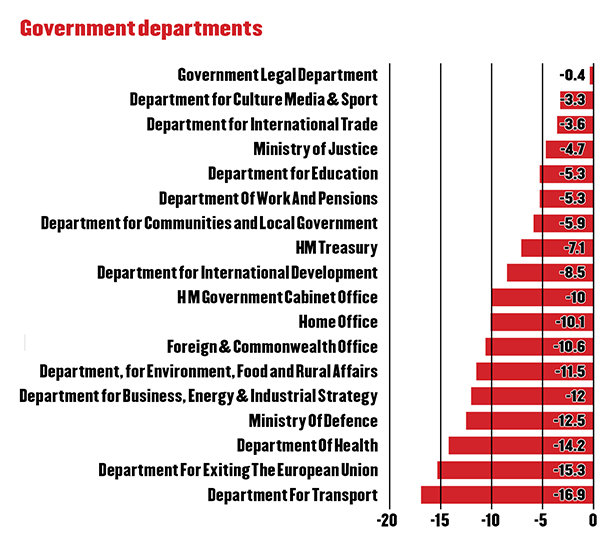 Of the 20 government departments that had submitted figures at the time of writing, the Department for Transport had the biggest gender pay gap (women were paid 16.9 per cent less an hour) followed by the Department for Exiting the European Union (-15.3) and Department of Health (-14.2 per cent).

The smallest gender pay gap was at the Government Legal Department, which had a differential of -0.4 per cent. 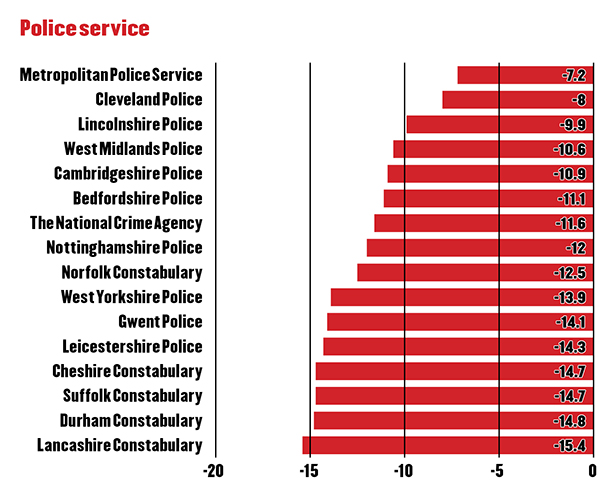 The UK's police forces consistently paid women less than men. The best performer among this group was London's Metropolitan Police Service, which paid women a 7.2 per cent lower mean wage per hour. Of the 16 forces that had submitted figures, the biggest gender pay gap (-15.4 per cent) was at the Lancashire Constabulary. 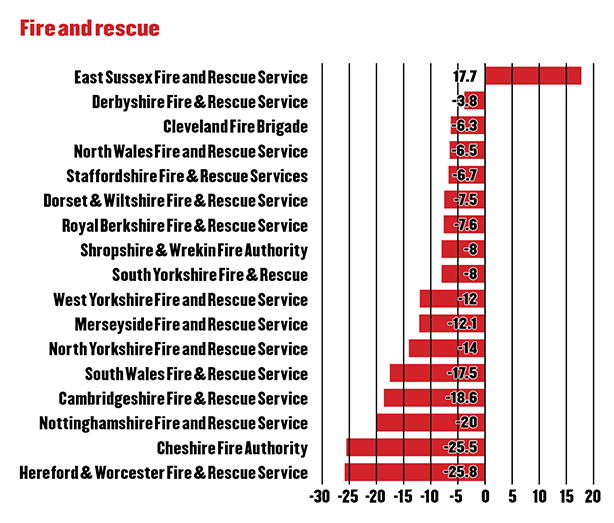 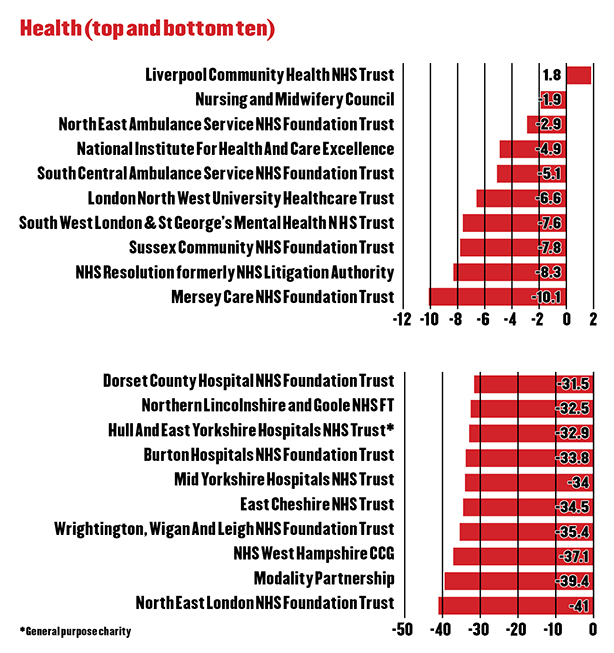 Health organisations – the vast majority of which are NHS trusts – reported the most pronounced pay discrepancies of all the categories PRWeek examined. The 15 health organisations with the highest pay gaps all paid women at least 30 per cent less than men per hour.

The Liverpool Women's NHS Foundation Trust reported a 31 per cent wage gap for its female employees.

Of the 83 health organisations we looked at, just one recorded a higher rate of pay for women than men – Liverpool Community Health NHS Trust, which paid women 1.8 per cent more an hour.

Beyond the main five

Outside these five categories, regulators the Civil Aviation Authority and Office for Nuclear Regulation demonstrated sizeable pay gaps, reporting a 34 per cent and 32.9 per cent lower rate for women respectively.

In the media, Channel 4 pays women 28.6 per cent less an hour than its men, while the BBC – which has faced criticism since it was forced to reveal the disparity in pay for female talent last summer – pays its women 10.7 per cent less than its male staff.