In what was described as 'a futile attempt to get a back-of-a-fag-packet crisis plan for no money', Flack's eyebrows were raised after seeing a strange email request sent to an agency boss this week by an unnamed senior PR officer at an airline.

After a considered response from the agency – requesting more detail, including budget – the increasingly agitated PR 'professional' wrote:

You just aren't addressing my question... I just want to know, if you were asked in a casual chat, what we should do in the scenario we outlined?

Before long, Khwaja concluded the exchange firmly, but politely:

The details of that plan cannot be invented in 'a casual chat'… It’s too complex and serious a matter and it would be negligent of me to try to address it in that way. I’m afraid we cannot help you.

He told Flack: "It’s one of the most bizarre enquiries I’ve ever had – and astonishing that it came from an airline. I wonder if they take the same approach to training their pilots ('Never flown a plane? Don't worry - just ring up a flying school and see if they'll give you a few free pointers.')"

Surely a truly bizarre approach to #crisiscomms for anyone - let alone an international airline? https://t.co/R9CdAuwDDC pic.twitter.com/92j4kewKWD

How do you pronounce yours?

Flack would like to award a prize today for '(Probably) Accidental PR Stunt of the Week'.

The much-coveted accolade goes to chocolate behemoth Cadbury, which caused controversy earlier this week when, in response to a curious punter's question on Twitter, it 'accidentally' confirmed that the 'Creme' in Creme Egg was, in fact, pronounced 'Crem':

The confectionary titan's response was to make light of the situation and correct its 'mistake', throwing in a few (egg-cellent, eggcetera) egg puns for good measure:

Eggscellent spot from @mrdanwalker our brains were a little fried from all the Creme Egg Camp eggscitement! Don't worry everyone, Creme Egg is pronounced as 'Cream' Egg https://t.co/Pr8wgjLWDa

To Parliament, on Tuesday night, for the launch of new charity ‘MQ -Transforming Mental Health Through Research’, an organisation whose laudable aim is to achieve parity in research funding with physical disorders for mental health conditions.

While negotiating the cavernous Palace of Westminster, Flack temporarily found himself in the wrong room and tried to buy a gin and tonic, only to be told the card machine was out of order. To the rescue, none other than Sir Nicholas Soames MP, who handed the barman a twenty for the drinks, his own included. Chin-chin, old chap!

It’s a curious moment of serendipity because Soames once had (fairly just) cause to tell Flack to, ahem, ‘go away’ in the strongest possible terms earlier in both their careers. Karma, eh?

Once eventually in the right place, Flack was surrounded by the great and the good, among whom were the event’s keynote speaker and member of the cabinet Andrea Leadsom MP, who spoke movingly about her battle with post-natal depression following the birth of her eldest child.

Next up was the event’s organiser, senior PR consultant and MQ’s development partner, David Roach, who revealed his own struggles with anxiety and depression.

Flack then amused himself talking to an array of scintillating scientists and playing with their exhibits, including a VR simulation of a pub with interactive characters, used to explore people’s interpersonal skills in different scenarios.

Speaking afterwards, Roach told Flack: "Mental health research has been chronically underfunded for decades, but MQ is going to change that so that generations to come, including those in the PR and communication industry struggling with mental illness, can live healthier lives." 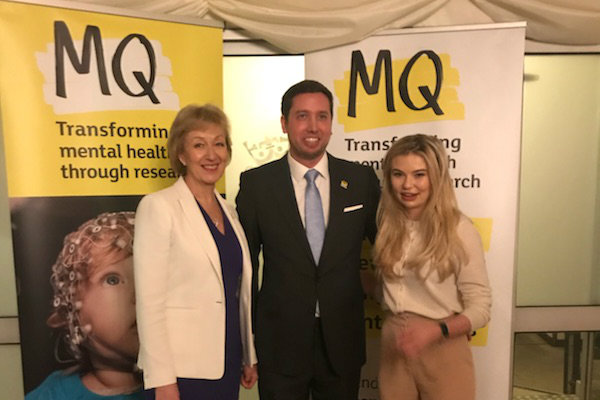 You may have noticed KFC in the news this week, with the clucking dreadful news (for fans of the fast food brand) that it had run out of chicken – read earlier analysis on how the firm handled the crisis here.

Well, Flack was impressed by the swiftness of news jacking response by anti-meat campaign group PETA, which issued a press release listing the UK's Best Vegan Fried Chicken. The winners, incidentally, included names such as Burger Lolz in Sheffield (pictured, below), Happy Friday Kitchen in Oxford, and, Flack’s favourite, Temple of Seitan in Hackney. 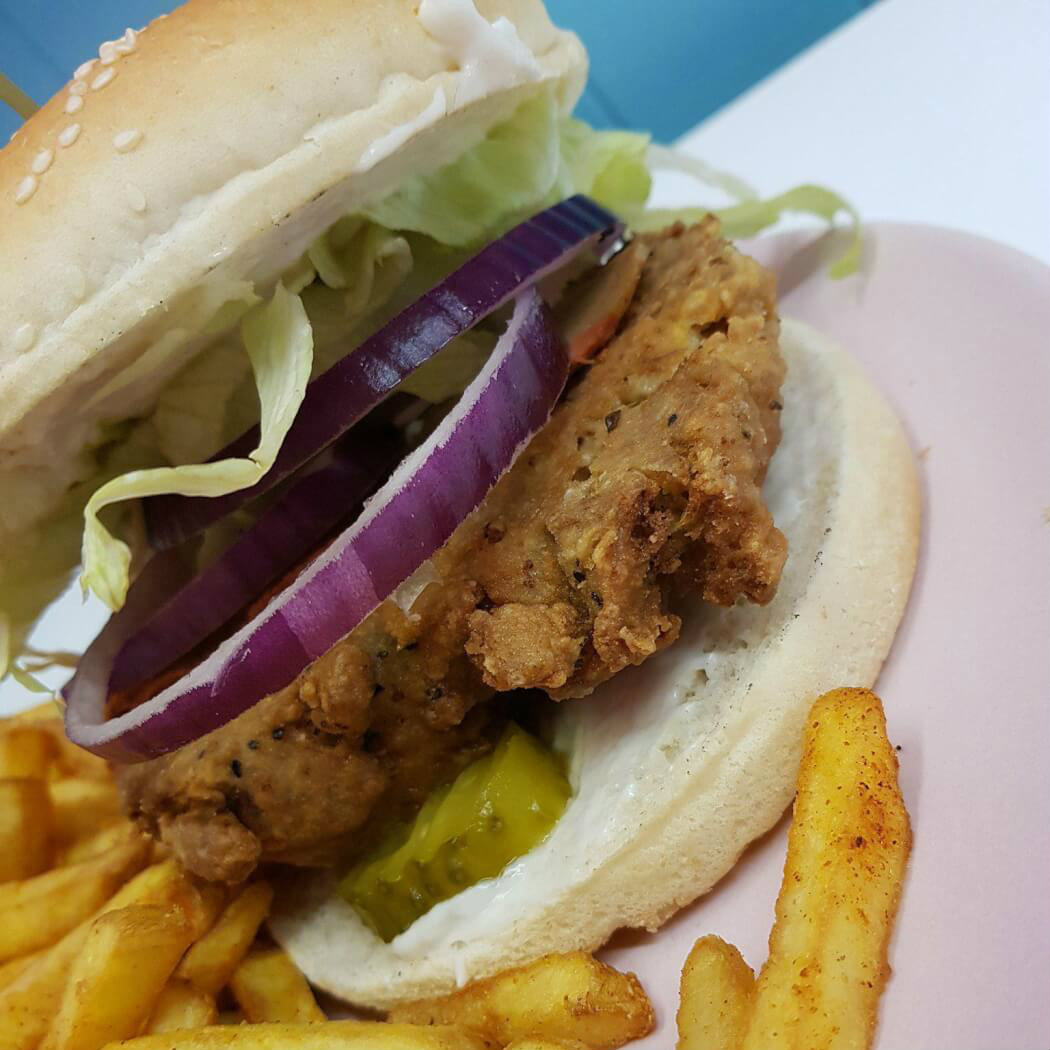