The PRCA has promoted Matt Cartmell to deputy director general, after five years leading the association’s communications, marketing, and events. The trade body said Cartmell will deputise for director general Francis Ingham, sharing the work as PRCA spokesman, and supporting him in leading and representing the organisation externally. Cartmell, formerly PRWeek news editor, will also continue to hold the role of director of communications, marketing, and events, leading a team of seven. Ingham said: "The news recognises the growing importance of his role within the organisation."

Axon to open in Brighton

Healthcare PR agency Axon is set to open an office in Brighton, led by new hire Andrew Martello, a behavioural science strategist who joined this month as a director. London-headquartered Axon (pictured below) already has offices in Denmark, Switzerland, the US and Canada. Managing partner Miranda Dini said: "With its wealth of talent and reputation as an innovation hub, Brighton is an exciting and strategic choice for us." Axon, part of Canadian company National Public Relations, was named among PRWeek’s seven agencies to watch in 2018, and was profiled in PRWeek last year. 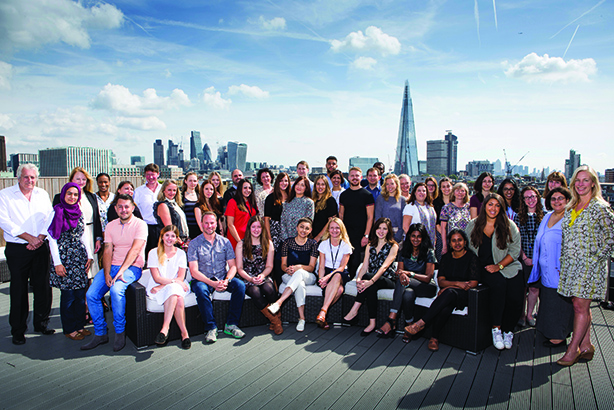 Grayling has announced two new health account wins. The United Nations Office for Project Services has chosen the agency as its worldwide comms agency for the RBM Partnership to End Malaria (formerly known as the ‘Roll Back Malaria’ partnership). Meanwhile, UK health charity The Health Foundation, has appointed Grayling for a UK-wide brief to promote its upcoming inquiry into young people’s health prospects.

Bubble Agency has been hired to handle PR for the Royal Television Society (RTS). The brief includes raising awareness of the RTS’ activities, reinforcing its position as an educational provider for the broadcast industry, and promoting its awards and events.