Widespread predictions of a strong 2018 on the healthcare M&A front were echoed by the octet of industry leaders who gathered in San Francisco for this Bayer-hosted roundtable. And while they recognize the impact tax reform will have on this, as well as C-suites’ understandable focus on the bottom-line benefits of such deals, what truly comes to the forefront is the vital behind-the-scenes role communicators play in ensuring the long-term success of these transactions.

One word too often overlooked in such accords is "culture." That is a huge oversight, agree all roundtable panelists. Alliances can be undermined when companies fail to address issues associated with integrating the cultures of two very different organizations.

Steven Immergut, VP and head of communications, pharmaceuticals at Bayer (currently in a pre-M&A period with Monsanto), notes the role comms plays in "vetting candidates and companies from a corporate reputation standpoint."

No deal will work long-term if there aren’t meaningful pre-acquisition conversations to ensure that each entity truly understands what makes the other tick on a cultural level.

"Once you understand the other’s culture – is it a deliberate culture, an organic one, one that emphasizes science, patients, technology – then you could begin to tackle the issues of how you will merge it into your organization," counsels Tony Russo, chairman and CEO, Russo Partners.

With collaborations between uncommon partners, such as insurers and pharmacies, increasing, "the challenge of interacting with a different industry that has a very different view, culture, and process" is becoming more prevalent, notes Amy Flood, VP of public affairs, Gilead Sciences.

"There is also an education process that needs to take place to bring together those two vastly different cultures," adds Russo. And communications teams are the best ones to lead on that front. 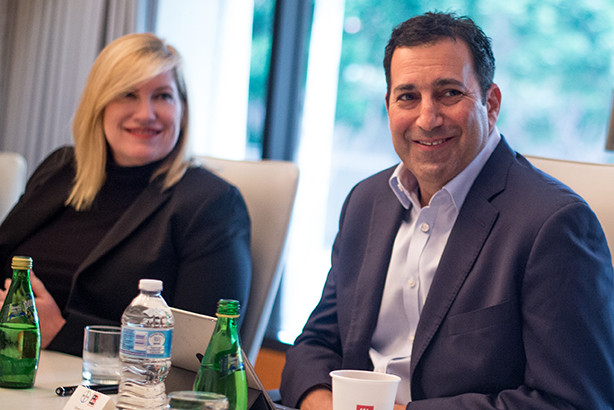 Other perspectives to consider
During a protracted antitrust period, communications teams must monitor the landscape for a "particular patient advocacy organization or stakeholder that will have a very strong view on this potential deal that we need to be thinking about in a different way," says Flood.

The communications function acts as "the canary in the coal mine," continues Christine Cassiano, SVP, corporate communications and IR at Kite Pharma, which was acquired by Gilead for $11.9 billion last year. "If anything happens that needs to be addressed by other people in the organization, the comms team helps raise it."

She continues by noting the special role a PR agency can play in this regard.

"Agencies help keep an eye out for everything that’s happening while you are 100% enveloped" in the M&A, Cassiano says.

W2O Group founder and CEO Jim Weiss concurs, adding, "There are stakeholders empowered on social and digital media that we weren’t dealing with previously. A big role of the agency is to monitor that landscape and make sure your management team knows about these things."

Employees need to know
Perhaps the most challenging communications aspect of any M&A deal is keeping employees informed, especially during a pre-acquisition quiet period.

"During that time, leaders can’t answer tough questions," notes Geoff Teeter, VP of corporate relations at Genentech. "The comms team needs to keep leaders engaged with their teams and keep them focused on the work piece, which they can talk about."

See also: Click here for a podcast featuring Steven Immergut and Jim Weiss where they discuss the CVS-Aetna merger, the specter of Amazon (which just announced a partnership with JPMorgan and Berkshire Hathaway), tax reform, and takeaways from the 2018 JPMorgan Healthcare Conference.

"You can’t overstate the importance of having leadership in touch and engaged with employees throughout that process," stresses Immergut (pictured above, right). "They can’t disappear. They must be present and willing to answer tough questions because there are real anxieties about these integrations."

"Employees are generally the ones most impacted if there’s a leak of a deal before it’s actually announced," explains Eric Brielmann, partner at Joele Frank. "They can be left wondering what’s going on, especially if they’re rumored to be on the target side of the equation. It’s an uncomfortable place to be, both for employees and the management team [that can’t] offer the comfort they might otherwise want to give."

Since the M&A process is ongoing, the potential for team disruption –particularly when it comes to R&D – looms large and can be crippling.

"This is a long-term culture change activity," suggests Hala Mirza, VP of corporate communications and citizenship at Regeneron. "If you disrupt teams that are working on something, you can’t just go back and pick up where you left off."

Teeter, who was involved when Roche acquired his company in 2009, adds, "Part of what Roche was buying was the talent at Genentech. It was important during that long negotiation to keep people focused on the core mission in helping patients and doing their work."

In the end, though, a key comms focus during M&A activity comes back to culture.

"You can’t look at each of the cultures as being static," advises Cassiano. "As you merge, there will be an evolved culture to which you must adapt."

And in the long run, the deals that work best are "ones where, prior to the deal announcement, companies have a healthy respect for each other’s cultures," adds Brielmann. Competitors that are respectful of what each organization has achieved and accomplished are most successful at blending the best cultural and employee assets from both entities.

How will tax reform impact the healthcare M&A landscape in 2018? What other key roles do communicators play to ensure deals work short- and long-term? For more from this roundtable, check out the April issue of PRWeek.