"I hate the expression 'match made in heaven'," says FleishmanHillard Fishburn (FHF) CEO Jim Donaldson as we kick off our interview. "It implies we didn't make any effort, that the merger was all fine and Ali and I just held hands and skipped into the distance."

PRWeek had asked Donaldson whether the creation of FHF, two years on from it having taken effect, had proved a marriage of convenience or a match made in heaven, the same question this title posed after it was announced in late 2015.

Donaldson, who joined FleishmanHillard at the start of 2015, continues: "That idea it was a marriage of convenience really annoyed me because we didn't have to do it, it wasn't forced on us at all, it was our idea. It has been great to be spurred on [by that perception], and prove people wrong."

Ali Gee, FHF's deputy CEO, continues: "This had been talked about for a number of years by John Saunders [now Fleishman's global CEO] and also my predecessor at Fishburn, Simon Matthews."

"Simon Matthews had mentioned to me that this conversation had happened. It just seemed like a no-brainer - I'd come from Edelman and couldn't really understand how Fishburn could have a future if we didn't have a stronger global presence," says Gee, who become Fishburn CEO in late 2013.

The pair, both relatively new in post, met in summer 2015 and quickly decided to pursue it.

"I think to both of our surprise, we were largely allowed to manage the thing ourselves - I kept looking over my shoulder, waiting to be told 'let us handle this'; that never happened," Gee said.

Donaldson says: "The other piece of catalytic luck in all this, if that's the right expression, is that Fishburn were also due to move into this building. Omnicom took these two buildings [Bankside 2 and Bankside 3] and as agencies' leases expired, they gradually moved in. Fishburn's lease was up in December 2015."

It was decided there was no point having Fishburn move, only to then relocate internally a second time. "We were going to be on the ninth floor with the best vista - the one downer is we have to slum it on the sixth," jokes Gee. 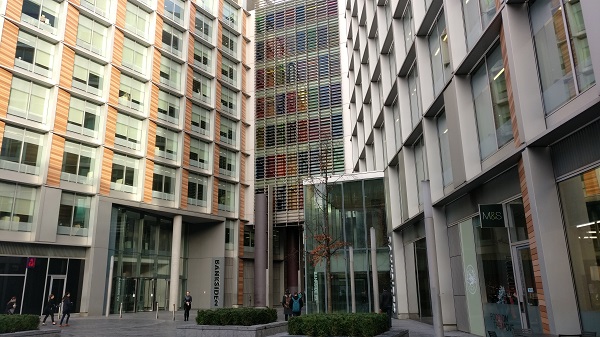 That aside, luck appears to have been kind. "There was not much in the way of client clash... I can't think of any that were serious enough that we couldn't deal with," Donaldson adds. In some areas, most notably healthcare, there was no clash at all - Fishburn did not have such as a division.

The slotting together of the two firms also worked well because of the gaps in both senior teams. "Fishburn brought a creative director, a head of new business and a head of media... we had previously had them but at the time of the merger, we didn't," recalls Donaldson. Had the new agency had two individuals competing for each role, things could have been messier.

Gee and Donaldson's chemistry helped too. "It turned out that we grew up in the same part of the world, had the same childhood, same this, same that," says Gee, who hails from Haslemere, three miles from Donaldson's hometown of Hindhead, in Surrey.

'Fear in their eyes'

It is clear that Gee had inherited a tough gig when she arrived at Fishburn. The business' revenues in 2012 were around £14m, according to the PRWeek Top 150, dropping by £2m two years later, in her first full year in charge.

Fleishman was also going through something of a transitional period, with senior staff and major clients. Donaldson now reflects that he knew the business "needed a bit of a boost, a renewed feeling of energy and vigour".

As such, the merger was not all plain sailing. Gee admits that staff, in particular Fishburn people, were nervous. In the first couple of weeks after the announcement, she attested to "everyone being terrified", her staff assuming they would lose jobs and "thinking that it couldn't possibly be good news".

"A lot of the team looked at me with fear in their eyes and I knew even then that we were all going to be safe, but there was only so much we could say... within a couple of weeks, I think all but two of our team were able to come over, and the reason for those two was duplication of central services," she says.

Donaldson says things soon settled down. "In December, the Fishburn people moved in and about three days later we had our Christmas party, and yes, like all Xmas parties people were in the groups they're generally in, but it was a chance for people to go 'okay, they're just like us really'," he comments.

"Someone said to us, 'I've just realised that this isn’t a takeover'. It was quite clear to the staff that the leadership structure was going to be 50:50, which made a very big statement."

With just a couple of redundancies, despite fears more might result, FHF had an initial 200 staff when it started life as a single unit in January 2016.

"We have almost been successful from the first month," says Jim Donaldson, adding: "Pretty much every single major client has grown, and none have left."

The firm registered seven per cent growth in its first year as a merged entity, putting it 10th in the PRWeek Top 150 for 2017, with revenues estimated at £30m and staffcount increasing to 250. PRWeek understands revenue growth this year is likely to reach double digits.

That number that has since grown to around 300, including the firm's Bristol-based content marketing agency Specialist. The firm now handles around 95 per cent of recruitment direct rather than through agencies, and last year ran a #ListeningFace employer brand campaign. Today, the firm launches a new graduate recruitment scheme, 'Meet the FHFers', with a diversity focus launching today (see video below), and Instagram content also set to go live.

The growth was helped by three global wins around the time of merger; Bose, Crocs and Fitbit - when Gee and Donaldson are asked their favourite FHF campaigns of the past year, Gee opts for work for the shoemaker (see end of article).

Oil firm Saudi Aramco is also a significant firm on FHF's 230-client roster, but the industry rumour that Donaldson's Middle East connections have been responsible for bringing in the bulk of new income is incorrect.

Two of Gee's former Edelman colleagues, Leah Katz and Dominic Pendry, have since moved up into new roles in New York, while Sophie Scott has become global head of tech, but remains UK-based.

Read next: 'Fleishman is one of the top two agencies in the world' - PRWeek meets John Saunders

Donaldson says the firm sees employee engagement as a "huge opportunity" - and his is not the only major agency to have decided this - while other areas ripe for growth would be sports and entertainment, health tech and consumer tech. As it stands, corporate is FHF's largest practice followed by tech, with healthcare and consumer tied for third.

Another opportunity for Fleishman has come as part of Omnicom PR Group - in 2016, David Gallagher took up the role of European CEO of this new grouping. The group's combined workforce in London, made up of Fleishman, Ketchum, Porter Novelli and Portland and a couple of smaller others, exceeds 750.

But what exactly does it mean for component firms? Donaldson says: "The biggest impact is new business for us. Gallagher (below) goes from office to office and what he has done is bought a bit of a new drive to how we do new business... [we] pitch together for things and I think that’s been hugely advantageous to us, and in healthcare in particular it's proved to be very successful."

"The other thing is he has got all the CEOs and all our talent people to meet regularly, and obviously in some cases we still compete with each, but we’re pretty close as a group and in London." He says other areas of collaboration include training programmes, joint buying of back-office services and giving broader career opportunities for staff, potentially ensuring they aren't lost to a rival network. 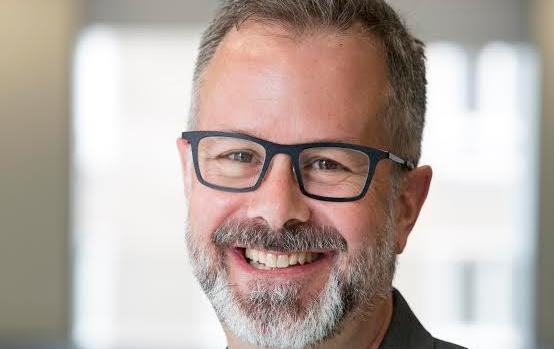 Two years on, Gee and Donaldson still say they are sought out for advice across the industry on how to make mergers work.

Gee describes: "Jim and I are called often to discuss how we did it. We’re seeing mergers and acquisitions all the time in the industry, and we are ourselves looking to grow in the medium term in that way. People are quite keen to hear how we did it... I hope we’ve helped [them]."

PRWeek asks what that reference to future purchases means. Answers Donaldson: "We've proved to ourselves and to the market that we're quite good at this, so if other opportunities do come along we’ll look at them through this lens.

"There’s no doubt that London is a very strong growth market for our sector, particularly the global agencies, despite Brexit, despite all the things that you’d think would be holding the agencies back. Certainly all the other people in the industy I'm talking to in London, their businesses have done really well, so will there be other opportunities for agencies to merge, to acquire, to do those sorts of things? Some of it is luck of the draw... circumstances bring people together."

Their key advice to other firms considering mergers, says Gee, is that "the two people at the top have to like each other".

Donaldson continues: "That’s where we always start when people ask us how have you made this such a success."

"We start at the very beginning, that relationship has to work, it needs to be tight, you need to be turning up together and in the words of Frozen, finishing each other’s...." He smiles, pausing for Gee to deliver the punchline from the Disney animation. She doesn't. "Sandwiches," he says with a chuckle, when she doesn't.

FHF helped turned around the reputation of 'uncool' footwear brand Crocs. At the centre of this was its discovery of a "secret fan", the British fashion designer Christopher Kane, who helped it launch a new version of the shoe at London Fashion Week 2016, and return the following year.

"2017 was the year that we actually made Crocs cool," she says: "If you can engage Anna Wintour, Daisy Lowe and Poppy Delevingne with Crocs on the catwalk and land praise for them in Vogue and Harper’s Bazaar and Glamour, then you know you’ve turned a brand around."

FHF managed to secure rate relief in the 2017 Budget for pubs and bars and a reform of the appeals and valuation process, through a campaign targeting business leaders, media and mobilising the ALMR membership.

"The ALMR campaign is a brilliant example of how an organisation can punch above its weight, make change happen and have a massively beneficial impact on the business community. All on a relatively small budget."