News
Tweet
Share
While military efforts on the ground, such as the "incredibly courageous efforts of the Iraqi Security Forces", should take "much of the credit" for the victory against Isis, it "was undoubtedly hastened and aided by the efforts of comms practitioners in the coalition, and particularly in the UK", according to Dan Chugg, the senior Foreign Office official who set up the anti-Isis propaganda unit.

He said: "We undermined Daesh’s narrative, contested the information space and damaged its brand. We did this by making it appear less cool, less credible and less competent."

However, while the battle in Iraq may have been won, the war is far from over, he admitted.

Writing in the current edition of Civil Service Quarterly, Chugg warned: "New organisations will learn from Daesh’s media operations, examine their shortcomings and improve on them. They will use the full gamut of communications tools in their efforts to harm us."

Chugg’s comments come as a new inquiry was launched on Tuesday by the Commons Defence Committee to look into how the UK should respond to global Islamist terrorism.

Among the questions it will seek to answer is what role strategic comms should play in countering Islamist terrorism messaging and whether there are any lessons to be learned from past campaigns.


New organisations will learn from Daesh’s media operations, examine their shortcomings and improve on them. They will use the full gamut of communications tools in their efforts to harm us.

Chugg recalled how Isis rose to prominence in 2014 when it took over large areas of territory in Iraq and Syria.

"In part, the secret of its success as a brand was its success on the ground," said Chugg.

Another reason for its rapid rise and recruitment of tens of thousands of followers was due to putting "strategic communications at the heart of operations" in a bid to "weaponise the media".

The approach worked, with media "inadvertently amplifying Daesh’s propaganda by reporting and publicising its atrocities".

Chugg described how Isis "systematically created social media accounts and used them to share information and specially designed content across the globe in the blink of an eye" and claimed that "social media companies were largely unconcerned".

In response, strategic comms became one of the main tasks of the global coalition created in 2015 to take on Isis.

In September that year, the then Prime Minister, David Cameron, announced the creation of a Coalition Communications Cell in London.

"The aim would be to undermine Daesh propaganda and to damage its brand. I was asked to make this happen," recalled Chugg. 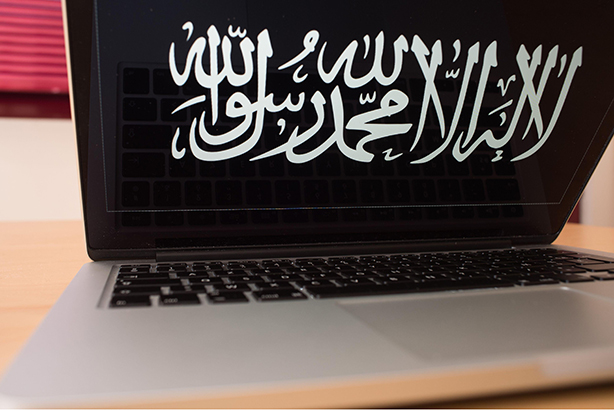 He said: "Our first task was to change the narrative around Daesh from one of success to one of failure. We needed to damage the Daesh brand by showing that, contrary to its own propaganda, Daesh was failing to win battles, failing to provide services to people in the territory under its control, and failing to live up to its promises."

PRWeek reported in 2015 on how the Government was considering a fresh approach to providing a credible counter-narrative to extremism and that PR could be a key plank of the new strategy.

Outlining the proposal at a counter-terrorism conference at London King’s College, Chugg said then that one of the keys to defeating Isis was to undermine its "strong brand" and "cool" image.


Our experience with Daesh underlines the need to acknowledge that communication is a key battleground in preserving our nation’s security.

Today, the terror group, "once considered a threat to the stability of the whole Middle East, has failed to create a state. It is no longer able to recruit thousands or even hundreds of people to join it each month.

And its propaganda is a pale shadow of what it previously was."

But Chugg cautioned: "Daesh is not yet defeated. As the organisation fragments, so its propaganda becomes less centralised and less consistent. While this diminishes its power, it also makes it more difficult to counter."

He commented: "Our experience with Daesh underlines the need to acknowledge that communication is a key battleground in preserving our nation’s security. We need to improve our capabilities and increase our resources in this area if we are to stay safe."

How do you undermine the Islamic State brand?