UK Anti-Doping (UKAD), a non-departmental arms-length body funded by the Department of Digital, Culture, Media and Sport, has taken on Charlie Bosomworth as head of comms. 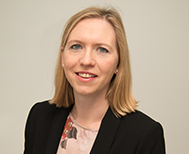 All three work under new director of comms Emily Robinson (pictured right), who sits on the UKAD executive team. She joined in February 2017, having previously been deputy chief executive of the charity Alcohol Concern, where she instigated and led its Dry January campaign, and has also worked for the Local Government Association.

Robinson has since reviewed UKAD's comms operation and put increased emphasis on digital comms and social media in the new team in order to improve engagement with athletes, stakeholders and the public.

She said: "The team will play a pivotal role in supporting UKAD’s vision to inspire confidence in clean sport. We want to make anti-doping easier to understand for our stakeholders and the public, while of course protecting the integrity of our ongoing cases and investigations.

"We are looking ahead to several major communications projects over the coming months, including the publication of our new organisational strategy, improving our online presence and running the second Clean Sport Week, which takes place in May this year."

Clean Sport Week ran in July last year, but has been moved to May to coincide with major sporting events such as the FA Cup final, major rugby internationals, triathlon fixtures and the start of the grass court tennis season.