Virgin on the ridiculous

The PRWeek scoop on Virgin Trains' boycott of the Daily Mail provoked a lot of fascinating discussion on important topics around brand values, free speech in a digital age, censorship and millennial values and yadda yadda... boring - Flack is more interested in some comic tweets.

Here, the PR man for The Sun, and a former Portland staffer who now edits ConservativeHome, tussle for the title of wittiest reaction.

Virgin Trains have banned the Daily Mail website for years, by the simple mechanism of their onboard wifi never bloody working.

In the sense that it comes out on time and gives customers what they want, presumably. https://t.co/G5CtRrSr4D

Elsewhere, if one of our 2017 30 Under 30 is to be believed, whoever does the PR for Heinz should keep their eyes open...

Quite. Would there be this kind of outrage if Virgin decided they'd no longer stock Heinz Tomato Ketchup?

Elsewhere, Flack's reporter colleague Sam Burne James hasn't stopped wittering on this week about how he got asked to chat to about the story with Vanessa Feltz on BBC Radio London - his dulcet tones can be found 43 mins into this iPlayer Radio recording.

The inaugural outing of the PRWeek Running Club last night (11 January) saw 25 runners from a variety of agencies including Weber Shandwick, Hotwire, Good Relations and host agency WE Communications. They tackled a route around St James's Park and Green Park before retiring to WE's office for some well earned refreshment - thank you to the WE for those.

Email Sam Burne James if you'd like to get on the mailing list for future runs - and put the next two dates in the diary; Thursday 8 February (at Ketchum) and Thursday 15 March (at Good Relations).

Well done to those in the faster group, which included W's Jeff Ingold and CCgroup CEO Richard Fogg; Flack wonders if they twigged that they were keeping pace with a former Olympian, the British middle distance runner Andy Baddeley, who joined Fusion Media last year. 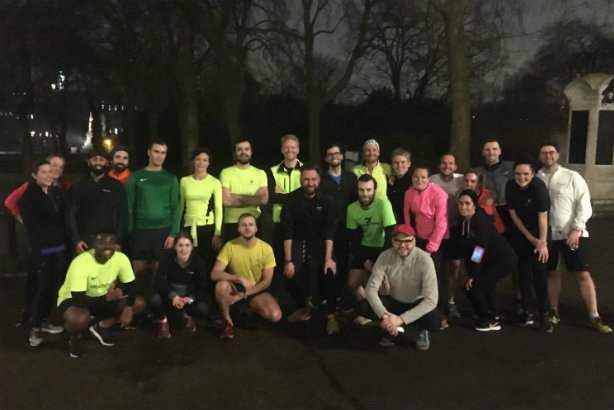 Flack knows that PRs are a multi-talented bunch - and few more so it seems than Susan Fleet, the founder of Burgess Hill-based Lea Graham Associates.

A passionate singer, Fleet has recently released Dedication to a Songbird, a tribute to her friend and colleague Dame Vera Lynn (the pair are pictured below). Proceeds from the album sales will go to the Dame Vera Lynn Children’s Charity, which works with young families affected by cerebral palsy and associated diseases. 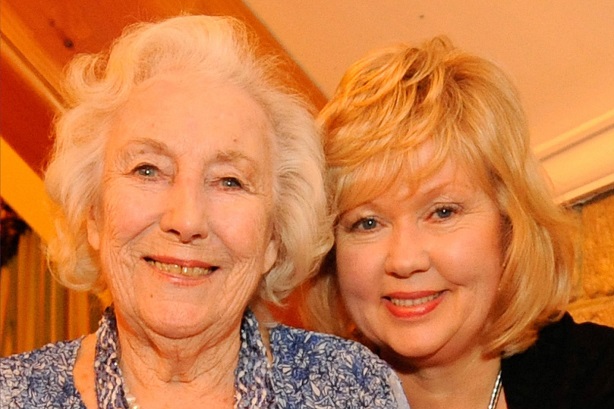 Toby Young's brief and controversial stint as chair of the Government's new Office for Students led to much dissection of his character in national media.

PRWeek has found someone with a unique viewpoint on the man known on Twitter as @Toadmeister - the truth-embracing PR man Cathal Morrow.

The pair, it turns out, went to the same school. "I only remember meeting him once at school," Morrow says, to Flack's slight disappointment.

"It was William Ellis in Parliament Hill - a grammar school some decades past its prime," he continues. "A TV production company were looking for school kids to take part in a programme on youth politics. I had no interest in either TV or politics, but it provided me with the opportunity to skip my double politics class.

"The producer asked us all some questions, and Toby was exceptional. Eloquent and outspoken. I thought he was a media-obsessed knob. Naturally, Toby was picked for the programme, and I was not."

It wasn't all bad for Morrow though - he reports winning a £5 bet with his politics teacher, who had predicted he'd fail the A-Level in the subject. And the rest, is history...

From Iron Lady to cardboard man

Flack is almost certainly not alone when musing, on occasion, that our British politicians are too wooden in front of the camera.

Spare a thought, however, for the people – and assembled political press – of Thailand this week, when Prime Minister Prayut Chan-O-Cha arrived at a press conference, placed a cardboard cutout of himself in front of reporters, told them to direct their questions to the cutout, then walked out.

Thailand’s prime minister sets up a cardboard cutout of himself at a press event, tells reporters to direct their questions to the cardboard. Then he walks out. https://t.co/3gimDammLr pic.twitter.com/I9UcTvvn8X

Flack wonders if our own Prime Minister has been using the same tactic during some of her press conferences.

PRWeek has always been a big supporter of animals in the workplace to help ease business stress. However, this publication’s in-depth report on the topic from 2016, while cute and all, feels a little dog- and cat-heavy.

Flack was delighted, therefore, to learn that one agency had been seriously* considering a more unusual being to add to the office environment.

A source has revealed that APCO had discussed plans to introduce an octopus to the London business. As well as being one hell of a talking point, it was hoped the cephalopod would mimic its late German counterpart Paul (below), who shot to fame in the 2006 World Cup, by accurately predicting (in the APCO case) business-useful outcomes.

Sadly, the APCO octopus never was. Probably for the best, although he/she would have been a wonder at tea rounds.

* Flack would like to point out that acquisition of an octopus was never official policy of APCO, its subsidiaries or affiliates in any part of the known world or the seabed.