As controversial industries go, energy – and, in particular, fracking – takes some beating.

Formally called ‘hydraulic fracturing’, the technique, which involves extracting shale gas from the ground using a high-pressure mixture of water, sand and chemicals, has faced opposition for years. Campaigners’ views range from scepticism to downright hostility, with contaminated water, earth tremors and general environmental damage among their concerns. According to Friends of the Earth, there are more than 300 anti-fracking groups in the UK.

More: Questionable practices: Which industry has the worst ethical credentials?

Political opposition is widespread, too, and bec­ame more forcefully expressed ahead of the UK’s first shale gas extraction site going into operation.

In October 2017, the Scottish National Party banned fracking in Scotland, and the following month London’s Labour Mayor, Sadiq Khan, called on London councils to avoid it; his party opposes the practice. The Conservatives support it, and in 2013 the Tory-led coalition halved the tax rate on early profits for fracking companies. However, the party’s 2017 general election manifesto said there must be public support for it and people local to fracking sites must benefit financially.

Who would handle a comms challenge like this? And what approaches are PR and public affairs pros at fracking companies taking to get their messages across in such a hostile environment?

Matt Lambert knows what it is like to face difficult comms situations. A former corporate affairs director at Microsoft, he moved to online betting firm Betfair as director of global regulatory affairs before joining shale gas exploration and production company Cuadrilla in 2013 as government and public affairs director.

"I’ve worked for a few companies that have had their detractors and their supporters, and the same goes for Cuadrilla and shale gas," he tells PRWeek.

That might be an understatement regarding his current employer. Cuadrilla may be the UK’s best known fracking company; it hit the headlines in 2011 when two minor earthquakes in Lancashire were linked to its exploration activity.

Lambert bemoans "scaremongering" and "misinformation" about shale gas, particularly the dangers and health risks, "which we can counter with facts and science and expert opinion", he says.

"But the difficulty is – and this is a common theme in politics and society today – that trying to combat emotional, and highly incendiary, arguments about things that people are scared of with just scientific arguments is quite difficult." 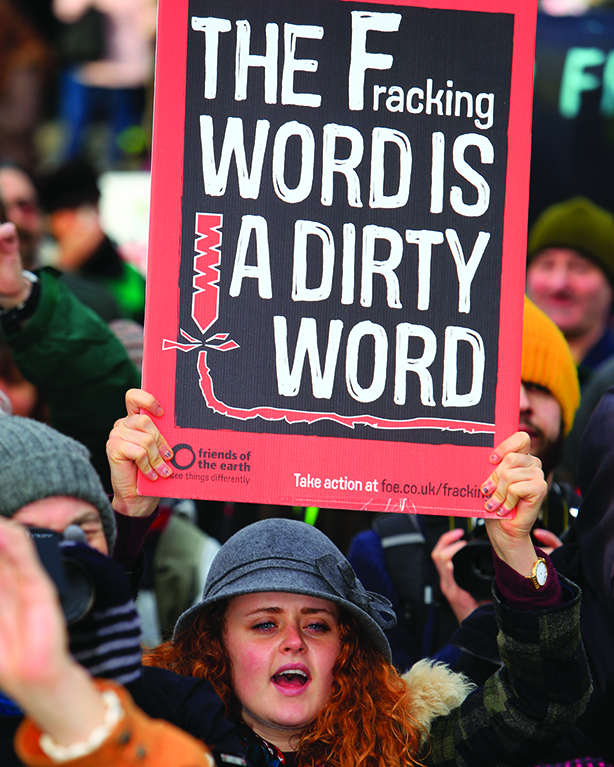 Lambert links this to widespread cynicism, summed up by MP Michael Gove’s famous line during the EU referendum campaign: "People in this country have had enough of experts."

"There’s a mistrust, particularly, of industry; that they must have a vested interest and therefore we can’t necessarily trust them, and can we really trust the experts?" Lambert says.

"Just saying ‘That’s wrong, the facts don’t support it,’ is not always enough. Once the story is out there it’s across the internet in minutes and you’re running behind trying to deal with it, trying to find experts to counter it."

He adds: "You have to find the arguments that resonate with the public in the same sort of way that make the case for a point of view."

Cuadrilla’s four-strong comms team includes one person with particular responsibility for social media, but it is not a big function; the company does not use agencies "in a big way" to handle social, Lambert says.

Before social media, the debate would typically happen between a well-informed, tight-knit group of journalists and well-known campaigners.

"It isn’t like that any more," he notes. "Somebody can make a comment almost anywhere in the world and it’s international almost immediately, if it’s eye-catching and interesting enough or potentially newsworthy. That can come from an individual in a hut in Mongolia, from the conventional media – as it always did – or from a campaign.

"It’s just a much larger range of possibilities, issues and media that have to be responded to and to which you want to get your point of view across," Lambert says. "It’s a totally different world. It’s made it much more interesting, and accessible, and that works both ways. People can get their point of view across more effectively without having a lot of vested interests and power."

Cuadrilla’s approach is to focus on positive messages, such as job creation, economic growth and reduced reliance on overseas energy suppliers.

"It’s about making the case, not just trying to argue all the time about science," Lambert says. "What [the public] are interested in is jobs and opportunity, and whether they can heat their homes at a reasonable cost, rely on being able to get the energy to keep them warm and keep the lights on, and so on."

He adds: "The other thing is to be relentlessly open, above-board and honest, and make available all the information and data that supports whatever point you’re making."

To illustrate Cuadrilla’s approach, in December 2016, it made six public commitments to Lancashire relating to job creation, training, energy security and more. The commitments are independently audited every quarter, and the company gives regular updates on local investment.

"For example, since the beginning of our operations in Lancashire we’ve put £5m into the local economy, and we’ve created 50 jobs," says Lambert.

In November Cuadrilla said 29 households within 1km of its Preston New Road site would each receive just over £2,000, while those in the 1km-1.5km range would get about £150, as part of its £100,000 "community benefit payment" for the second exploration well at the site.

Cuadrilla’s activities have the tagline "putting Lancashire first". "It’s not a PR campaign; it’s a way of doing business," Lambert insists, saying the company will prioritise Lancashire firms for its supply network and employment. "It’s a good example of a communications function leading the whole company in a different and new way of doing business for the good of the local community."

David Petrie, comms manager at another energy firm, IGas Energy, also sees community engagement as key. IGas, which operates more than 100 sites across the country, began drilling for shale gas at two locations in the East Midlands in 2017.

"My focus won’t be so much on the media as it will be on the communities we’ll be operating in," Petrie says. "I suppose we’ll be using a ‘trickle up’ argument, for want of a better phrase, where you establish relationships and trust at a local community level, and so the source of negative stories is diminished."

Like Lambert, Petrie believes "it’s very difficult to fight emotions with facts" around fracking; hence the community activities. IGas will hold frequent events with local businesses and residents, and host site visits. Its geologists and engineers will be on hand to answer questions.

The way Petrie, one of two comms employees at the listed company, describes his work sounds more like political campaigning. One could call it grassroots comms.

"I’m up and down the road quite often, meeting people, door-knocking. Face-to-face meetings trump any briefings you can send or email, because it’s more difficult to disagree with somebody if you’ve seen them face-to-face. Putting a face to the company helps build the trust as well," he says.

It is also crucial to explain potential downsides. It would be "disingenuous" to suggest the public will not see an increase in road traffic or noise or light pollution around the sites, Petrie points out. "You have to be upfront about that from the start. It’s our default position in planning permissions, in particular, to always describe the worst-case scenario.

"You can’t try to sugar-coat things. That’s a very short-term strategy. You may benefit for a matter of weeks, but the reality is once that sugar-coating is discovered not to be as positive as you described, the trust that you damage will arguably take years to rebuild, if that’s at all possible."

Acting on local concerns is also important, according to Petrie. For example, that is what inspired IGas to reroute HGVs near its Springs Road site in the East Midlands.

Asked what advice he would offer comms professionals working in controversial and challenging environments, he stresses one quality above all: empathy.

"It’s very important to understand the motivation of opposition, and not to just dismiss it," Petrie says.

"People across various industries and sectors are often dismissed as troublemakers, with an ‘anti-everything’ approach, but you have to appreciate the sincerity of some of the opposition when it’s genuine.

"You have to put in the hours and the yards to build trust and be the face [of the organisation], to take the good with the bad, the criticism with the positives. You have to listen.

"There’s no silver bullet. It’s hard yards – but it is possible."

Also see: A question of principles: How  much do ethics really matter in PR?