Newlink's managing partners María Claudia De Francisco Zambrano (pictured) and Rafael Mora will remain with the business, and remaining minority stakeholders will have the option to sell their shares to SEC after five years. 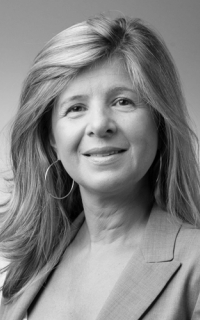 Newlink is based in Bogotà and has clients including Coca-Cola, Ford Foundation, Adidas, Sanofi, British American Tobacco and Michael Page. The agency had a turnover of €2.8m in 2016, generating EBITDA of nearly €250,000, making it the country's second-largest agency behind Dattis.

SEC founder and CEO Fiorenzo Tagliabue told PRWeek that he saw particular opportunities in Latin America's energy, transport and infrastructure market, including for European firms such as Enel, an Italian energy multinational that is already a SEC client.

Of SEC's expansion plans, he said: "This will be a regional hub that we will use to make other acquisitions; we want more acquisitions in Peru, Chile, Ecuador and Uruguay."

He said that two such takeovers should be completed this year, and that the firm hoped to complete an acquisition in the US by the end of the first half of 2018.

SEC has more than 200 staff across Europe.

The group became the first company to list on London's AIM market a few days after 2016's Brexit referendum, after which Tagliabue discussed plans to expand the company into the Americas and Asia.