I’ve been an avid gamer since the Nintendo 64 era, and I have never quite seen a controversy like the one with Star Wars Battlefront 2.

If you’re not familiar with the controversy, here’s a rundown: Electronic Arts (EA), one of gaming’s most prominent publishers, has placed "loot boxes" and repetitive grinds in Battlefront 2 to emulate a pay-to-win economy, and consumers are outraged. In fact, the publicity got so bad that EA’s stock plummeted by more than $3 billion in late November and lawmakers have called for legislation to ban the game. It’s safe to say EA has a PR nightmare on its hands.

A lot has gone wrong from a PR standpoint, yet it didn’t have to. With a few proper guiding principles in place, some of this outrage could have been mitigated from a communications perspective.

Here are a few lessons we can take away from this nightmarish PR event.

Think two (or more) steps ahead of your audienceIf you have never heard of loot boxes, they are basically a "virtual item" that gives players a random selection of in-game items, ranging from simple customization options to game-changing equipment such as weapons and armor. The latter is why these loot boxes are so controversial. Players tend to have an immediate and negative reaction to the very idea of loot boxes, and the fact Battlefront 2’s progression system is directly tied to them should have been a warning sign for EA’s PR team.

Make sure you are following your audience closely. For example, EA’s PR team should have had nearly every single asset (i.e. FAQ’s, canned media responses, crisis communications materials, etc.) ready in case there was backlash from consumers, especially considering the volatility of loot boxes. If you are fully aware of your consumers’ behavior, you can make the necessary steps ahead of time to deal with any backlash.

Keep a clear and consistent message In the beginning of this whole fiasco, gamers discovered they would need to play the game nearly 40 hours to unlock a single hero such as Darth Vader. (These numbers have since been changed by EA). Originally, the developers stated they were hearing the community’s worries and are "making changes" to make the game better. However, not even a full day later, a community manager responded to the same issue on the Star Wars Battlefront 2 sub-Reddit by stating, "The intent is to provide players with a sense of pride and accomplishment for unlocking different heroes." What would normally be a routine response in the PR world has become the most downvoted comment in Reddit’s history.

The new digital era has made consumers smarter than ever. It is vital that your communications touchpoints are clear and consistent, especially during a tumultuous time where consumers’ mindsets are volatile. In this case, the community manager should have lead with a comment about making changes and listening to player feedback. This type of response would emulate the company’s previous narrative, which drove home a clear message about progress and the future. Instead, consumers lambasted their response, and made the comment is a part of history.

Truthfully, many of these problems are out of the PR team’s control. They don’t have the power to remove loot boxes from the game and probably didn’t have any say in the game’s development.

However, it is important to remain ahead of your audience, as well as consistent and transparent in your message, at all times to keep your brand’s equity intact. Even though these tips are PR 101, sometimes we need controversies like Battlefront 2 as a subtle reminder. 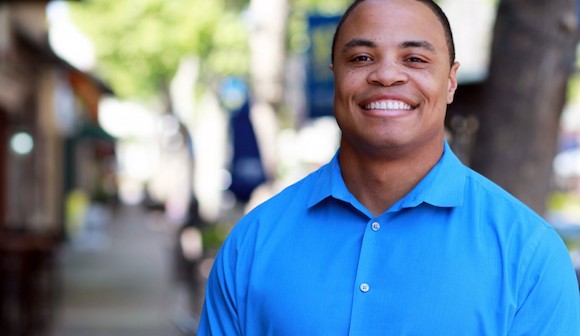