A powerful campaign film telling holidaymakers what to do in the event that they are caught up in a terrorist attack abroad was released by British counter terrorism police just prior to the summer holidays. The film achieved more than 750,000 views in the first week.

The Department for Work and Pensions launched a major multi-channel workplace pensions campaign in October to persuade millions more people to save for their retirement.

Challenging online negativity towards a campaign to fight sexism around firefighting has helped raise its profile and foster creativity in terms of social media support for the crusade.

The greatest respect you can give to the crews who tackled Grenfell is to call us firefighters not firemen #FirefightingSexism pic.twitter.com/JrOc1o6HiN

Social media channels such as Snapchat and Facebook emerged as key weapons in the Electoral Commission's comms effort to drive voter registrations ahead of June's General Election, with its website visited by hundreds of thousands of people.

A 65 per cent uplift in reporting of unwanted sexual behaviour on public transport resulted from a TfL-led campaign to address the issue. PRWeek reported on its latest phase – Every Report Builds a Picture.

London Ambulance Service launched a campaign aimed at men in their 20s to reduce the number of alcohol-related incidents this summer after figures revealed that August is a higher peak than the December party season.

A backlash against a 2017 campaign to promote school attendance in one of the worst-performing areas of the country was fêted by its creators for raising the profile of its key message. 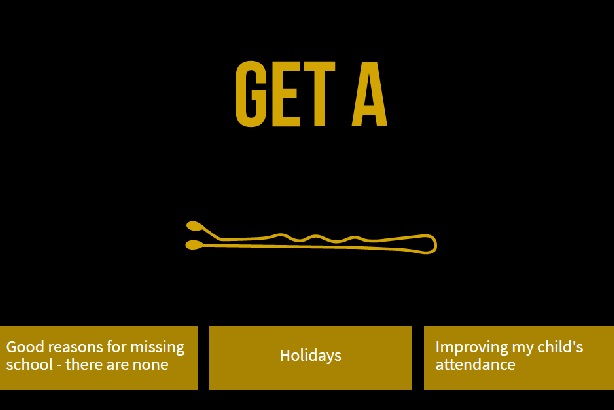