On your marks, get set, go... to the new PRWeek running club

PRWeek UK's resident plodder Sam Burne James is looking to set up an informal running group for the industry, giving PR pros a chance to meet friends and contacts new and old, and providing a bit of get-fit motivation in the new year.

The inaugural meeting of what will be an inclusive, supportive group is the evening of Thursday 11 January - get the date in your diary. WE Communications has kindly agreed to provide a place to store bags while we're pounding the pavements, and some post-run refreshments. Hopefully we'll find other agencies to host future events, which are likely to be once a month or every other month.

Frustrating times for Cohn & Wolfe this week, despite landmark news that its client Pfizer had managed to get its Viagra Connect reclassified to a lower-regulation product.

It seems some journalist emails sent to the agency about the news have been diverted into spam filters, seemingly because they include the word ‘viagra’. Flack imagines Cohn & Wolfe’s IT teams will have been looking into getting that problem, which is nobody’s fault and is nothing to be embarrassed about, diagnosed and cured.

(You'll note that Flack has kept the 'v' word out of the headline for his weekly column, to avoid any spam accidents.)

Flack gets a first from Cambridge

Christmas always comes early for journalists, as Christmas cards from PR agencies begin to arrive in the first week of December.

This year, Ebenezer Flack's spirits were raised by the receipt this week of an advent calendar from Cambridge agency BioStrata; congrats to them on being the first off the mark on this front. Business is evidently good for the science specialist - the chocolate inside was Lindt, none the less. 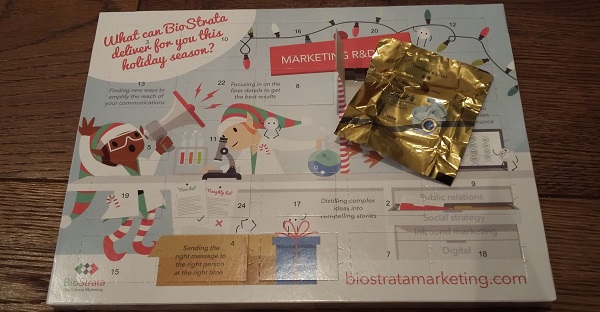 Flack was delighted to be among the crème de la crème of the UK’s blogger and vlogger community at the Vuelio Blog Awards last Friday evening, held inside the Bloomsbury Big Top in central London.

Speechless. So, I’ve won #vuelioblogAwards in the PR category. So humbled. Thanks! ?? pic.twitter.com/5Ck5X3EdfY

Of particular note were the striking pre-awards performances from fire breathers and fire-focused acrobats, who, considering the event took place inside a big tent, were remarkably brave. Gives a new meaning to the term ‘hot new influencer’, Flack believes. 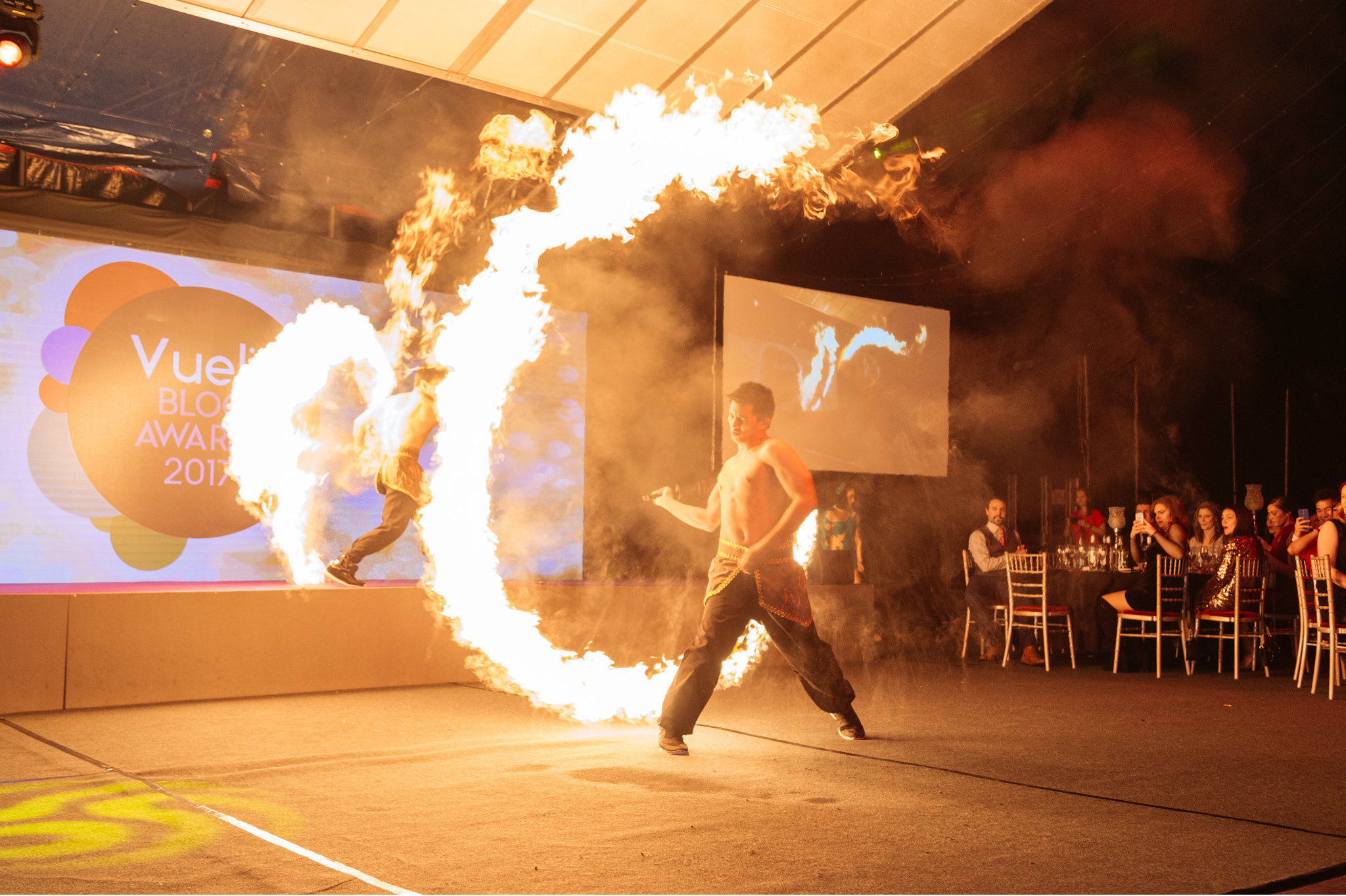 That's Scot to be freezing

Hats off to the hardy folk from five agencies north of the border, who have agreed to sleep rough for one evening to raise money to help end homelessness in Scotland.

They have pledged to raise more than £15,000 as part of Social Bite's Sleep in the Park scheme on 9 December.

Organised by Social Bite co-founder Josh Littlejohn, it will see 9,000 people take to Edinburgh's Princes Street Gardens to spend a night out in the cold. By funding social projects, such as The Social Bite Academy, the charitable organisation aims to provide housing for Scotland's 11,000 homeless, within the next five years.

Funds raised will be invested into housing projects, a nationwide jobs program, addiction rehabilitation facilities, and outreach and engagement with the homeless community.

Littlejohn said: "Sleep in the Park is about bringing the people of Scotland together for one night to support a single cause, and it's great to see all of these companies coming together for the greater good."

Liam Gallagher, Amy Macdonald, Deacon Blue and Frightened Rabbit will provide the music, and, fabulously, participants who raise over £5,000 will receive a bedtime story read to them by ex-Monty Python John Cleese.

And to stress the point: this will take place in Scotland. In December. Brrr. Click here to donate. 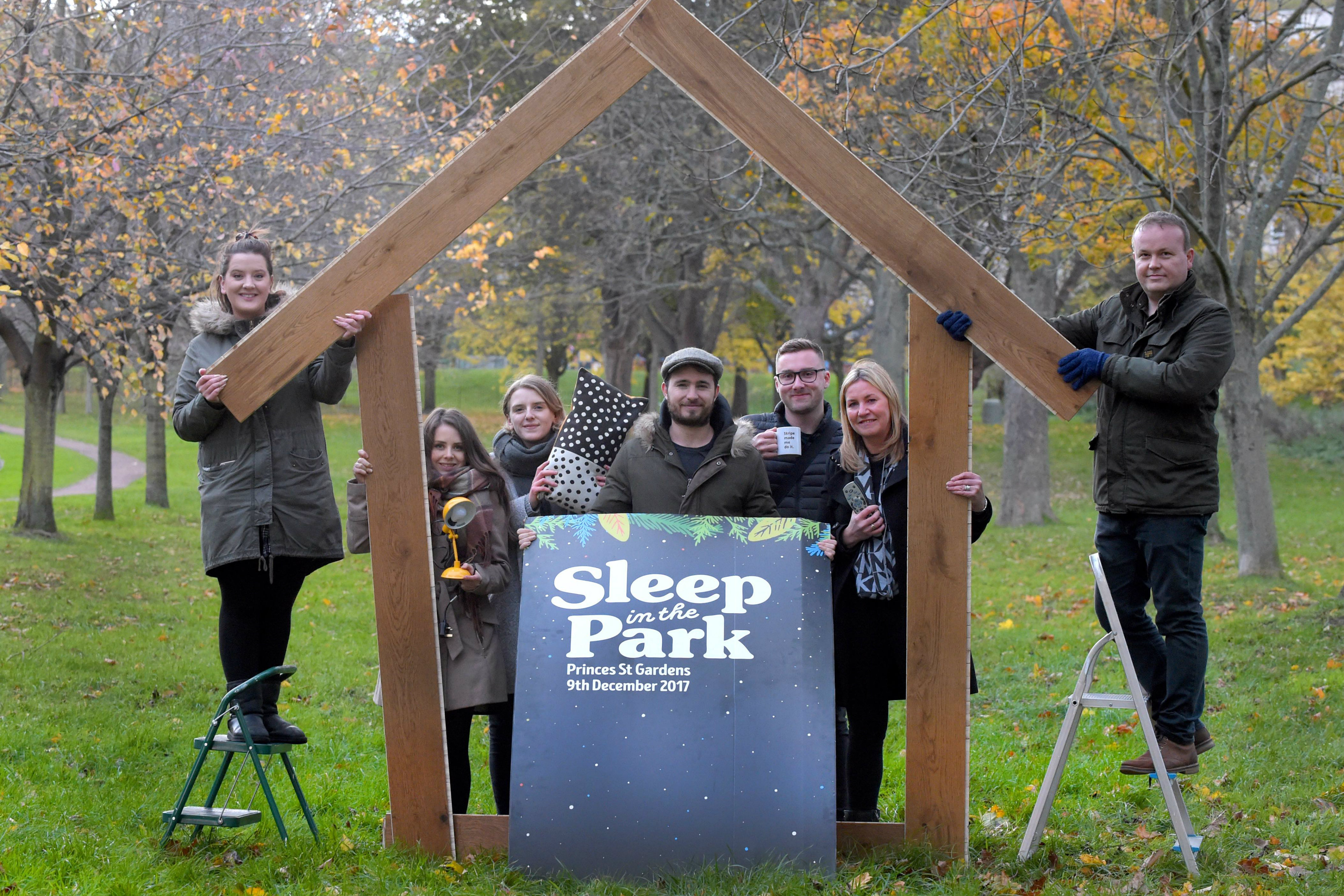