Celebrating its fifth year, PRWeek’s Hall of Fame recognizes six masters of communication and the profound impact they’ve made on the industry 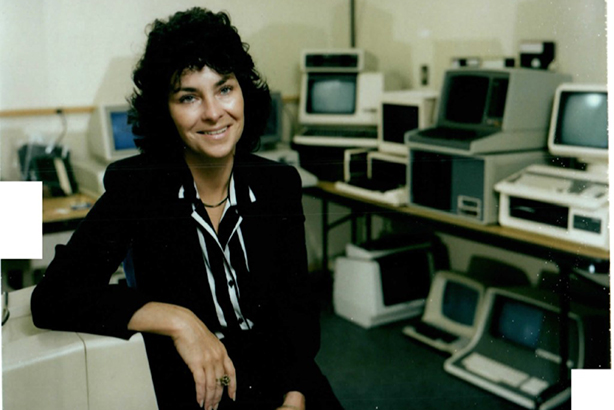 Best known as Microsoft’s first PR person, Pam Edstrom passed away this past March at the age of 71. Edstrom had known the tech powerhouse’s legendary founder Bill Gates since Microsoft was a penniless startup. Post-Microsoft, the majority of Edstrom’s career was spent at the agency to which she lent her name, working alongside CEO Melissa Waggener Zorkin in a relationship that spanned more than three decades.

A college counselor once told Pam after taking some tests, "so Pam, it turns out you are rather ordinary." No, not true. To me, to many, and to anyone who had a chance to spend time with her, Pam was extraordinary. In our hearts and minds, her influence will live on forever. Pam’s life work was communications and most of those years were spent with me building our agency.

Pam’s unwavering belief in technology’s ability to change the world unleashed torrents of new types of storytelling. She was generous at every turn, helping those reach their fullest potential. She lived life one speed, full and fast. She was a communicator, mentor, family matriarch, and the greatest partner I ever wished for and the greatest friend I could ever imagine.

I remember first meeting Pam, and she was just this incredible ball of energy. When we hired her at Microsoft, she brought us idea after idea, pushing us to do things that we wouldn’t do — to communicate and really get us out there. I loved it.

Pam was part of a group of pioneers in the ’80s who told the story of the personal computer industry, who figured out how to really capture the imagination of not just the technical press, but also of the popular press. She helped us bring technology and personal computers into the lives of everybody.

Pam was never much for titles, but a good one for her would have been "bringer of gifts."

She was a genius at brainstorming, and taught anyone who would pay attention how to excel at this. She gave the gift of ideas and the gift of honest feedback — delivered with empathy and understanding.

But most important, she gave the gift of belief. She believed people could do better, and so they did. 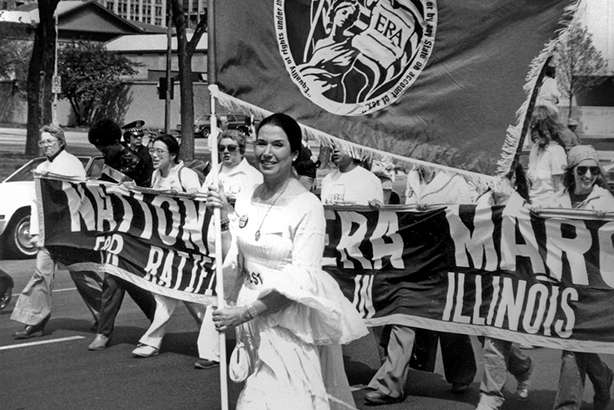 Muriel Fox was EVP of Carl Byoir & Associates and a pioneer in breaking into the then male-dominated world of PR in the 1950s. Business Week once called her "the number one woman in PR." She also cofounded the National Organization For Women (NOW), which formed in 1966.

What profession would you like  to attempt other than your own?
I’d like to be a lawyer and work for social justice.

When was the last time you  experienced a fist-pumping  victory moment?
As board chair of Veteran Feminists of America, I helped organize our most recent feminist reunion.

When was the last time you endured an "agony of defeat?"
The worst agony was seeing Hillary Clinton lose the presidential election. She would have been one of America’s greatest presidents, in my opinion.
I learned we need to keep working toward our goals, and it isn’t easy.

How long ago was the last time you truly took the time to recharge your batteries? What did you do?
I take frequent trips to recharge my batteries. Recent trips include Iran and Cuba.

I would tell myself to not accept traditions that shut women out from decision-making activities. 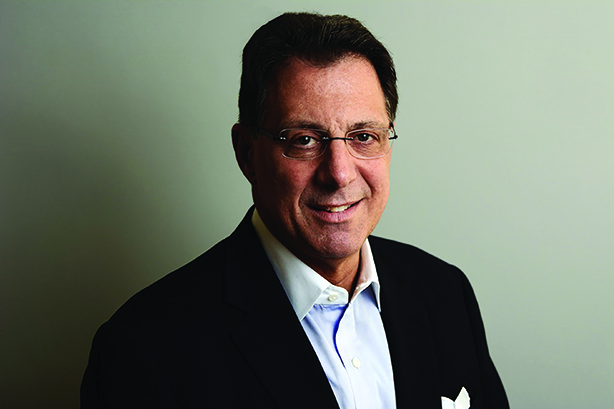 Bill Heyman set up Heyman Associates and its sibling firms around the world in order to place top PR and public affairs talent in executive positions at high-profile corporations, foundations, and academic institutions across North America, Europe, the Middle East, and Asia-Pacific.

What profession would you like to attempt other than your own?
I already manage at least 162 New York Yankees games per year — either from my family room or inside the stadium at Section 215.

When was the last time you  experienced a truly fist-pumping victory moment?
Recently a client said to me that our team had done "stellar" work.
You don’t always hear that kind of  feedback, no matter how well you do, so it means a great deal.

When was the last time you endured an "agony of defeat" moment? What did you learn from it?
Any member of the Heyman Associates team could predict my answer.
A surprising departure put some pressure on our staff, but it has proved our resilience. It really did prove there is no "I" in team.

How long ago was the last time you truly took the time to recharge your batteries? What did you do?
For our 30th wedding anniversary, my wife Doreen and I took a cruise along the Amalfi Coast [along the southern edge of Italy’s Sorrentine Peninsula].
I didn’t check email or the box scores for a week.

What do you find most frustrating about working in your current industry?
The slow work of improving diversity in the profession.
Our clients are making it a priority, and our own placement demographics reflect that, but we can’t be satisfied yet.

When have you seen  your industry shine?
In my position, I hear about communicators pushing their organizations to take a public stand and do the right thing, even if it provokes a harsh response from certain quarters. That’s the communications profession at its best.

Do something challenging that you love, and do it with people you respect and can learn from. 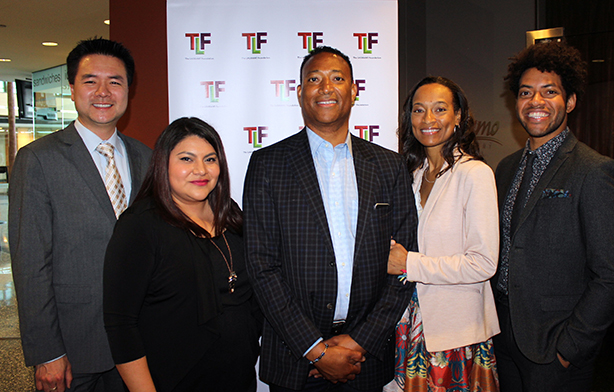 Multimillion-dollar integrated marketing communications firm Lagrant Communications is the brainchild of founder, president, and CEO Kim Hunter, a long-standing champion and pioneer of diversity in the marketing and comms sectors.

What profession would you like to attempt other than your own?
CIA agent or appointment by the president to be ambassador to Brazil, Paraguay, Uruguay, or Chile in that order.

When was the last time you  experienced a truly fist-pumping victory moment?
The launch of KLH & Associates. The response has been phenomenal. Many Fortune 500 companies retained the executive search firm to source and place ethnically diverse candidates. My only regret is I should have done this 15 years ago.

When was the last time you endured an "agony of defeat" moment? What did you learn from it?
Losing Southern California Edison after  23 years. But I learned to be focused and pursue new business that is committed and have significantly larger budgets in diversity marketing, such as Covered California.
While we lost the Edison account, which was worth $75,000, we gained a multimillion-dollar account within the same week.

How long ago was the last time you truly took the time to recharge your batteries? What did you do?
Despite being a workaholic, I always make time for vacations. My birthday is an international holiday for me, and I go somewhere I have never been.
This year I went to Finland and Norway. I’ve been to Vietnam and Korea, Ireland and Scotland, among others.

What do you find most frustrating about working in your current industry?
A lack of true leadership in the area of diversity and inclusion.

When have you seen your industry shine?
When Ann Fudge was named CEO of Young & Rubicam. She was the first African-American woman to lead a global ad agency and has been the last, unfortunately.

Be curious, courageous, adventurous, and kind. 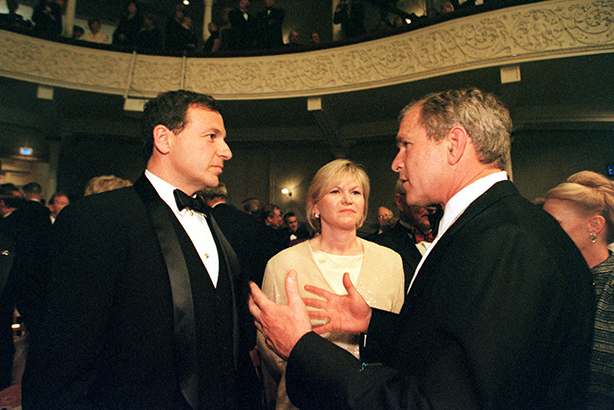 Zenia Mucha is responsible for global communications at The Walt Disney Co., including acting as chief spokesperson and overseeing communications strategy and media relations for the company, its various business segments, and its philanthropic and environmental initiatives.

What profession would you like to attempt other than your own?
Something that doesn’t require 24/7 Wi-Fi and lots of fully charged mobile devices.

When was the last time you experienced a truly fist-pumping victory moment?
I’m immensely proud of my team’s work in support of the successful opening of Shanghai Disney Resort. It was a landmark event in our efforts to introduce Disney to the more than 3 billion people in China — and our media relations, corporate comms, and PR teams collaborated to create and execute a yearlong strategy to explain Disney, shape expectations, and ensure maximum impact from the grand opening.

When was the last time you endured an "agony of defeat" moment? What did you learn from it?
When I first got this job, Disney was undergoing a shareholder revolt, among other crises. It was a brutal battle.
We realized the deep emotional connection fans have with Disney was an untapped resource that could support our comms efforts going forward.
The corporate comms team created D23, the first and only official Disney fan club, and our hundreds of thousands of members are now passionate brand ambassadors and active champions for Disney. Our fans now give Disney the benefit of the doubt and are likely to stand with us in the face of criticism or challenge.

What do you find most frustrating about working in your current industry?
It’s less about the industry and more specific to Disney. Because our name is guaranteed to draw coverage, it’s increasingly used as "clickbait" by less than scrupulous people.
We have to be vigilant to ensure we get in front of these efforts before they gain traction by constantly listening to social media, as well as traditional outlets, aggressively responding with facts to dispel any misperception of our involvement. 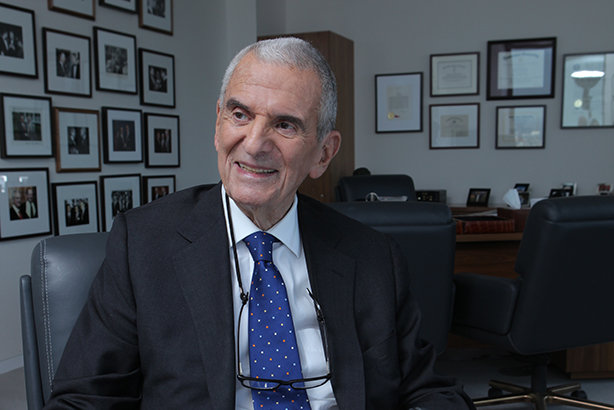 What are you most proud of over the course of your career?
To be successful, I made up my mind at the start that I had to be honest and have a high level of ethics. Several people in PR at the time didn’t have that.

What would you tell your 20-year-old self?
I’m pleased I made the decision not to continue at Harvard Law School. That changed my whole life. To be able to figure that out and leave something people would give anything for was the toughest decision in my professional life. It led to an open field for me with many opportunities. If I’d stuck up there, I would not have had those opportunities.
You’ve got to really work hard — you can’t just wing it and hope.

Tell us about an important mentor in your life.

My father was my mentor. I respected him immensely because of what he did for a living, being a crime reporter opposite police headquarters. He saw the seamy side of life, and he’d educate me on how to avoid that trap.