"You won’t have trouble keeping your hands to yourself if your hands are full of delicious MoonPies," the brand tweeted.

Some social media users who spotted the tweet before it disappeared were not happy with the brand making light of the topic.

Is this a weird way to show support for abuse/harassment survivors?
Rather poor taste. https://t.co/7k5E9wE3BA

One Twitter user replied to MoonPie's tweet, writing, "Which part of this is supposed to be funny? The part where you promote your product by alluding to sexual harassment?" 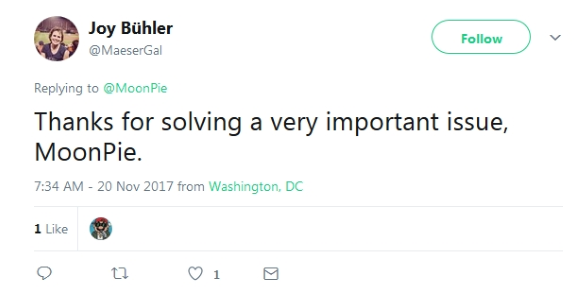 Another person tweeted, "The MoonPie Rule > The Pence Rule," referencing Vice President Mike Pence’s refusal to spend time alone with women other than his wife.