The ad industry’s annual jamboree has been subject to unprecedented scrutiny following Publicis Groupe’s decision to pull out of all marketing conferences and awards for a 12-month period, and amid claims it had lost touch with its roots as a celebration of advertising creativity.

WPP chief executive Sir Martin Sorrell has been openly critical of Cannes Lions, telling Campaign that the event "has lost its focus" and had "become too much about making money". The holding company has already pulled out of Ascential's Eurobest awards in London this November, with worldwide creative director John O’Keeffe describing them as an "expensive distraction".

In response to the criticism, Cannes Lions set up an advisory committee to "help shape the future of the festival and ensure it continues to respond to the needs of the industry", with participants including Marc Pritchard, chief brand officer at Procter & Gamble, and Keith Weed, chief marketing and communications officer at Unilever.

It has now revealed a series of amendments to create a more "clear" and "effective" festival, and to ensure that creativity and work "remains the dominant feature". Key changes include: 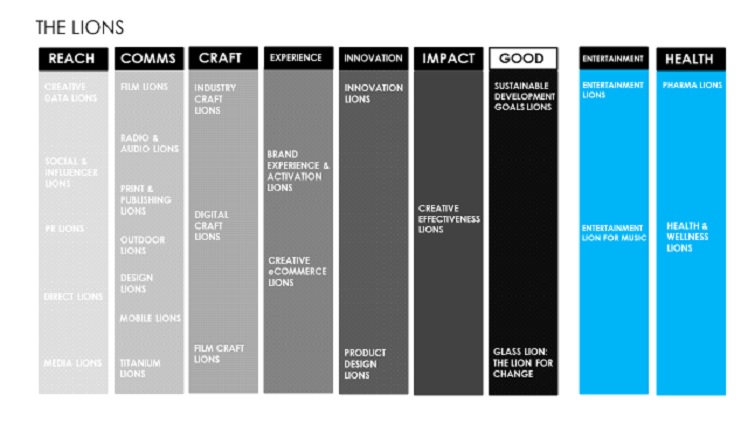 A spokesman for Cannes Lions said that awards entry fees are increasing "in line with inflation", but that there would be no "material price rise". Awards are open for entries from 18 January.

Cannes Lions is also making a number of changes to its content schedule, with conference sessions aligned with the festival’s new awards ‘tracks’.

Lions Entertainment and Lions Innovation will be integrated into the main event, while Lions Health will now run for two days, on Monday 18 and Tuesday 2019.

Ascential is also introducing changes to its pricing policy, reducing the cost of its Complete Pass by €900 (£800), but removing the previously-available array of two-day and four-day passes. It will also offer a number of "city benefits", including fixed-rate €80 taxis between Cannes and Nice Airport and fixed-price menus worth between €20 and €50 at over 50 restaurants in the area.

Speaking to Campaign, Cannes Lions managing director Jose Papa said the changes are part of a continuous evolution of the festival: "We are always developing [Cannes Lions], not only because of stakeholder feedback, but because we need to change, we need to evolve, as we hold up a mirror to the industry.

"When you look at the new awards structure, this is something we’ve been working on over the last three years. We always speak to our stakeholders, we engage with a number of different sectors across the industry – brands, agencies, technology companies, consultancies. This is a natural part of our evolution."

Publicis Groupe has quickly confirmed it will return to Cannes Lions in 2019, following completion of the investment programme in its Marcel AI tool.

"Ascential’s decision to re-centre the Cannes Lions’ focus around creativity is commendable, and Publicis Groupe is looking forward to attending the festival in 2019," chairman and chief executive Arthur Sadoun said.

"We are pleased that our decision to refocus our investments for 12 months in order to create the platform of the future has inspired a larger discussion in the industry, leading to what are clearly some positive changes. Publicis Groupe has always been a driving force for innovation, and we remain strongly focused on and committed to creative excellence."