So much for shaking it off. After Taylor Swift's initial foray into "official" pop, 2014's ear worm infested "1989," it seems the haters have triumphed, leading everyone's favorite girl "on the bleachers" to embrace her inner mean girl.

At least, that would be the pop psychology take. Many of us in marketing, however, recognize Ms. Swift to be a cunning, calculated positioning savant, and this new, edgy, and angry Taylor is nothing but a brand refresh.

But before I get to the three takeaways for your brand, here's a little catch-up for those of you who don't live and die by the Fourth of July parties of this Top 40 Golden Girl.

Act I: Erosion
The two years that followed the drop of "1989" were a roller coaster for the Swift brand. High points included earning Billboard's recognition for the best-selling album of 2014, a song-for-song homage recorded by indie darling Ryan Adams, a victory over Apple regarding streaming rights and an Album of the Year Grammy.

But then...the fall. Kimye recordings. Spats with Katy over Twitter. Hiddleston "I heart TS" t-shirts. Criticism for failing to back a presidential candidate. A music video that included more super models than a Pret a Porter runway.

It all seemed incredibly off-brand for someone who positioned herself as the lovestruck girl next door, cuddler of cats, and BFF of her parents. I mean, this was the same girl who delivered Christmas presents in person to geeky uberfans, right?

Yes. That was the girl.

And that was the problem.

Ms. Swift recognized she had to grow up. And like the omnipresent snakes on her social feeds, she needed to shed her skin. Erode to evolve.

Act II: Evolution
In order to make room for the "new" Taylor, she needed to "kill" the old. Thus far, she's done this in a variety of ways including deleting her social media histories and releasing an initial single with the explicit lyric:

Ms. Swift has largely destroyed her old iconography with mightily produced, heavy-on-the-subtext, "I don't give a---" music videos (and in the case of "Look What You Made Me Do," literally piling up her ghosts of albums past). She's also eliminated her single-most paparazzi-baiting characteristic and put her love life on mute. Finally, she has silenced one-time critics of her nebulous politics by making a strong showing on the witness stand of her recent sexual assault trial.

Your 3 takeaways
Destruction is easy. Re-creation is the tricky part. Most brands are afraid to change: What if we alienate our core consumers?

In Taylor's case, this translates to: Will her fans stick with her? I'm positive they will. As I'm sure your customers will, provided you consider the points below.

Brands are like sharks: Move or die?
Relevant brands evolve—at risk of being incredibly self-evident, it's how they stay relevant. Taylor Swift's audience is aging. Her industry is changing. So is the world. Rather than fight changes, successful brands plan for tomorrow to be significantly different than today.

How you do it: Look for macro-trends, especially from outside your industry. Where Apple goeth, we tend to follow. Constantly revisit your personas: are you growing with your audience? If not, are you still relevant to your target market? And lastly, be willing to make yourself a little uncomfortable. "A little" being key. This is an evolution, not a revolution.

Don’t let yesterday paralyze tomorrow
The news cycle is short…and so is the public’s attention. Ms. Swift rocked the streaming industry when she yanked her catalog from Spotify in November of 2014. At the time, she justified the move by castigating the service for failing to pay artists fairly. And yet… in 2017, she allowed her back catalog to be republished by the very same service. Did anyone give her any flack for this about face? Not that I’ve seen. So take a lesson from Taylor and don’t allow a temporary decision to affect your long-term strategy.

How you do it: Evaluate the perceived "off-brand" idea. Determine whether it’s off-brand because it’s truly incompatible or merely because it’s new. Too often we are trapped by the "but we’ve always done it this way" mentality.  Determine whether your audience is truly vested in what you may be afraid to change. Who would be upset if you took a chance? How upset would they be?

Embrace mystery?
Ultimately, everything is about storytelling, whether it's a children's book or a presidential press conference. The best stories have an element of surprise—after all, why else would we continue to tune in or turn the page? Taylor Swift hides meaning everywhere and allows her fans and the media to posit the rationale behind it. It involves us in her story. Your brand has a story, too. Invite your customers to participate.

How you do it: Don’t underestimate your audience. Despite the statistics that indicate ever-shrinking attention spans, true fans relish the ability to solve. They enjoy the feeling of exclusivity and being in the know. Invite them to participate by making your campaigns as interactive as possible. And lastly, show don’t tell—leave some room for interpretation and conversation.

Another famous Taylor—Elizabeth—once remarked "The public puts you up on that pedestal. And then they wait like vultures to tear you down." In Taylor Swift's case, she put herself on the pedestal, and then tore herself down. It'll be interesting to watch her brand climb it once more.

Katie Fetting is VP and creative director for TeamWorks Media, a Chicago-based outfit of digital brand storytellers. You can reach her at katie@teamworksmedia.com or follow her on Twitter @KatieLFetting. 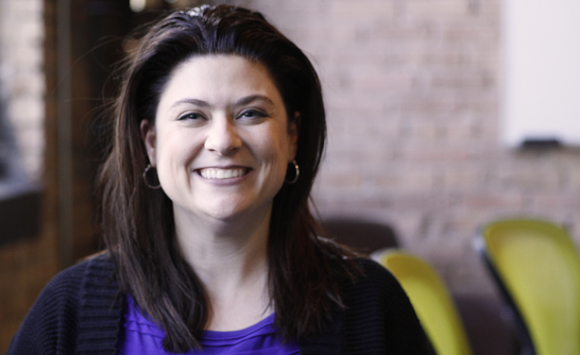