The supermarket launched the central campaign film on YouTube in the early hours of this morning and will air the 60-second clip during Emmerdale on ITV this evening (7 October).

It follows the story of last year's protagonist Kevin the Carrot who, in this outing, is awoken by the rumbling of a passing train. Catching up with the train, Kevin embarks upon a perilous quest across a dining car table laden with Aldi products in a bid to reach Katie the Carrot.

Dodging a tumbling pile of food, Kevin eventually throws himself in front of a flying pea that might otherwise have hit his new love interest.

The film is narrated by Harry Potter actor Jim Broadbent and set to the theme music from '90s fantasy film Edward Scissorhands. It ends with Kevin and Katie flying off into the night aboard the train in search of Santa.

The #KevinAndKatie adventure is the first of 14 product-orientated films Aldi will release throughout the Christmas period.

Aldi UK marketing director Adam Zavalis said the budget supermarket decided to bring back Kevin after "an overwhelmingly positive response" from customers. The campaign was also heralded at the PRWeek UK Awards this year.

Zavalis said: "This time around we're exploring more of Kevin's character and introducing the love of his life, Katie. Together they'll explore our most incredible festive range ever, ensuring everyone can get everything they need for Christmas at unbeatably low prices."

The campaign films, created by advertising agency McCann, are designed to be "as much about storytelling as they are about selling products", Zavalis said.

He also said the supermarket would seed content and make better use of social media this year to celebrate "the escapism and magic of Christmas" and complement the original campaign film. This includes having Kevin and Katie answering messages on Twitter - a stunt the supermarket rolled out last year.

Aldi is also selling soft toy versions of Kevin and Katie in its stores for £2.99 from 23 November in support of its long-term charitable partner, Teenage Cancer Trust.

The supermarket is also publishing a book that follows the story of Kevin and Katie, with proceeds raised also going to the charity. Zavalis said Aldi hopes to raise over £5m for the Teenage Cancer Trust over the next five years.

Kevin's love story was teased last weekend with a fake profile on dating app Happn, in which the "24-year-old adventurous carrot top" said he was looking for "someone special to share his amazing life with...NO RABBITS". 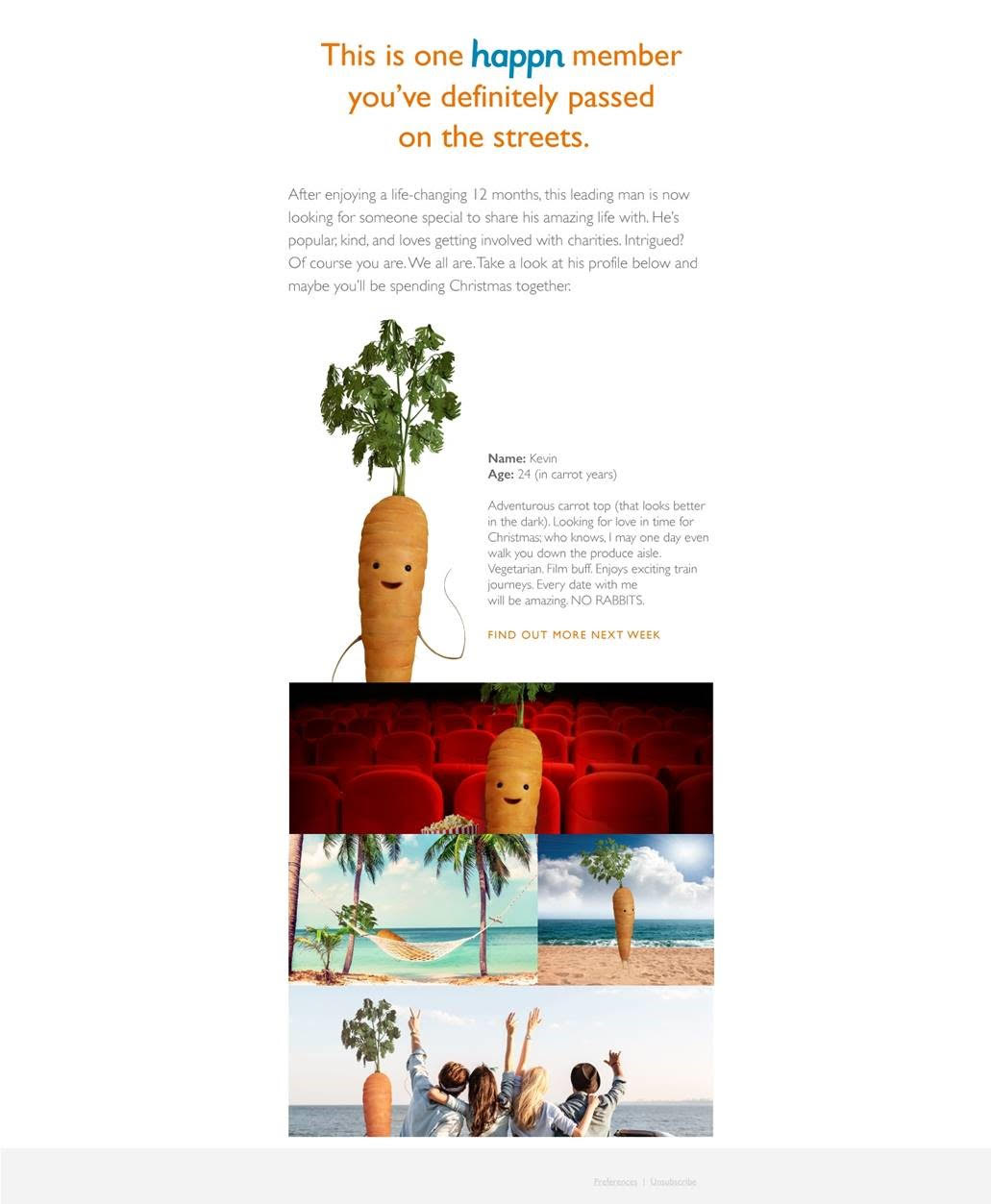