An absorbing contest featuring PRWeek's five favourite campaigns in September was convincingly won by Cohn & Wolfe's campaign for Hotels.com, which involved the creation of the world's first 'Inflatable Sanctuary', alongside a survey that revealed how many of these beach and pool toys get left behind after family holidays.

In second place, with more than 130 votes, was the Premier League's Writing Stars scheme, which offers free curriculum-linked teaching resources for children. Frank Lampard and Yannick Bolasie were enlisted for a poetry competition as part of the campaign. 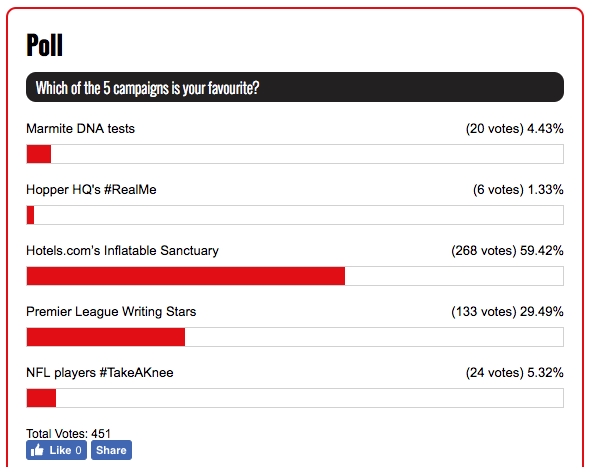 What happens to holiday inflatables left behind after the summer season? That was focus of a creative and original campaign by accommodation booking site Hotels.com, which created the world’s first 'Inflatable Sanctuary' at the Hipotels Gran Playa de Palma. Hotels.com guests who book into the Spanish hotel over the next three months can adopt one of the discarded flotation devices for free. 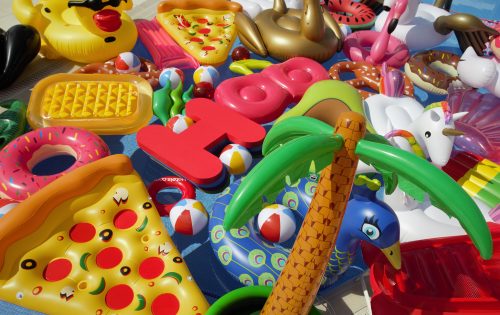 In case you missed it – Five Campaigns We Liked in August: your winner revealed