From demographic information to online statistics, access to analytical data is more abundant than ever before. No wonder every business calls itself "data-driven" these days. But do you know what the data you’re collecting really indicates? Are you devoting enough of the campaign budget to measurement? And are you demonstrating outcomes that are important to and worth sharing with top executives?

At this BurrellesLuce-hosted event in New York City, a quartet of leaders took to the stage for individual presentations in which they tackled these questions and gave the live audience unique perspectives and much new food for thought on data, metrics, and measurement.

Encouragingly, they all say the PR function can do more than just keep pace with a data-driven corporate culture. It can be at the forefront of getting measurement right – understanding that as much as data can mislead, misdirect, and ultimately misinform, it can also be used to enlighten, empower, and help companies learn from mistakes.

As each of the four presentations underscored, when you get measurement right – and can prove it – you position PR as a key facilitator to achieving so many positive business outcomes throughout your organization, all the way up to the C-suite. 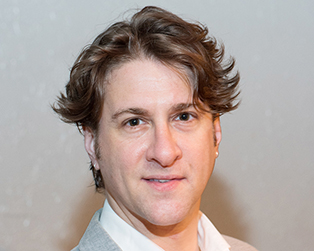 At the core of Bloomberg’s business is its Terminal product for financial pros, providing 320,000-plus subscribers with news headlines and tools for analyzing market data. "To say we are a data company is quite the understatement," says McCarty. "It’s just about all we do."

Data is as important to Bloomberg’s customers as it is to internal leaders. McCarty distinguishes measurement data into two buckets: improvement metrics and impact metrics. The former shows how you’re getting better at something you already do. The latter is tied to the company’s overarching goals.

In PR, improvement metrics include media impressions, likes, and open rates. And PR heads sometimes run rather excitedly to their CEO with them.

"Don’t," advises McCarty, noting that these don’t speak to "business" results. "We’re not in the communications business, nor the storytelling or awareness business. We’re in the driving-behaviors business."

When McCarty and his team started making adjustments to Bloomberg’s weekly employee e-newsletter, adding more visual elements, changing subject lines, incorporating pull quotes, and varying content based on region, open rates boosted dramatically. "In an 18-month period, we went from under 50% to sometimes an 80% open rate," he notes.

That is a great number and his team should be proud of it. Still, it’s an improvement metric. The impact metric came from seeing the sales team share sales tips in the newsletter, which led to new regions adopting them and benefitting from time efficiencies.

"We were able to tell the head of sales, ‘Look, those sales tips – we’re getting notes from people in Canada saying, ‘Those tips from South America are saving us 25 minutes a week.’ That’s time they can now spend in front of customers.’"

Another performance metric example? Bloomberg’s IT department was fielding 200 calls a week from employees who misplaced the fingerprint device to log into their computers. After offering communications support on its proper use, McCarty’s department dropped the number of calls to less than 25 weekly. "I was able to tell the head of IT, ‘We’re saving you time; we’re making the company more secure,’" notes McCarty. 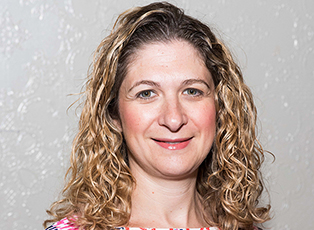 Moving from traditional monitoring of social and earned media to "purposeful listening," Mastercard’s Conversation Suite has proven a real boon to the company. As Cohen explains, her staff can access this Web-based global insights and engagement engine so that they can "listen, understand, and respond with relevance."

And the suite doesn’t solely live only on people’s desktops either, notes Cohen. Its dashboard also displays on a massive screen in the atrium, with data updating in real-time for all to see, whether a PR team member, senior executive, or potential hire.

"We want to be a lot more open and transparent about what was being said about our company and our competitors," says Cohen. "If one of our competitors is trending in a positive way, we’re very comfortable to say, ‘Great, let’s look at why.’"

Of course, if your data isn’t solid, others may find holes in your conclusions. "It only takes one visible mistake for executives within your organization to question the data’s validity," warns Cohen. "We’re on the frontline of making sure the data is clean and that the measurement reflects accurate data."

She also suggests organizations adopt a global standard for measurement so that regions can better compare notes. "We’re working on a common set of KPIs," Cohen reports. "Who are we trying to reach? Did our spokesperson get the message across? What was the sentiment?"

In coming up with that global standard, she stresses the need to separate monitoring and measurement. "We got a little caught up doing all that with one tool," Cohen admits. "We made some mistakes with not being able to capture all the earned media. Measurement should reflect the highest level of impact, so we think it should be separated [from monitoring]."

In addition, she praises the benefits of doing a reputational survey. "It’s a great way to get consumer perception of your brand," says Cohen, "and then see how that aligns with the measurement you’ve been doing daily, weekly, monthly, and annually." 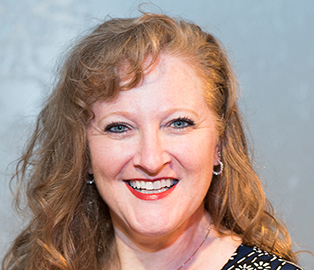 To illustrate how a piece of data can be misinterpreted, Burke recounts an inquiry she once made to traffic control in Washington, D.C. about a crosswalk near the Press Club that gives pedestrians 58 seconds to get across five lanes. "I wanted to understand what they base crosswalk time on," she recalls. "The government individual told me very candidly, ‘It has nothing to do with pedestrians. It’s all about traffic control.’"

So a key data point that would appear to be directly related to pedestrians actually had nothing to do with how long it took them to get across. It was all about the vehicles and traffic flow.

This is also how PR pros sometimes make assumptions about data, says Burke. They fail to look at the data from other vantage points and consider what other factors could be shaping it. As a result, they can mistake the correlation between data and outcome.

"Keep in mind the view you have in that moment of that piece of data," she counsels. "Remember that other things are going on underneath. Unless you’re approaching data with that kind of holistic perspective, you’re probably not doing due diligence and justice to your brands."

That is why, she notes, conversions matter more than clicks; engagement more than impressions; influence more than reach. The former in all those cases can be correlated to business goals. "If you have this seemingly great data but no correlation," Burke explains, "you have no attribution to what that really means for the organization."

Burke says the same diligence must be applied to data from underperforming programs. What does the data say people didn’t do? Was it because the wrong target was reached? Or was the messaging off? Figuring this out is equally important if you’re to learn from mistakes and if you want to increase PR’s value within the organization.

"CEOs are not there because they only had success," asserts Burke. "They realize a lot of value can come from understanding failure. If you have something that doesn’t work and you can dissect and understand why it didn’t, that’s where you show huge value." 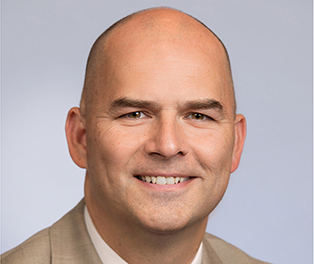 However, that outlay must be spent wisely. Showing an executive a book of media clips isn’t the answer. "They may see the first clip is from The Wall Street Journal and be impressed for about 30 seconds," he says. That doesn’t mean media clips aren’t relevant; it’s what you do with those clips that counts.

"We’re measuring that book of clips and their impact on the consumer personally – do they believe what they’ve read? Do they believe this a truthful organization? Would they recommend their products after seeing a story or video?"

Now the media clips have relevance to reputational markers, such as willingness to buy and recommend. Citing Reputation Institute statistics, Kerins says consumer willingness to buy from a company rises from 49% to 84% when it goes from a strong to an excellent reputation. He can also point to Bayer’s own 2016 research, which found that 66% of consumers would recommend one of its products, up from 51% in 2015 following years of new investment in PR.

"That is when the brand manager starts to realize, ‘I’m spending this much money on advertising and this much on communications and government relations?’" he notes. "‘What if I upped it to, maybe, 10%?’" And 10% to us is a big deal."

Kerins also highlights how senior executives view building reputation as key to crisis management. He divides crisis management into three categories: problems, and PR pros juggle about a dozen of those at any given time; issues, which usually start as a problem, but have escalated as a result of mismanagement; and crises. "True crises are few and far between, but those are the ones that can crush an organization," he points out.

But by building reputation, Kerins says you’re also "building the benefit of the doubt," currency that is invaluable when crisis hits – and a currency PR is uniquely equipped to earn.