The Mirror's Kevin Maguire this week wrote: "Microsoft and Google paying to gatecrash Labour’s shindig confirms a lobbyist friend’s insistence that all his firm's clients - big blue-chip corporations desperate for access to power - are clamouring to meet Corbyn and Shadow Chancellor John McDonnell."

That line should be taken with a pinch of salt - although there is evidence of a renewed business interest in Labour - plenty of companies exhibit at party conferences as a matter of course, although McDonald's was apparently barred from exhibiting last year, and didn't have a presence this year.

Microsoft had a simple stand in the Brighton Centre at which they and Fracture Reality, a local AR start-up and official Microsoft partner, were able to show off their wares. At the other end of the conference zone, Google's was rather more exciting, including virtual reality experiences that don't in any way lend themselves to jokes, of course.

Had MPs visited the stand, Flack asked? "Yes." Which ones? "I don’t want this to become a narrative about what Google is doing at conference," replied a Google staffer. Perish the thought.

Google's big "Virtual Reality" (VR) experience at Labour Conf. If you put on the VR goggles it looks like they are actually paying taxes pic.twitter.com/UIGt1QkCPW

Several big signings joined iNHouse Communications on Sunday, in the shape of London Mayor Sadiq Khan and his Manchester and Liverpool counterparts Andy Burnham and Steve Rotherham, as well as MP Stephen Kinnock. They, and others, lined up for the Parliamentary Football Club match against a team of journalists, with the club's new sponsor iNHouse having its logo emblazoned on their chests.

The parliamentary team lost 6-0 to the journalists, with iNHouse associate director Simon Petar making a guest appearance on the losing side. "I did come on for the last ten minutes; hurt my ankle, kicked a journalist (accidentally) and hit a post, so an eventful ten minutes for me," reports Petar.

Flack congratulates Khan for managing to put aside the fact that iNHouse used to work for Boris Johnson. Another match, featuring a more Conservative line-up, will be held on Sunday at Manchester City's training ground ahead of the Tory conference. 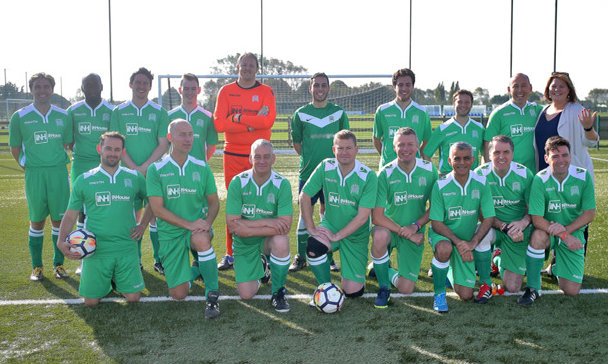 Labour deputy leader Tom Watson only spoke at one fringe event at the Labour Party Conference, an IPPR discussion on reducing harm in the gambling industry, an issue he clearly intends to follow closely in his brief as shadow culture secretary.

He began with a well-rehearsed wisecrack. "We are all in this room because we all know that gambling is never risk-free. Even those bets you think are dead certs can end up costing you a lot - just ask Theresa May," he said, eliciting a big laugh from the room.

The joke came out again in his big speech to the party the next day, although it got a less approving response, and he followed it with: "Now that was a gag by the way - but it’s a serious point."

Watson also mentioned at the IPPR fringe that he too had "lost quite a lot on the general election" - although a Corbynite attendee was left disgruntled at never having the chance to ask exactly what bet it was the he placed on the poll.

A pier-less argument from BACTA

John White, CEO of BACTA, the trade body for seaside amusement arcades, adult gaming centres and their suppliers, also spoke at the IIPR event. He was keen to distance his membership from the rest of betting industry, saying that BACTA members are in the "business of fun" and part of a proud, storied British tradition.

One part of his argument for the important role his members play in supporting the country’s towns and cities involved looking out across Brighton’s beaches. "Walk out the front door and see why our sector plays a role in communities up and down the country, you can see the west pier and you can see the palace pier - compare and contrast," he urged attendees. "Which one didn’t have amusements on it?"

It’s an audacious argument, Flack will give that to White. As it happens, the website of the West Pier (below), which burnt down in 2003, cites arson, rather than ‘lack of Penny Falls’ as the cause of its downfall.

Cicero director Tom Frackowiak chaired an event yesterday with shadow City minister Jonathan Reynolds, organised by the magazine Progress and the group Labour in the City.

The group's new chair, taking over from founder Kitty Ussher, is Sophia Morrell, a comms pro formerly of Headland, Greentarget and, latterly, Lansons.

Morrell introduced Frackowiak as the event's chair, saying: "There was some discussion about whether I might do this [chair the event], but in the interests of full disclosure, I actually work for Jonathan." Morrell has been an adviser to Reynolds since October last year.

Flack briefly caught up with Luke Pollard, the public affairs man who won the Plymouth, Sutton and Devonport seat in parliament for Labour in June. He described himself as "really enjoying" the new career path, saying he was "still irritatingly enthusiastic".

PRWeek readers may recall that his victory in June came amid concerns that hundreds of locals had not been able to vote - happily for Pollard (below), the investigation into the council's failings have concluded that the number of lost votes is not enough to leave him needing to prepare for a re-run. 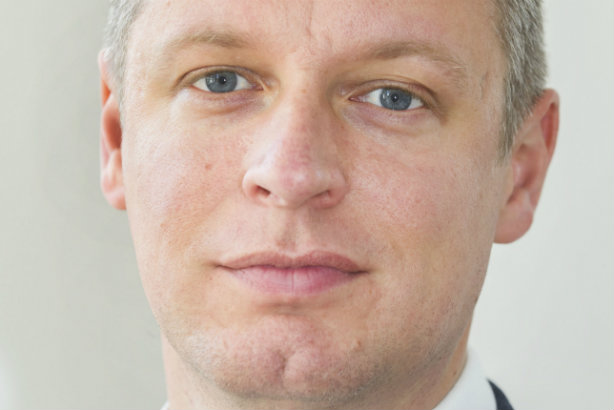 Heard about the Uber protest?

A protest against Uber by taxi drivers in Brighton saw cabs crawl past the Brighton Centre honking their horns on Monday. It got media attention, but didn't quite disrupt as planned - with the venue being a particularly thick lump of Brutalist, those inside at the time reportedly didn't hear a thing.