The inquiry into the Grenfell Tower disaster, which is thought to have claimed up to 80 lives, began on Thursday and is led by retired judge Sir Martin Moore-Bick.

He opened proceedings by calling the fire a "tragedy unprecedented in modern times" and said he would not shrink from making findings which could eventually lead to criminal charges, or from compelling witnesses to give evidence to the inquiry.

Will the inquiry uncover the truth?

A survey by Atomik Research of 2,000 adults from across the UK and representing all age-demographics found that 55 per cent of respondents either agree or strongly agree that the inquiry will uncover the truth about why the fire happened, rising to 67 per cent of those living in London.

Nearly a fifth of all respondents said they disagreed or strongly disagreed that the inquiry would uncover the truth, while 26 per cent were neutral.

People aged 25-34 were most likely to trust the ability of the inquiry to find the truth while those aged 45-54 were least likely to say the same. 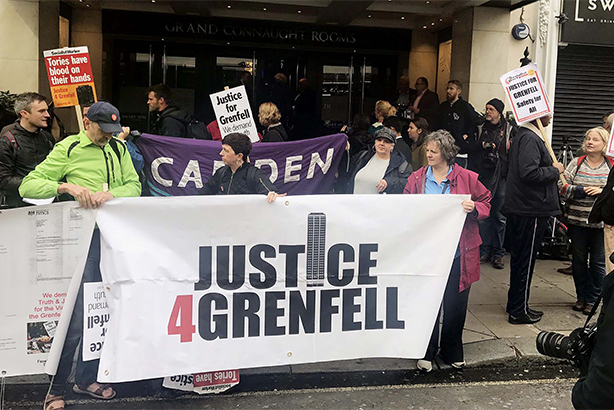 Will the inquiry lead to punishment for those responsible?

Respondents were also asked whether they thought the inquiry would lead to those responsible for the tragedy being punished, with nearly a third of all those questioned saying that it would not, while 25 per cent either agreed or strongly agreed that it would.

But, once again, confidence in the inquiry was highest in London, with 57 per cent of respondents in the capital either agreeing or strongly agreeing that those responsible would be punished, and lowest in Northern Ireland, where just 20 per cent of people said the same.

Respondents were canvassed on whether they supported the statement that the inquiry would lead to lasting change in local or national government housing policies, with 56 per cent of all those questioned saying they thought it would, while 18 per cent disagreed.

People living in London and Northern Ireland were most likely to agree that change on housing policy was a likely outcome, while those living in Yorkshire or the South West were least likely to say the same.

Women were slightly more sceptical about long-term change stemming from the inquiry than men.

There have been numerous calls for local authorities and housing developers to improve or update fire safety standards, in the wake of Grenfell.

Asked if they thought this a likely outcome, more than 70 per cent of respondents said they thought improvements to fire regulations at local councils, as well as among developers, would happen in the wake of the inquiry.

The legacy of the Grenfell tragedy?

Finally, respondents were asked if they agreed that the legacy of the inquiry was that a tragedy on the scale of Grenfell would never happen again, with 46 per cent agreeing with the statement, while 20 per cent disagreed.

Londoners were nearly twice as likely to agree with the statement as those living in East Anglia, while those over the age of 55 were the most sceptical about this claim.

How to retain trust during the inquiry

Commenting on the findings, Alice Goody, project manager at Atomik Research, said: "The research suggests that while there is a degree of public faith in the Grenfell inquiry, there is still some way to go in convincing the public that the truth will be uncovered and that those responsible will be punished. Perhaps surprisingly, those living in London hold the most confidence in the inquiry compared to the rest of the UK."

She added: "For public sector communicators, delivering a message of transparency and honesty has never been more important in order to rebuild and retain public trust. Following a tragedy of this scale, the public need to see that action is being taken – not only to protect those vulnerable in the future, but also to ensure that those responsible are held accountable."