A close contest featuring PRWeek's five favourite campaigns in August was narrowly edged by a campaign from family history company Ancestry, with help from agency Third City. The DNA test results of a typical British village proved a topical and popular story, achieving coverage across several national, local and online publications, as well as on BBC breakfast. 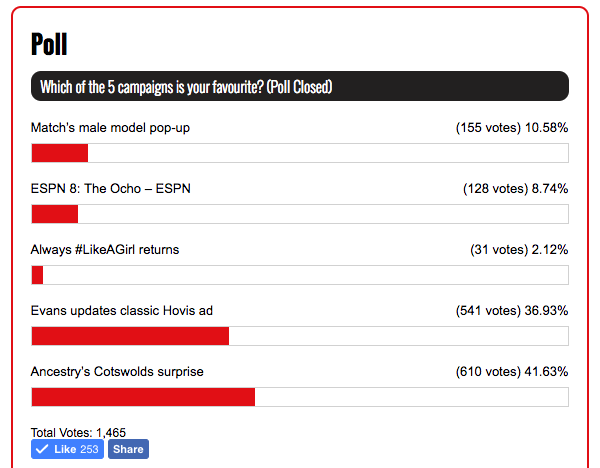 The family history company Ancestry and its agency Third City achieved coverage across several national, local and online publications, and BBC Breakfast, after they ran an experiment in the Cotswolds.

Ancestry tested the genetic heritage of residents of the quintessentially English village of Bledington in Gloucestershire and found, in the words of the Mail Online, "a hotbed of diversity". Residents were shown to have DNA from 18 different parts of the world, with the average villager being just 42 per cent British in genetic terms. The Mail story alone - complete with a campaign film – garnered 1,600 shares and 1,900 comments.