Bill McIntosh has today joined financial services specialist Peregrine as a director. He was previously a writer at alternatives investment specialist Man FRM and before that editor-in-chief of the financial institutions group at McKinsey & Co. Prior to this he was editor of The Hedge Fund Journal and London editor of Reuters HedgeWorld. Founded by Anthony Payne, Peregrine has offices in London and New York.

Former journalist Helen Wright has joined reinsurnace specialist Lysander PR as a consultant. Previously of Ceris Burns International, she becomes the second employee of Lysander, set up 10 years ago by Roddy Langley. Clients include insurance software firm Ebix Europe, The American Club and the Caribbean Catastrophe Risk Insurance Facility. (Below: Wright and Langley) 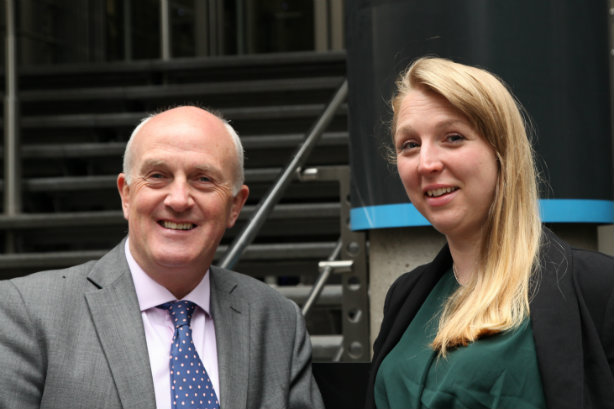 Mercedes-Benz Vans UK has appointed Markettiers Manchester to handle its broadcast comms on a retained basis. There was no incumbent. Markettiers previously worked with the van maker on a project for Mental Health Awareness Week in May, and was since awarded the retainer. The broadcast consultancy's Mancunian business has also recently won a contract with United Utilities.

Richmond & Towers has been appointed by Pernod Ricard's House of Tequila to handle UK and European trade and consumer press. The agency, which was set up in 1930 and so claims to be the UK's longest established PR shop, rebranded in June from its previous name Richmond Towers Communications.

James Calder will join the Society of Independent Brewers in the new role of head of public affairs and comms this month. He joins from another in-house role at the Institute of Chartered Accountants in England and Wales, prior to which he held consultancy roles in Cavendish Communications and Citigate Dewe Rogerson, working for financial services, transport and third sector clients.

The Romans get McGettigan

Frank's Lucy McGettigan has joined 2015 start-up agency The Romans as an associate director. She is tasked with growing the agency's global and multi-market consumer client portfolio, reporting to co-founder Misha Dhanak. She had been with Frank for five years. The Romans, whose clients include Twitter, PlayStation and Diageo, has also recently added to its creative team.