Crystal Palace and Ivory Coast footballer Wilfried Zaha has hired the agency SoapBox London to look after all his media, PR and social strategy. Zaha joins a client roster that also includeschampion boxer Anthony Joshua, Britain’s most decorated Olympian Sir Bradley Wiggins, Sky Sports anchor Kirsty Gallacher and the golfers and cricketers represented by sports management agency ISM. SoapBox was set up in September 2015 by Andy Bell (pictured below left with Zaha in centre) and Rowan Wilkinson (below right). 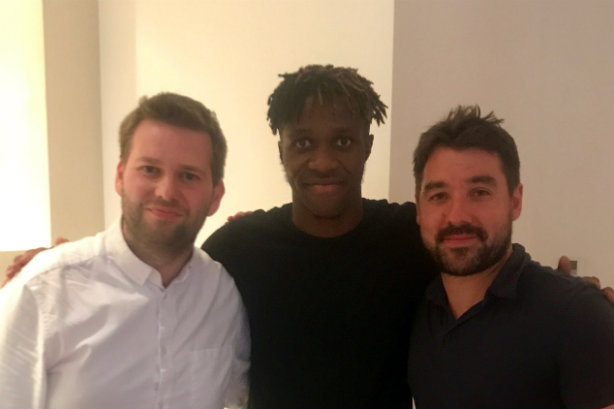 Fromental has appointed Alpha Kilo to cover its global PR brief. Alpha Kilo is also consulting on Fromental's full rebrand and repositioning ahead of expansion plans. Other clients of the integrated agency include Airbnb and tailors Huntsman.

Axon Communications has made three additions to its PR team: Christopher Goddard joined in May from fellow fast-growing health specialist 90Ten as programme manager and Lisa Seukeran arrived in June in the same role from Four Health Communications. Aggie Popowicz has joined as programme executive. In the agency's medical communications team, Priya Talluri has joined as a medical writer. Click to read PRWeek's recent profile on Canadian-owned Axon.

PHA Media has been appointed by VenueScanner, a digital marketplace offering a range of venues to event organisers, to oversee its UK PR and comms. VenueScanner was set up in 2015.