The Department for Business, Energy & Industrial Strategy this morning published proposals for reforms designed to "enhance the public's trust in business".

These include laws forcing all listed companies to reveal the pay ratio between bosses and workers; a new public register of firms with "significant shareholder opposition to executive pay packages"; and measures "to ensure employee voice is heard in the boardroom".

However, direct employee representation on boards will not be mandatory - Prime Minister Theresa May had previously indicated a reluctance to include such measures, despite having suggested them in the past. 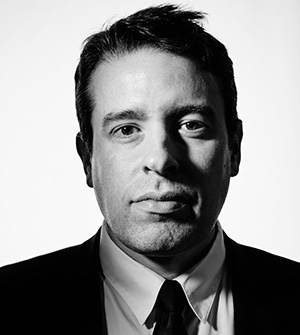 Nick Barron (right), MD of corporate reputation at Edelman, said: "If improving trust in business is one of the main objectives, as the announcement claims, then the decision to drop the proposal about mandatory worker representation on boards was a mistake.

He went on to say that worker representation "would have helped to demonstrate that companies are not governed by detached elites, but are run by regular people wrestling with tough challenges", and suggested that trust "is a competitive advantage for individual companies - so businesses should be thinking about how they can go further than this modest set of reforms".

However, he also said that the reforms should have some success. "Trust in business as an institution is largely a function of how well the private sector delivers growth in jobs and living standards. To the extent that these reforms deliver long-term improvements in UK business performance, they will help improve trust," he argued.

'A boon for clever accountants'

However, Nick Bishop (right), head of corporate comms at Golin, was less convinced.

He said: "More transparency on executive pay is welcome, but what the Government is asking companies to reveal will do little to address the problem of excessive remuneration. The only winners are likely to be clever accountants who are tasked with finding sophisticated ways of keeping their clients out of the lists of shame."

Stephen Day, who was last month promoted to the role of UK CEO at Burson-Marsteller, said the announcement was "more than just a nod to the result of last year's election and what is perceived as a strong theme of public sentiment against corporate greed"; and suggested it was in keeping with May's style and politics.

"It is a reflection of the PM's core view of conservatism and also her character. She has never been afraid to challenge her own party or its own natural supporters - in this case, big business. For evidence of that you need only look to her record as home secretary, or her famous 'nasty party' speech in opposition," Day said.