Trainee PRs at the Taylor Bennett Foundation are hosting a pub quiz on 12 September as part of a bid to raise £50,000 to mark the 10th anniversary of the group, which promotes diversity in comms. This week the eager PR young‘uns found a novel way to drum up interest, visiting 15 agencies to deliver 75 samosas with a printed invitation to the CEO of each.

According to the group, all 15 agencies indicated plans to send a team or two, with wider interest generated from the social media campaign, which focused on #DiversityConnects and #TBFlunchdrive.

See the gallery above for some picture highlights of the "samosa lunch drive". (Agencies can sign up to the quiz by clicking here).

PR man and tax fraud convict Richard Hillgrove is a man on a mission.

Or, as the first line of a press release he sent out this week would have it: "PR Guru Richard J Hillgrove VI, who appeared Monday night (14th Aug 2017) on Channel 4’s Catching The Tax Dodgers, has pledged to 'punish' his former accountants for creating a financial shambles and shattering his life."

Hillgrove, who separated and then divorced his wife the year after the 2014 fraud conviction, has taken on a lawyer and says he is "reviewing his legal position", the release says.

While his release is scathing in its criticism of his former accountant and both HMRC and its employees, it avoids calling them "evil" - a word he used more liberally in 2014 (see poster below), with the result that he nearly netted himself another date in the dock on contempt of court charges. The Attorney General's office said that while there was "likely to be sufficient evidence... the public interest does not favour doing so [prosecuting]". 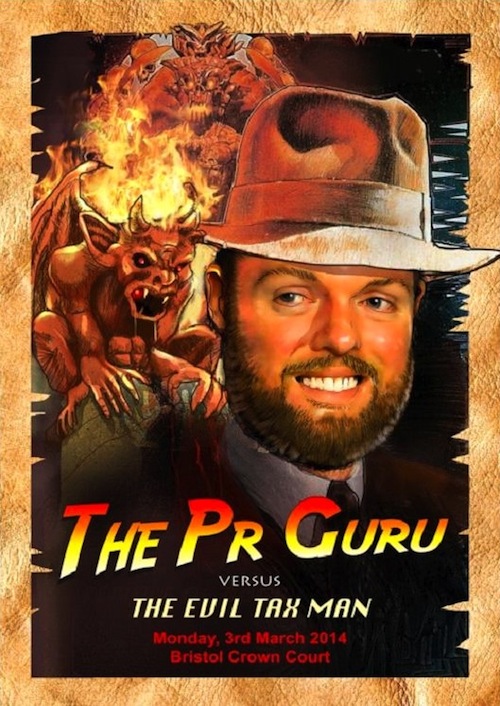 Clowns to the left of me, jokers to the right

Home Secretary Amber Rudd is facing assaults on two fronts, it emerged this week, with two groups on opposite ends of the political spectrum looking to unseat her.

On Monday, Leave.EU, the group led by major UKIP donor Arron Banks, sent out a release on how to get Rudd (among others) de-selected. The day after came a missive about Labour splinter group Momentum's #Unseat campaign, fronted by Owen Jones.

Flack wonders whether Lord Charles, as founder Charles Lewington (pictured below) was nicknamed while an aide to former Tory leader John Major, had had an inkling last that the party might find itself with an election to fund come. (Click here to read PRWeek's profile of Hanover). 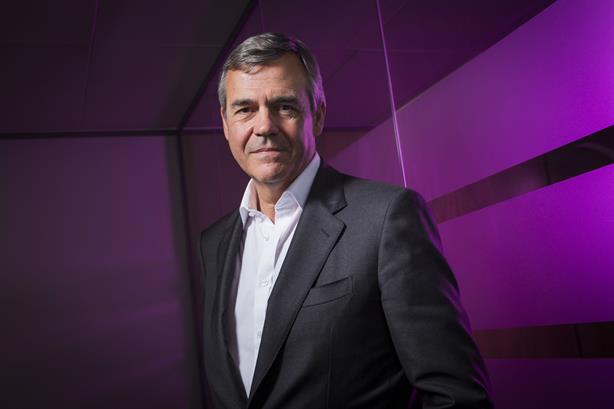 Comms challenge out of Africa

With a certain amount of irony, South Africa’s Democratic Alliance party, which today will make its case at the PRCA’s hearing into Bell Pottinger’s controversial work in the country, is after some PR help of its own. The group is advertising for a new comms director, according to party spokesperson Phumzile Van Damme, writing on Twitter.

The DA is hiring!

Flack wonders if any CVs will arrive from a certain London agency.

Mayweather vs McGregor: will PR agencies be ringside?

Whether you’re a boxing fan or not, most will be aware that Floyd Mayweather is fighting Conor McGregor in Las Vegas on 26 August, in what has been touted as a "billion-dollar" bout.

Mayweather – the undefeated former professional boxer – is the bookies’ favourite, while McGregor – the cocky UFC fighter – is the people’s champ (sorry, The Rock).

Read next: Meet the woman who does Floyd Mayweather's PR

While many have blasted the fight as nothing more than a circus, fans and brands have been queuing up to get a piece of the action. McGregor himself was revealed last week as the new ambassador for BetSafe, and will wear the gambling site’s logo on his shorts during the fight.

No doubt this tie-up was the clever work of a – as yet nameless - PR agency. Surely multiple agencies from around the world will be working on deals for the fight, and with the fighters themselves?

If Flack were a betting man, he’d wager the chap below (and his agency) is one of those involved:

Agencies embark on epic journeys to raise money for charity

Consumer PR agency Shine is embarking on its annual sponsored walk to raise money for Care4Calias, which provides direct aid to refugees living in the worst conditions across northern France.

Team Shine, which has so far raised over its target of £8,000 for the charity, will be undertaking the 15-mile Lewes via West Firle circular walk today (18 August). Those wanting to donate can do so here.

Meanwhile, Cicero Group staffers recently honoured former colleague Nicola York, who passed away from bowel cancer a year ago, by static cycling the distance between London and Brussels and back (792km) to raise money for the Beating Bowel Cancer charity.

Agency executive chairman Iain Anderson said: "Over the past year we have always tried to keep Nicola in our hearts and minds. I am immensely proud of the way that Cicero employees old and new have banded together to offer a helping hand, a shoulder to cry on, and a sympathetic ear across the business. With one year having passed, I am determined we will do Nicola proud."

Those wanting to donate to the Beating Bowel Cancer charity can do so via Cicero’s JustGiving page.

Incredible gestures from both agencies.