The shop, which was created by Match's PR agency Brands2Life, is stocked with 3D-printed versions of seven single males who have memberships with the site.

The figurines feature the name, age, occupation, and best qualities of their real-life counterparts, and include contact information on the packaging.

Brands2Life creative director, consumer, Ollie Edwards said: "There's so much competition in the UK dating market so Match needs to show that it attracts a higher quality of singles than its rivals. What better way to do this than (quite literally) putting some of its most eligible gents in the shop window?"

Brands2Life said the campaign was created in response to the alleged rise of questionable dating practices such as "ghosting" (vanishing without a trace) and "breadcrumbing" (the act of leading someone on).

Match PR manager Neha Lakhani-Dhir said: "The idea behind Model Males is to showcase the brilliant and reliable men that wouldn't even think of 'ghosting' a date. There are still plenty of gents out there and this is a way of giving women the power and opportunity to find their very own model male to take home."

The pop-up is located at 34 Thayer Street in Marylebone, and is open to the public from today until Friday 4 August between 11.30am and 3pm. Brands2Life said it might roll out the campaign to other cities across the UK later in the year. 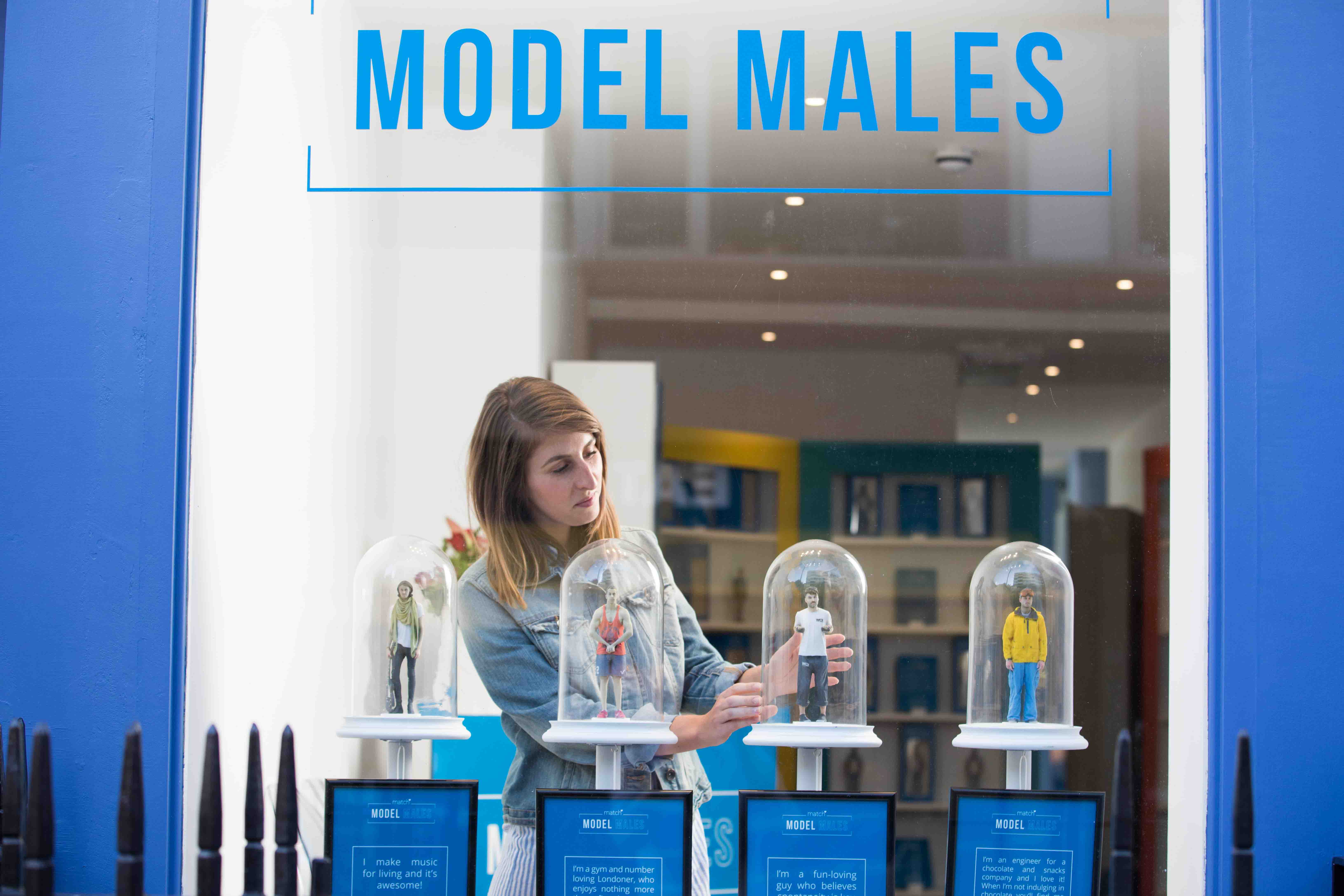