A journalist I respect recently told me that the business press will always focus on performance – earnings and equity – when evaluating the effectiveness of a public company CEO. Then, she added, "Cold as that might be."

Cold, yes, and fair to a point. However, earnings and share price are not a full measure of the value of a CEO to the enterprise he or she has led. Not all forms of leadership fit neatly in a chart.

The journalist and I were talking about outgoing GE CEO Jeff Immelt, who I worked with for 13 years as GE’s chief communications officer.

The financial press has been tough on Jeff since the announcement of his departure because of GE’s tepid stock performance during his 16 years as CEO. (GE earnings grew during his tenure). I’ll leave debates on GE’s performance to others, although having seen it up close, I know that transforming GE into a global technology company was more difficult than it appeared from afar.

I am certain, however, that he was a strong leader in many ways, including on values, brand, and reputation. Jeff changed the way communications was practiced at GE and by other CEOs. For that reason, it is important to recognize that as Jeff departs GE this week, an important business voice is leaving the stage.

For example, a few years ago, we were talking with leaders from GE’s industrial businesses about wages paid to entry-level manufacturing employees. The question was whether the pay was enough for a family to live on. Some pointed out that our wages were equivalent to those of competitors and that paying more would punch a hole in their financial plans for the year.

Jeff leaned forward and said, "I understand, but I own the brand and that is more important here." It was an extraordinary moment, at least for me, to hear Jeff put the company’s values, its social contract, and its reputation ahead of results. The workers got raises.

There were dozens of other conversations like that in my time at GE. He made tough decisions on jobs, benefits, and the business portfolio, but they were always grounded in the company’s values and what was right for GE over the long-term.

Jeff was among the first CEOs to step forward to help people reeling from tragedy in Lower Manhattan, New Orleans, or Newtown, Connecticut. When it came to free and fair trade, LGBTQ rights, climate change, taxes, U.S. manufacturing, free speech, and other topics, Jeff was not afraid to enter the debate and to fight for what was right.

Similarly, Jeff wanted his communicators to fight for the company’s reputation, to leave it all on the field every day. He was realistic about the media environment and encouraged us to build our own storytelling platforms. "I want you to tell our story, our way," he said repeatedly. This allowed us to create GE Reports, a story platform that Jeff used during the financial crisis to explain in his own words why he was not accepting his bonus for 2008.

Jeff's predecessor, Jack Welch, was a master communicator but in a different economic, media, and social environment. As a result, GE communications were more monolithic and conservative. Jeff knew that had to change with the social media revolution and rising expectations for transparency. He urged senior executives to work with the communications team to become GE reputation and brand leaders.

The moment that best crystalized how he viewed his responsibilities was when he agreed to serve as chairman of President Barack Obama’s council on job creation. Jeff correctly predicted that it would be difficult for GE’s and his reputation in a politically fractured country.

Still, he put country ahead of personal interest and politics, and the "Jobs Council" he led developed several action-oriented reports that improved – in targeted but important ways -- business regulation, skills training, and education.

I am biased about Jeff, as you can tell, and my opinion should be taken in that context. At the same time, I am certain that business would be more respected, trusted, and successful if more CEOs acted on and were assessed for their role as civic and social leaders – the stuff that doesn’t show up on charts -- as well as their results for share owners.

Gary Sheffer is a senior corporate strategist at Weber Shandwick and the former chief communications officer at GE. 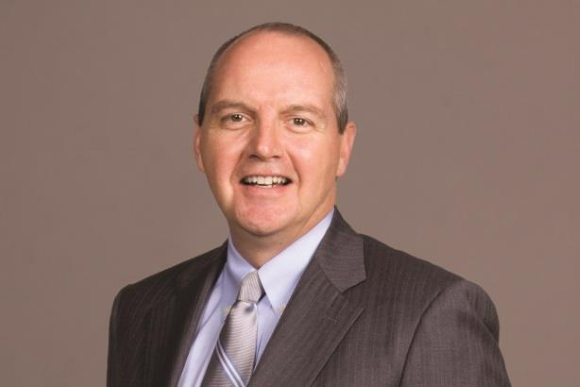