Charles Lewington rolls his eyes as we discuss the Conservative Party’s campaign for the June general election.

His criticism is pointed. The Party "made a mistake" in assuming that its polling strength was greater than it was, giving it confidence to adopt policies that were "difficult for the public to swallow", Lewington says. "It just produced a flawed manifesto, coupled with a flawed media strategy, and everything flowed from that."

The Conservatives were also less effective at using Facebook to target voters in marginal constituencies than they had been in 2010 and 2015, he argues. Theresa May’s "wooden" and "uninspiring" demeanour did not help either. 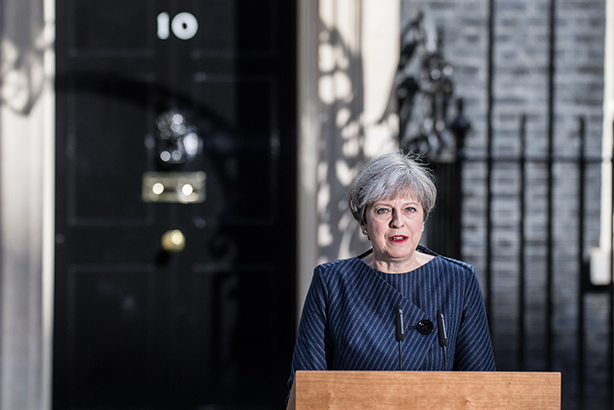 Lewington refers to the Conservatives as "we" during our conversation, and it’s clear that Tory blood runs through the veins of the charming and lucid founder of London-based Hanover Communications. Indeed, as John Major’s comms director in the 1990s, Lewington experienced the vagaries of political campaigning first hand.

The former Daily and Sunday Express journalist’s day job now is away from the corridors of power. His PR empire was among the UK’s fastest-growing mid-sized agencies in 2016.

Global fee income rose from £9.2m to £11.2m. Hanover achieved its aim of doubling revenue within five years with a year to spare; it intends to double it again by 2020. The group boasts 115 staff in four countries, representing Apple, Facebook, the Premier League, Tate & Lyle and Tesco, among other major clients. It is a so-called ‘Goldilocks’ agency, with a diverse offer but remaining a viable alternative to the global networks.

Hanover has grown quickly, but it was no overnight success. The idea of moving into PR originated in the aftermath of Tony Blair’s first general election victory, when Lewington was advised that the skills he had developed in his time Number 10, particularly crisis comms and strategic thinking, would equip him well for agency life.

He was cautious, but pushed ahead nonetheless. "There are certain times in your life when you do need to take the risk even though there may be short-term downsides, because ultimately you’ll get so much more satisfaction by doing it yourself."

The business was founded as Media Strategy in 1998 (it rebranded to Hanover in 2007). "I couldn’t say… that I had a clear strategic view as to what it was I wanted to build," Lewington admits. "It took a few years for that to become clear in my mind."

Among the early highlights was launching internet and telephone bank Intelligent Finance. "We applied the same sort of flair and fleet-of-foot thinking that you come to acquire in politics. So there was quite a lot of crossover between the skills that we learned and those that we needed to launch a new business. We learned a lot of lessons."

Expansion was initially in fits and starts, and Lewington talks of "quite frustrating periods" of consolidation between growth spurts.

Given Lewington’s political background, it is no surprise that Hanover began as a public-affairs specialist. The move toward a full-service offer started about five years ago, when it began routinely competing against bigger agencies, and client conflicts had served to limit new public affairs accounts.

"We were never going to grow the business without having a muscular and substantial corporate offer – certainly more than we had at the time," Lewington points out. "You need to have a more rounded offer, and what we’ve seen in the last year to 18 months is we’ve competed more and more with the big strategic comms consultancies."

The agency now covers healthcare, financial services, food and beverages, education, aerospace and defence, energy and resources, third sector and technology/media/telecoms. It also launched Multiple, which is based in London’s Shoreditch and focuses on fast-growth tech firms.

Sport has also become a focus, as Hanover started building a portfolio of sports clients about four years ago. Last year the specialism was incorporated into The Playbook, a consumer-focused sister agency led by Threepipe co-founder Eddie May.

"We thought: here’s an opportunity to move our sports portfolio over to The Playbook and build a more specialist team with appropriate branding, and let it fly." Lewington says The Playbook is doing "brilliantly well", adding the NFL and Standard Chartered as clients; this year it is set to generate about £1m in revenue.

Despite all this, Lewington says he "wouldn’t be so arrogant to say we’re a full-service agency". He concedes there are "gaps", and Hanover plans to beef up its digital capabilities and "upskill" with a focus on employee engagement. Building a research and insights team to identify key influencers, operating primarily within the corporate function, is also on the cards.

But Lewington is cautious about overstretch, and "quite disciplined" about Hanover’s sector specialisms, for example. "We have an eight-sector approach that’s driven by my, some say slightly conservative view, that it’s terribly tempting in the consultancy world to think: ‘There’s opportunity over there, let’s move into it,’" he says.

"I need to be given a very, very good business case for moving outside those eight core sectors, which, over time, means across the business we can build a high degree of competence and expertise that the clients look for," Lewington adds.

This strategy extends to international expansion. Hanover first ventured abroad in 2010, opening a Brussels office overseen by Christian Hierholzer, who previously led public affairs and later health at Weber Shandwick’s office in the city. Investment in the office is planned, amid the Brexit "gold rush" for good consultancies there.

Openings followed in Dubai and Dublin, and a partnership with Berlin’s Johanssen + Kretschmer was agreed. But Lewington plays down the idea of further overseas expansion soon.

"I have five subsidiary businesses [the overseas offices, The Playbook and Multiple] that are growing very fast, but all will need capital at different stages of their growth, so I don’t want to run before I can walk, or grow for growth’s sake," he insists.

Lewington is critical of the big agency networks that, in his words, "are struggling to regain their mojo", citing a structural problem for agencies in thrall to holding company P&Ls.

"If you keep control of the balance sheet, then, during the lean times, you can ensure that you are remunerating or paying bonuses in a way that you can retain talent for the next uptick," he argues. "Too often [with] these big networks if they hit a rocky patch, the talent just seeps away.

"The finance directors are happy for the talent to go because you reduce the cost base during the difficult time while forgetting that you need to retain the talent to retain the reputation for when the uptick comes. I think that’s why some of the big networks are changing their management structure, and they are putting much more emphasis on local management talent than they have previously."

Lewington contrasts this with what he calls the "entrepreneurial start-up culture" at Hanover and its subsidiaries, where managers are given certain flexibility within agreed targets. He is the majority shareholder, but equity options are available to others on occasion. "Nowadays it’s very difficult to build consultancies like this without accepting a reasonable amount of dilution as majority shareholder," he admits.

Is Lewington’s ambitious growth plan preparation for a sale? He’s surprisingly unequivocal. "It’s not something we’ve considered. The group focus is to deliver the next phase in our rapid-growth strategy following investments in great hires, new subsidiaries and international expansion."

Not averse to calculated risks, but not wishing to be blown off-course by a radical departure – Lewington is conservative, after all.

Read next: Three new agencies and more to come: How The Academy is quietly building a PR empire