Rumours have been swirling in recent days about Gibb’s appointment, and Flack was struck by this observation from one eagle-eyed BBC colleague:

Noted: Robbie Gibb's name was missing from the end credits of Daily Politics.

Incidentally, Flack had been assured earlier in the week by an eager to please agency PR chief that Chris Wilkins, a policy spad at Number 10, would "definitely" be taking up the comms position. Bravo...

Huge kudos to Sophie Kelk of travel PR firm Brighter Group, who next month takes on an endurance challenge that frankly makes Flack need to sit down just thinking about it.

Kelk is swimming (yes, swimming) 45 miles (yes, 45 miles) around the island of Jersey, and is raising money for the Motor Neurone Disease Association, in honour of a family member who has been dealing with ALS, a form of MND.

She is raising money via JustGiving. In case you needed any further indications of just what a challenge she has put herself up to, Sophie will be in the water for about 12 hours, and is not allowed a wetsuit under competition rules. Good luck to her. 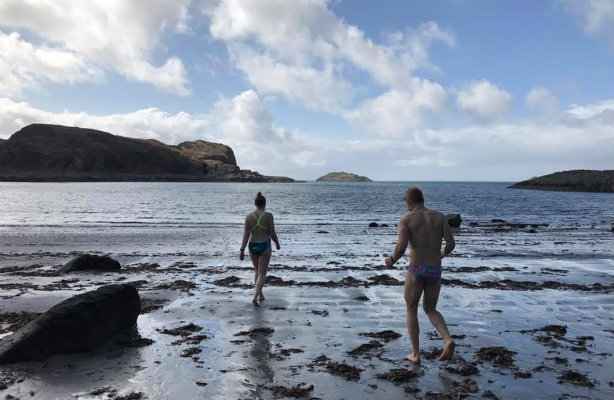 ...while hacks and flacks suffer in jerseys

City types donned cycle jerseys on Sunday for the inaugural Hacks v Flacks charity bike ride. A total of 45 riders took on the 100km route around the Surrey Hills, with the victorious team of journos led by The Times' City editor Richard Fletcher, and James Leviton of Finsbury leading the comms contingent. 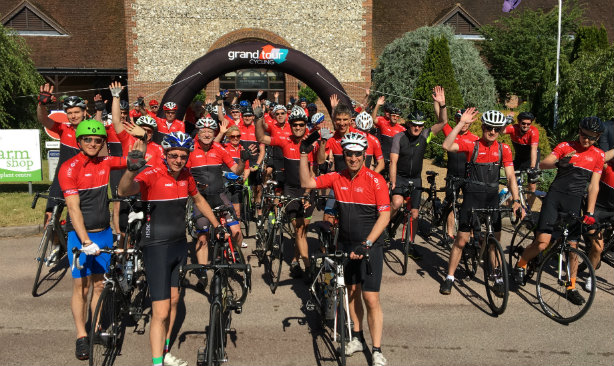 Another great sporting endeavour here from an up-and-coming marcoms entrepreneur by the name of Sir Martin Sorrell, whose WPP outift is something of a hot property, Flack understands.

Sorrell got himself a seat in the Royal Box at Wimbledon, next to Pippa Middleton no less.

So much for the proletariat – front row seat for @tom_watson in the Royal Box at Wimbledon!! (Blocking Pippas view) pic.twitter.com/onip5ZZgYK

PRWeek is used to being pitched thought leadership pieces on current topics, but a sister title recently received one such pitch that was notable, in a bad way.

Headed "Grenfell Tower - managing the aftermath", an email from the owner of a "platform" that has "been used to manage communications across the globe" during crises offers to provide an article on "how critical communications technology can streamline relief strategies and ensure action is timely".

A big plug for its own services, in other words.

The cheerful email tells the journalists that if they would like to talk to the company about the issue, "I'd be more than happy to set up a call!"

The realisation about the insensitivity of nakedly exploiting a tragedy for commercial benefit appears to have dawned on the sender, however. A follow up email reads: "We were wrong to link a feature to this crisis at such an insensitive time – please do accept my apologies.

"We are making a substantial donation to the Grenfell Tower fund and will not be issuing any further content on the crisis. It was in no means an intentional attempt to capitalise on the tragic event."

Let’s hope lessons have been learned.