The report, now in its 11th year, was commissioned by the European Public Relations Education & Research Association and the European Association of Communication Directors. It questioned 3,387 comms professionals across 50 countries in Europe.

A social bot is defined by the report as "a computer algorithm that automatically produces content and interacts with humans on social media, trying to emulate and possibly alter their behaviour".

A spokesman said: "As recognised in the ECM report last year with automation and big data, we strongly see that communicators are still not prepared in the field of algorithms, big data and analytics. So the low technical knowledge and skills are one major reason why social bots [are seen as a threat to business reputation]."

Another reason, the spokesman added, was the "very negative and mostly one-sided" media coverage about social bots during the Brexit and US election campaigns last year.

While 43 per cent of comms pros do see opportunities for social bots, one quarter do not, while 33 per cent were undecided, the survey shows. Opportunities include automatically aggregating content from various sources, like simple news feeds, and automatically responding customer inquiries.

Currently, however, just six per cent of PRs use social bots for strategic comms, while 8.5 per cent plan to use them in the near future. PRs said bots would mostly be used for automated responses (51.5 per cent) or for identifying and following people on social media (45.8 per cent). 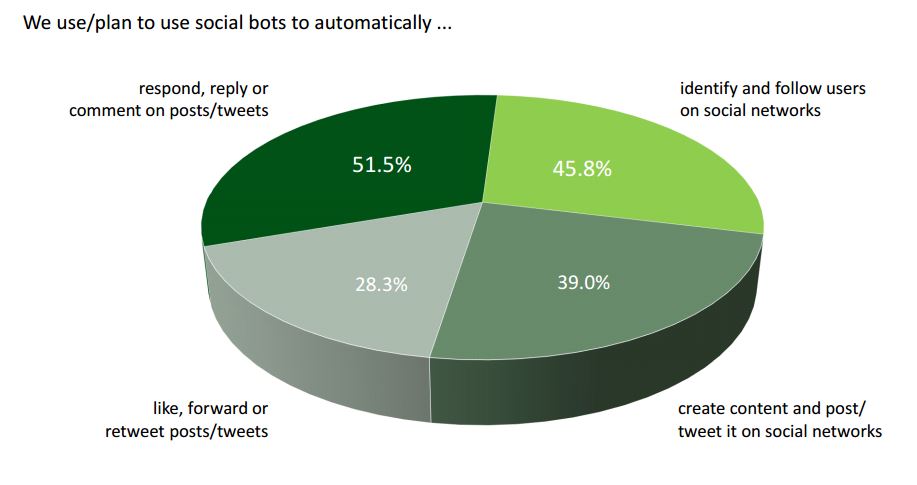 According to the survey, nearly three quarters think social bots present ethical challenges for comms professionals. Nine per cent disagree with this view, while 18 per cent had no opinion.

The survey also reveals half of PRs think social bots present a threat to brands and their reputation, for example if they are implemented poorly, or do not behave as expected once activated. Nineteen per cent said bots were not a threat, while 31 per cent were neutral.

A spokesman for the European Communication Monitor told PRWeek: "As always in strategic communication, [bots] can be used for good or bad purposes". 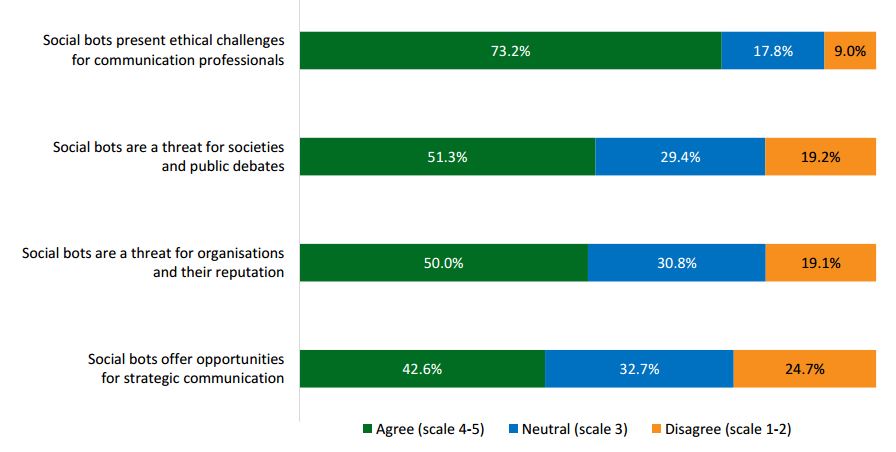