Squeo will report to Jon Iwata, SVP of marketing, communications, and citizenship, according to an internal memo. 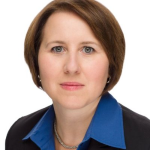 Prior to that, she was an MD at 30 Point Strategies. Squeo also served in numerous positions at Lockheed Martin before moving into the top comms job for the company’s cybersecurity and IT business, according to her LinkedIn account. Previously, she was director of PR at Raytheon.

During her career as a journalist, Squeo was part of The Wall Street Journal team that won the 2000 Pulitzer Prize in national reporting for stories on U.S. defense spending and military deployment after the end of the Cold War, according to the Pulitzer website. The team also won the Gerald R. Loeb Award for beat reporting in 2004. She also worked as a journalist at Bloomberg.

An IBM representative couldn't be reached for additional comment.