From The Academy’s quirky offices in London, Kaye talks passionately about how he and agency co-founder Dan Glover are building a communications group that attempts to rival the best in the business.

"To succeed in PR you need to be fleet-footed and entrepreneurial," he says, adding that The Academy is built on four key principles.

"These are intelligent thinking, applied creativity that can be turned into best-in-class creative work, professional production, and being connected to the right people. Without these, I don’t know where you’d go in this industry."

Kaye says if an agency has all four, it should succeed. "But agencies have to be able to work at speed. Our group is very quick by nature and I think the need to be quick is bigger than ever in our industry."

The Academy, which Kaye and Glover established in 2014, is certainly growing quickly. According the PRWeek UK 2017 Top 150 Consultancies table, it expanded by 31 per cent in 2016, recording revenue of just under £4m. It also swelled its ranks from 32 employees in 2015 to 39 last year.

Much of this growth is thanks to The Academy’s consumer PR offering Shine, which merged with The Academy in 2016. Kaye, who alongside Glover took a majority stake in the agency as a result of the merger, was appointed CEO in March last year. Shine’s current roster of clients includes Morrisons, WWE, Disney, Amazon and Domino’s.

Kaye's world doesn't begin and end with Shine, though. In a bold move, he and Glover have spent the last 12 months launching an events and experiential expertise company, a film production business, and a specialist arts and culture PR agency.

"Last year we launched new events firm Jubba, which is headed up by event producer Andy Ashton and includes Instagram as a flagship client; and specialist arts and culture PR agency called All Things Considered, which is led by ex-Cow PR MD Clare Myddleton. Its clients include educational business School of Life, and contemporary art fair Fresh," Kaye says.

The third new agency – The Academy Productions - is fronted by BAFTA-nominated filmmaker Gary Tarn, and has produced more than 200 films in the last 12 months, he adds.

It's not quite integration, however. "Although we operate as a communications group, the idea is to have standalone agencies, which is why we haven’t unified all the brand names," Kaye explains.

"I'm adamant the best leaders of business are entrepreneurial, and should therefore have their own space and name partly above the door. They should be offered the freedom to grow and fulfil their ambitions. The agency model we are offering allows this." 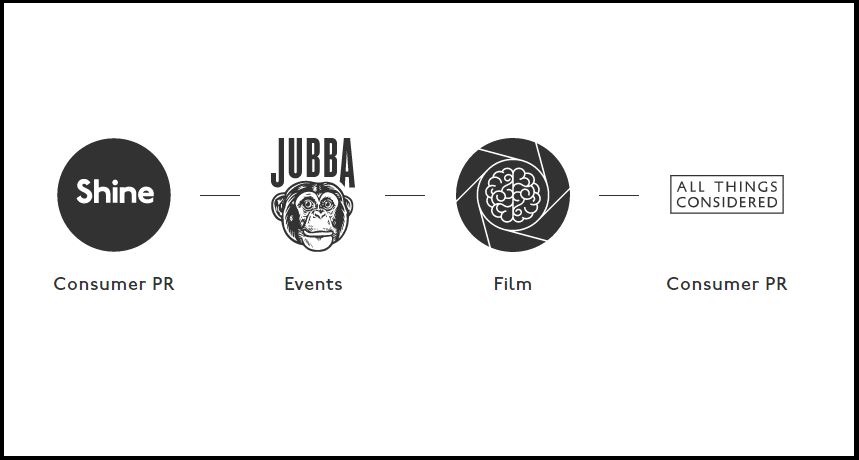 And that model is constantly evolving. In somewhat of a departure from Kaye's consumer PR background, he is also looking at backing a corporate PR agency, a behavioural change agency, and a digital business to sit under The Academy umbrella.

"Our plan is to create a group that offeres expertise from across the entire communications spectrum," says Kaye.

But despite Kaye's agencies all operating under one roof - with the exception of All Things Considered, which has offices in Brighton - work is only shared between them when clients demand it.

"We never cross-sell to people because clients hate that, it's irritating. None of our clients get overtly introduced to other parts of the group. If they need 'PR plus', we offer them the services of The Academy only."

He adds: "If you take something positive from all the places you’ve worked and study all the group models you can possibly get your hands on – which we have done – and then add energy, pace and spirit to all those other models, you can create something genuinely good.

"We want to be unique and we hope the services we offer our clients are of the highest possible standard. If we are unique, that is for others to judge. What I will say, though, is that we are competitive and impatient and want to be the best agency in the industry."

On the subject of recruitment, Kaye says the group has done really well getting some top names to lead the new agencies, "but it’s not easy finding good people", he adds.

Despite this, Kaye says the group’s next five hires are already on his radar.

"When we need someone, we don’t write a job description and start from scratch, we already have them in mind. We work hard to identify targets and hopefully we can move them into the business really quickly," says Kaye.

Amid the changes, however, traditional values of hard work remain crucial, he suggests.

"The pace, intensity, and expectation is unlike any other agency," explains Kaye.

"I don’t want this to be an easy place to work. I want it to be the kind of place where not everyone can handle it, because if that’s where you set your bar, then only the very best will prosper here."

However, Kaye says working for him "isn’t all about pressure".

"We never expect people to hit the ground running on day one. When you sign a world-class footballer, and spend millions of pounds, it can take months for them to adapt to the culture and style of that club - just look at Paul Pogba. Why should a PR agency be any different?"

But once people are settled in - typically after a few months - they are expected to produce "best in class" work and create "loads" of content for clients on a weekly basis, Kaye says.

"Those who surpass expectations will quickly find themselves rising up the ranks – the ethos of the group is to give people opportunities early, which is why at Shine we’ve created the youngest management team in the country - probably."

"And we have recently added three senior account directors: Joel Zietcer, Neil Broderick and Rochelle Collison. Zietcer and Broderick were named in PRWeek’s 2017 30 under 30 list.

The best in the business

What next for this growing empire?

The Academy's success hasn’t gone unnoticed. Kaye admits there have been "one or two" people interested in buying the business. But despite having sold his first agency – Mischief – to Engine in 2013, Kaye says there are no plans to sell up again.

"It’s never been an objective to sell our business; all we care about is building the best agency in the country. If people come knocking on the door, it’s a compliment to every person who works with us, but ultimately we just want to be the best." 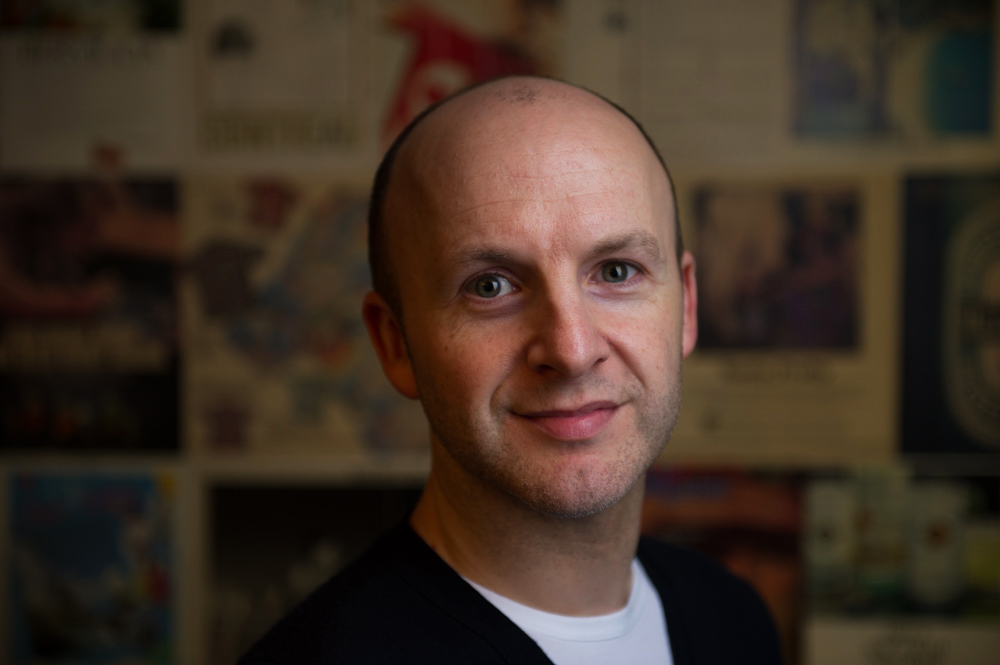 Pitching: "I love pitching because I’m competitive. If you love winning, you love pitching. However, it is very important that we understand the business behind the pitch and that we have complete clarity on the brief. As long as client gives us reasonable access to both, we are happy to pitch – but we turn down more pitches than we take on."

Stunts: "We don’t do stunts, and we never have. We do ‘moments’ within the context of a campaign. If you float something down The Thames and there is nothing before or after it, it’s not part of a campaign."

Social media: "It’s a really big part of what we do. But what we don’t do is have a social media idea... we have a campaign idea that can play out through traditional media as comfortably as on social media."

Use of influencers: "We deal with a different influencer every day and we have seen growth in that area in last few years, but as with social media, it depends how effective and intelligent the opportunities are. You can’t give a bad idea to a good influencer and hope it’ll work. Influencers are only as effective as the collateral they work with."