Terry Savage, chairman of the Cannes Lions International Festival of Creativity, has been the face of the festival for more than a decade now. He was the Australian representative for Cannes Lions for 15 years and during this period, promoted Australian creativity at the international event. He was appointed chief executive of the Cannes Lions in March 2003, executive chairman in 2005 and became chairman in 2006, taking on a strategic business development role for the division’s six Festivals – Cannes Lions, Eurobest, Dubai Lynx, Spikes Asia, Festival of Asian Marketing Effectiveness and Digital Asia Festival.

As the debate around the future of Cannes Lions grows louder, in an exclusive interview with PRWeek sister title Campaign India, he points out that the changes in the business will help reshape Cannes.

We have been hearing a lot of talk about the future of the festival. As someone who’s been responsible for bringing the festival to this scale what are your thoughts?

The festival has always been focused on creativity and that will not change. The real world changes as it relates to the tools that enable the production of creativity, but the broad concept of Cannes and creativity continues and will continue.

See all of PRWeek's Cannes content in one place here

Over the last few days holding companies have been critical of the current structure of the festival. What are your views?

We have made the comment quite clearly and that is at the end of the day we have driven an event, a big event, an important event. We announced that we are setting up an advisory committee with the industry, including holding companies and marketers to get their feedback on what they think can be improved.

The fact is that we have always spoken to the industry on an ongoing basis. The ideas have always come from the industry. Now we are going to formalise it into a specific committee made up of the constituent part of a client base. Let’s see if we can make it better than it is.

Martin Sorrell has spoken about shifting the Lions Festival out of Cannes. Is that somewhat like shifting Coca-Cola out of Atlanta or doing away with the contoured shaped bottle of the brand?

I think that’s my view. But there is no point in forming a committee if we are going to pre-judge what the committee is going to say to this.

Though my view is that you may not have so many places in the world where you can have so many hotel rooms in a village. That’s what makes Cannes work. Let’s listen to the committee. We have always been good listeners and we will continue to be.

Are the Lions and Cannes inseparable?

I think they are synonymous with each other. There are so many festivals in Cannes including the film festival, the festival of creativity, but at the same time for us to say that let’s go and form an advisory committee and then go in with less than an open mind sort of defeats the purpose.

We believe that Cannes is the right venue and we would champion Cannes. But the point is we have formed the committee and let’s see what they have got to say. 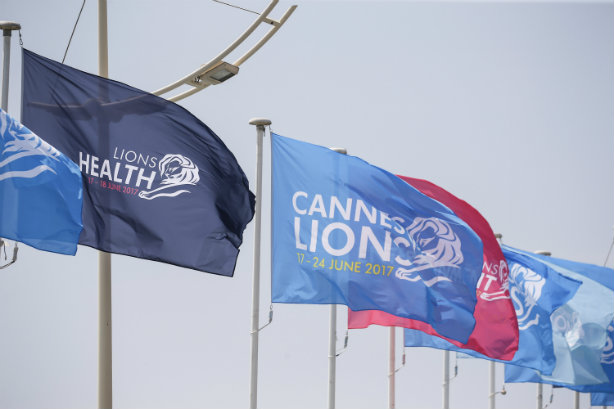 Are holding companies or agencies going to be part of the committee as we have still not heard any names of agency representatives?

Certainly. Representatives from all of the holding companies will be part of this committee. The formulation of that is not yet done or complete.

Is Cannes likely to become the equivalent of a tech show considering that large tech companies and consulting giants are stepping in a big way into this business?

A version of this article was first published by PRWeek sister titles Campaign India. Click for more Cannes news, views and analysis from PRWeek here