Clermont founding partner Victoria Sivrais highlighted Klimstra’s experience overseeing strategic comms for companies in different stages of the corporate lifecycle, including "newly public, high-growth, or in transition" in a statement on the hire.

Sivrais added that Klimstra will handle Clermont’s marketing and business development and bolster its advisory capabilities.

Klimstra said the areas Clermont services, such as shareholder activism or crisis comms, are typically unpredictable spaces, adding, "They [IROs] don’t always know exactly when they need it [outside consulting help]."

"It’s important for people in the IR role to know what’s out there, so that when [they face] a situation where they need outside help, they can bring that group in," Klimstra said.

She went on to highlight the thought leadership pieces Clermont has produced over the past few months. She said those pieces on emerging trends help empower IROs to "kind of lead the charge."

Sivrais said hiring Klimstra adds to Clermont’s presence on the West Coast, where they hope to build out their business. The agency does not have a physical office there.

Sivrais added the agency has experienced more than 30% year-over-year growth since launching.

Clermont, a Chicago-based firm, has filled its ranks with veterans of Ashton Partners, many of whom joined FTI Consulting after it absorbed Ashton in October 2007. 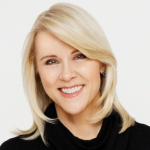 Klimstra exited Ashton in 2003, and then led investor relations at a handful of companies, including several in Silicon Valley, according to her LinkedIn profile. She served as VP of IR at IT corporation CDW until the company went private in 2007, according to LinkedIn. Later, she held the roles of senior director of IR for tech manufacturer Flextronics and senior director of IR and corporate communications at medical devices company Conceptus before it was acquired by Bayer Healthcare. Klimstra was also director of IR for International Game Technology and head of IR for Jive Software.

She has also served as chair of the Senior Roundtable for the National Investor Relations Institute, according to a statement from Clermont.

Editor’s note: This article was updated on June 6, 2017 with comment from Klimstra.