The squad urged commuters to ditch their work-wear in favour of shorts to help them "soak up every second" of summer, said Scottish marketing and PR agency Wire, which created the stunt.

A handful of those brave enough to take on the challenge will each be rewarded with a holiday for two.

Summer in the UK starts twice - once for the meteorological summer on 1 June and again on 21 June, which marks the start of the astronomical summer.

Magners marketing director Paul Condron said: "Our seize the summer squad have kicked things off early in London, but will be making their way around the country in the coming weeks, encouraging people to have proper fun in the sun with their mates." 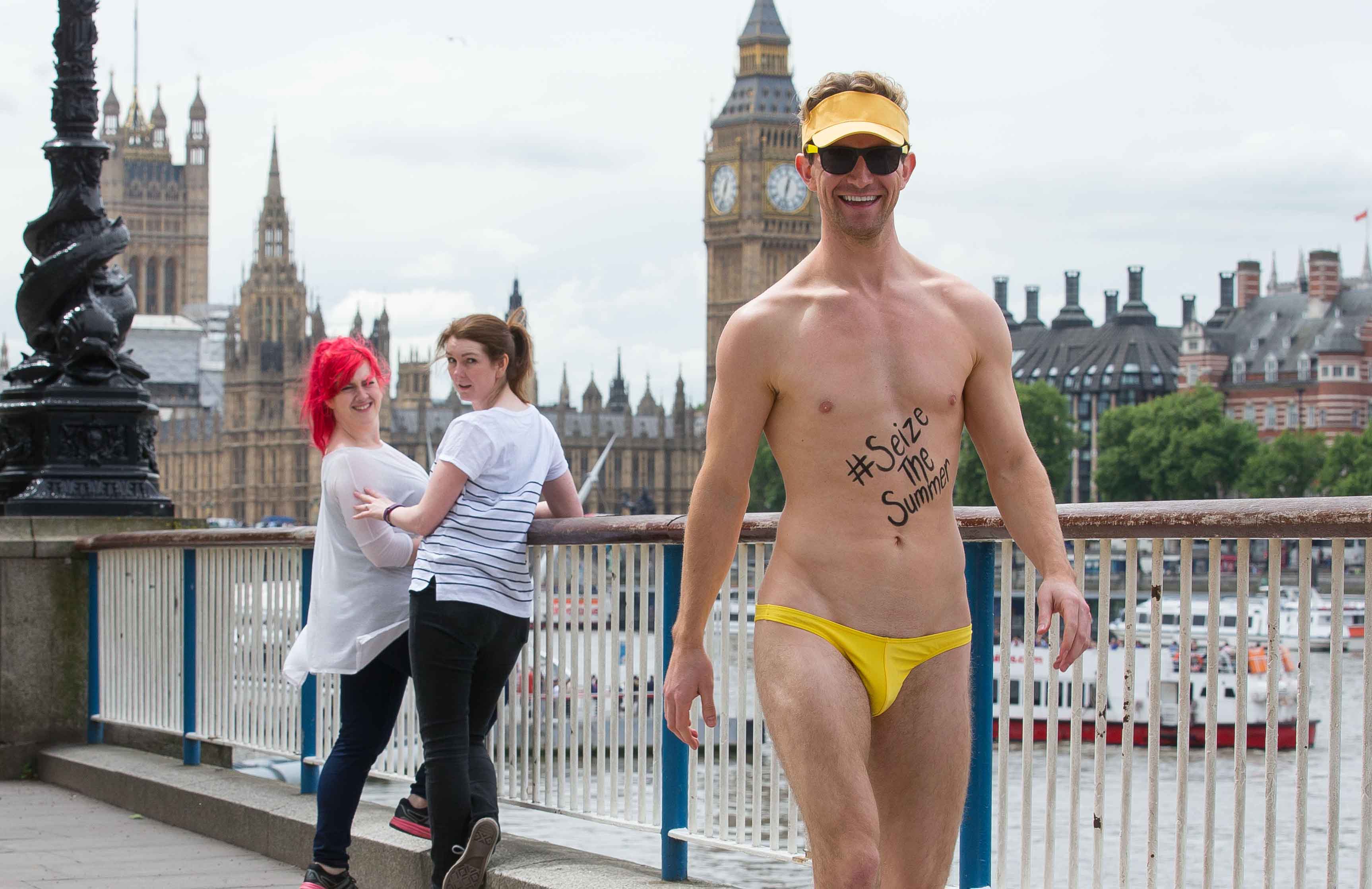 The campaign also includes a YouTube video (below), poking fun at everything Brits love (and hate) about summertime.

Magners will also team up with easyJet Holidays to give away 400 holidays to consumers from July.